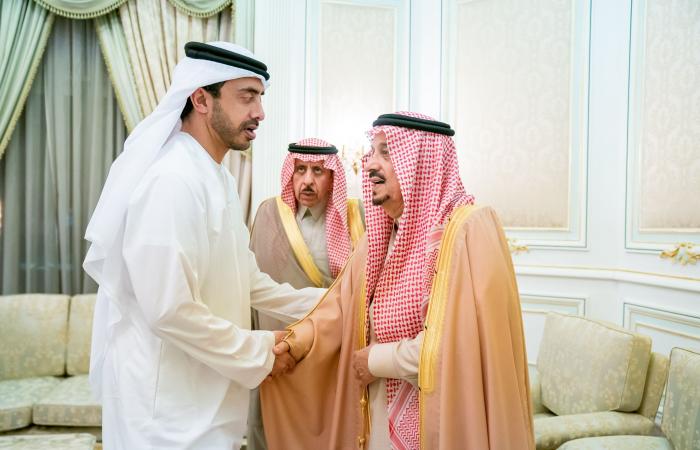 Sheikh Abdullah extended his heartfelt condolences on the death of Prince Miteb, also praying to Allah the Almighty to rest his soul in Paradise and grant his family solace and patience.

These were the details of the news Abdullah bin Zayed conveys condolences of UAE Rulers to sons of Prince Miteb bin Abdelaziz for this day. We hope that we have succeeded by giving you the full details and information. To follow all our news, you can subscribe to the alerts system or to one of our different systems to provide you with all that is new.