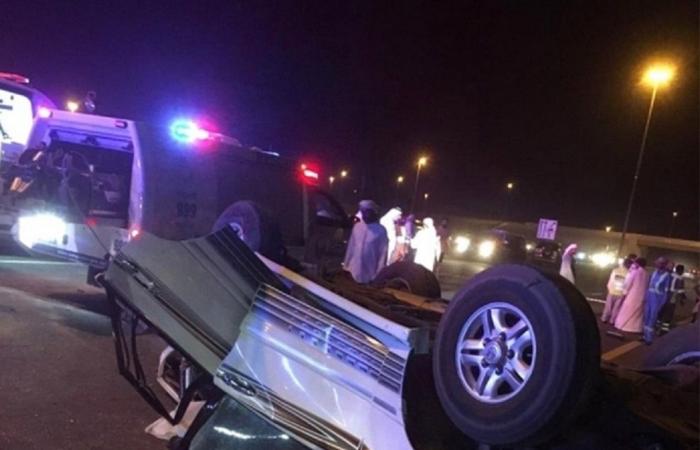 Aden - Yasmine El Tohamy - The car they were travelling in was completely damaged and they died on the spot.

Two young Emirati men succumbed to fatal injuries, while four others were injured, in a two-car accident late on Wednesday, January 1, on the Azan-Al Tawain road in the south of Ras Al Khaimah.

The two victims, identified as Sultan Hamdan and Nawaf Salem, were based in the Azan area in the emirate.

The two men were seriously injured and could not make it, according to sources. Four others received moderate to serious injuries and were rushed to the Saqr hospital for treatment.

"The car the victims were travelling in was completely damaged, and investigations are underway to identify the reasons behind the mishap."

The central operations room of the RAK Police, alerted of the road crash, dispatched police patrols, ambulances, paramedics and rescue teams to the reported site.

"19-year-old Sultan Hamdan and 18-year-old Nawaf Salem could not make it and died on the spot due to the impact of the accident."

The victims were shifted to the morgue of a nearby hospital.

The funeral prayer was performed for the two Emirati young men at the Sheikh Saif Ali Al Khatri mosque, Azan area, on Thursday morning at 7.30am.

These were the details of the news Ras Al Khaimah - Two teenagers die in New Year road accident in UAE for this day. We hope that we have succeeded by giving you the full details and information. To follow all our news, you can subscribe to the alerts system or to one of our different systems to provide you with all that is new.