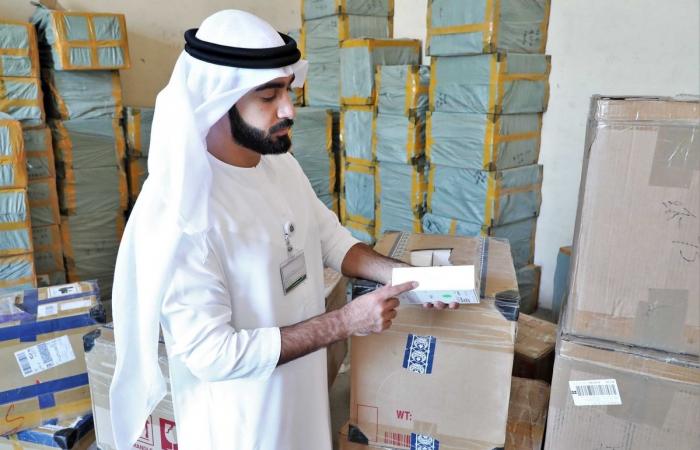 Thank you for reading the news about 72,941 fake products including chargers seized in Sharjah and now with the details

A staggering 72,941 fake products were seized by the Sharjah Economic Development Department (SEDD) during a campaign carried out in industrial zone number 18. These included chargers, stickers and other counterfeit goods valued at Dh36,470. Empty boxes bearing well-known trademarks were also confiscated.

Salim Ahmed Al Suwaidi, deputy director of commercial control and protection department at SEDD, said that the inspection campaigns on the markets and establishments in the emirate would continue to ensure that rules and regulations are being followed.

He called on consumers to report any commercial fraud or violation by calling on 80080000.

These were the details of the news Sharjah - 72,941 fake products including chargers seized in Sharjah for this day. We hope that we have succeeded by giving you the full details and information. To follow all our news, you can subscribe to the alerts system or to one of our different systems to provide you with all that is new.