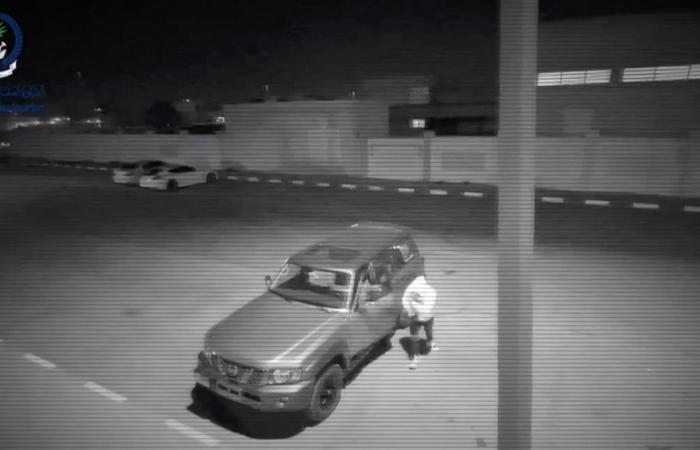 Thank you for reading the news about Video: How thieves target unattended vehicles in UAE and now with the details

Aden - Yasmine El Tohamy - The police share a video to show how theft occurs due to the negligence of the car owners.

Sharjah Police have urged car owners not to leave their vehicles unattended with the engine on and keys inside. They warned that thieves target idle cars, when the  drivers step out for a quick errand.

The police took to Twitter to share a video to show how theft occurs due to the negligence of the car owners.

As part of the campaign which launched earlier this year, the police distributed brochures about the preventive measures that must be followed to protect the vehicles from theft.

To prevent thefts, valuables and cash should be kept in safe places and the vehicle should be parked safely, especially when the owners travel out of the country for long periods.

They also urged drivers to exercise caution while dealing with strangers, which would go a long way in helping reduce crime. They also stressed that bank customers should be extremely watchful of their surroundings, as many thieves monitor and track people who withdraw money or carry valuables and goods with them.

The authorities urged people to inform the police about any suspicious hangers on around in the city, especially at night.

They asked  citizens and residents to cooperate with the security services and not hesitate to report anything that raises suspicion - 999 for emergencies; 901 for non-emergency cases; criminal investigation department on 80040, and, central region operations at 8027777-60.

These were the details of the news Sharjah - Video: How thieves target unattended vehicles in UAE for this day. We hope that we have succeeded by giving you the full details and information. To follow all our news, you can subscribe to the alerts system or to one of our different systems to provide you with all that is new.