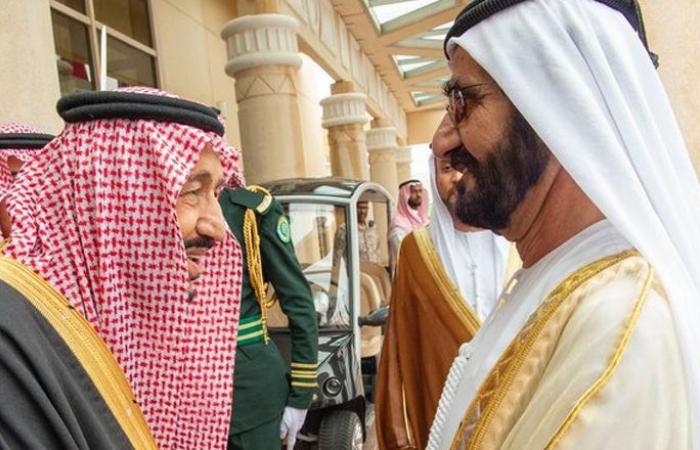 Thank you for reading the news about Video: Sheikh Mohammed arrives in Riyadh for 40th GCC Summit and now with the details

His Highness Sheikh Mohammed bin Rashid Al Maktoum, Vice President and Prime Minister of UAE and Ruler of Dubai, arrived in Riyadh on Tuesday to participate in the 40th Gulf Cooperation Council Summit.

Sheikh Mohammed and his accompanying delegation of officials were received at the King Abdulaziz Air Base by the Custodian of the Two Holy Mosques, King Salman bin Abdulaziz Al Saud, along with several Saudi Sheikhs and senior officials.

Upon his arrival, Sheikh Mohammed was greeted with a Guard of Honour.

These were the details of the news Dubai - Video: Sheikh Mohammed arrives in Riyadh for 40th GCC Summit for this day. We hope that we have succeeded by giving you the full details and information. To follow all our news, you can subscribe to the alerts system or to one of our different systems to provide you with all that is new.