Dubai - Former Chinese FM lashes out at the US trade policy 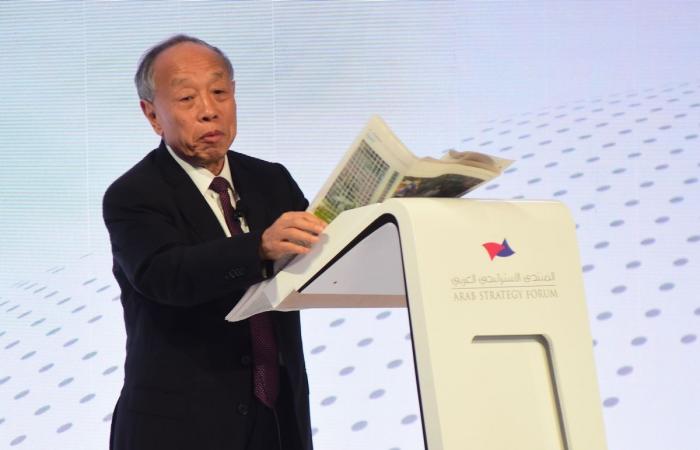 He made the comments during a tense panel discussion with former US vice-president Dick Cheney at the 12th Arab Strategy Forum (ASF 2019) in Dubai.

The politicians were speaking at the session attended by His Highness Sheikh Mohammed bin Rashid Al Maktoum, Vice-President and Prime Minister of the UAE and Ruler of Dubai, on Monday.

US President Donald Trump's trade war on China has been ongoing for 17 months now, with more tariffs on Chinese goods due on December 15.

Cheney used his first and only turn during the discussion to criticise China over becoming more repressive and using its "increasingly economic military power to challenge the international order".

"China has grown richer. By some estimates of its economy, it will soon exceed that of the US. It's far from liberalising and relaxing its grip. In the past decade, the regime in Bejing has become more repressive and more militantly nationalistic," Cheney said.

"Instead of evolving into a mellow power, it has grown more assertive and it has used its increasingly economic military power to challenge key aspects of the prevailing regional system and the larger international order.

"The bottom line is that we had hopes for political evolution in China, both in terms of how they operate internationally and domestically. But, those hopes have not been realised despite significant economic change."

Zhaoxing fired back at Cheney with a history lesson, saying that America has "forgotten its history" and the trade war it had with the British prior to its independence. He went on to say that Cheney was learning his information from "biased American journalists" and that "China will never learn from a world super power".
"According to what I've learned from American professors in university, the Northern American continent used to be a colony of the British Empire. American people suffered a lot and then in 1776 it gained its independence. I suppose some Americans have forgotten their own history. They're talking about the trade war between the US and China; they've forgotten about the trade war with their former ruler - the British," Zhaoxing said.

"You forgot what happened in 1776 in Boston and the tea party. In China, we have a saying: 'A poor child from a poor family will go far, will be successful'.

"America, you have allowed your forefathers to be exploited and bullied by western Europeans colonials. After you got your independence, you moved up really fast with inventions.

"And, when you became the number one economy and military power, you became a student and a learner of the former world force - the British - you want to bully others.

"I wanted to be candid, I learned this from American teachers and professors. For the future, I hope we remember what the Rulers of the UAE told us - we start our future today, not tomorrow.  I hope the American politicians will realise the serious and stupid mistake they have already committed."

These were the details of the news Dubai - Former Chinese FM lashes out at the US trade policy for this day. We hope that we have succeeded by giving you the full details and information. To follow all our news, you can subscribe to the alerts system or to one of our different systems to provide you with all that is new.