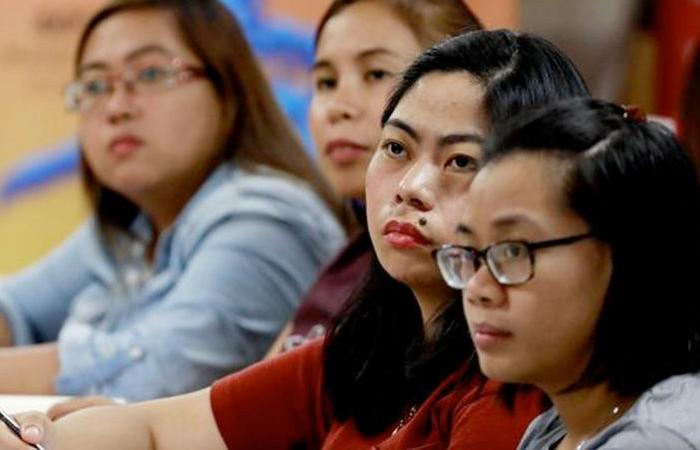 The efforts of the Philippines in addressing COVID19-related socio-economic challenges of overseas Filipinos (OFs), some 600,000 of whom are in the UAE, have earned the praise of an official of an international organization which works closely with the United Nations (UN) and governments on overseas and local migration issues.

International Organisation for Migration (IOM)-Philippines Chief of Mission Kristin Dadey has also suggested that Manila continually work on and frame reintegration policies and strategies for the overflow of returning Filipinos. She has claimed that the pandemic would lead to the “devastating decline” of international remittances at 13 per cent in East Asia.

Dadey added, “The (National Economic Development Authority of the Philippines) said the (decrease) would be at 20 to 30 percent.”

She had earlier quoted UN Secretary General Antonio Guterres as describing the pandemic global economic spiral as “worst than the Great Depression.”

Dadey expressed her views via the “COVID19 as a Mobility Crisis: Repatriation of Migrants from the Gulf States” webinar on Friday (10 a.m. in the UAE/2 p.m. in the Philippines), co-organised by the United Nations Institute for Training & Research (UNITAR) and the UP (University of the Philippines)-CIFAL, in partnership with Rights Corridor and IOM.

UP-CIFAL espouses the 2030 Agenda for Sustainable Development which is about the inclusive economic growth, poverty reduction and equal rights for all men and women migrants. The centre was established in 2016 as a cooperation agreement between UP and UNITAR. Rights Corridor is an online news portal and policy research entity.

Dadey said due acknowledgement must be given to the Philippine government which had, considered among others, the $200.00 (Dhs730.00) each allocation to displaced OFs.

The initiative has been doubted, frowned upon and lambasted by some Filipinos in the UAE as the release of this one-time financial assistance has become slow and unpredictable.

On early Friday morning, passed on to Gulf Today was a Facebook post diminishing the aid programme. The post, from a certain Charlene May Bello, instructs readers to email her over [email protected] for the speedy release of the one-time cash assistance to all the “700,000 Filipinos in the UAE.”

Dadey lauded how Manila’s Department of Foreign Affairs-Office of the Undersecretary for Migrant Workers Affairs (DFA-OUMWA) has been handling and managing the exodus of millions of OFs from all parts of the globe. Contrarily, Rights Corridor managing director/Gulf Labour Markets and Migration associate/UP-CIFAL Programme fellow Froilan Malit Jr. passionately rebutted the report and claim of DFA-Migrant Workers Affairs Undersecretary Sarah Lou Arriola regarding the ardent desire of pandemic-impacted OFs to return home.

Meanwhile, among other topics, Arriola believes that post-COVID19 bilateral agreements on labour should stipulate and include measures ensuring the health and wellness security of OFs.

Dadey backed Arriola’s proposal. She argued that while COVID19 has “curtailed” migration and mobility, governments alongside other stakeholders must generate all the support they could offer to all the vulnerable including both overseas and domestic/local migrants on public health risks, possible hazards and their safety.

Arriola brought to the table the latest number of OFs from seven Middle East states expected to fly back to the Philippines by June.

She said repatriations are dependent on the balancing act of the Civil Aviation Authority in the Philippines among the scheduling of passenger inbound flights, the de-clogging of quarantine facilities and the volume of inbound passengers. She announced that Clark International Airport in Pampanga Province, Central Luzon would begin receiving chartered flights for returning OFs “next week.”

Arriola said Philippine missions have been besieged with numerous requests as OFs believe it is best for them to go home and be with their families.

According to Malit, he had personally interviewed 1,000 OFs in the region who prefer to stay put and hold on as they considered their possible joblessness, debts and other money matters hanging above their head, family and kin responsibilities, and health insurance, should they return to their country.

These were the details of the news ‘Manila should form reintegration policies for returning Filipinos’ for this day. We hope that we have succeeded by giving you the full details and information. To follow all our news, you can subscribe to the alerts system or to one of our different systems to provide you with all that is new.