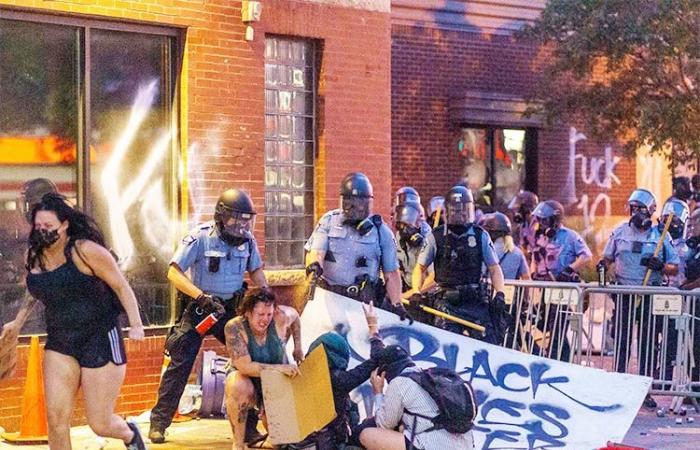 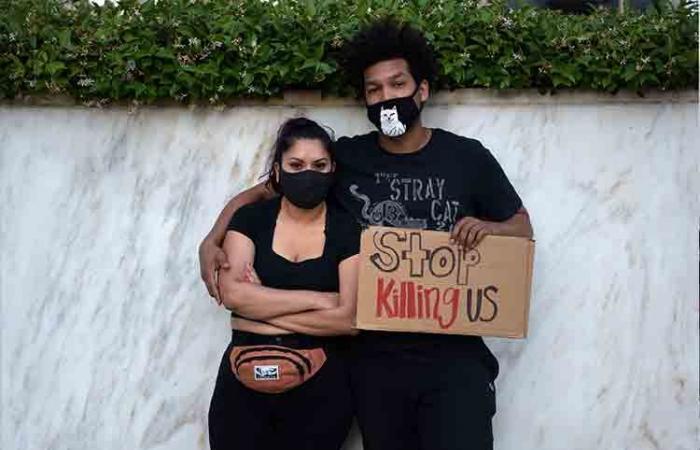 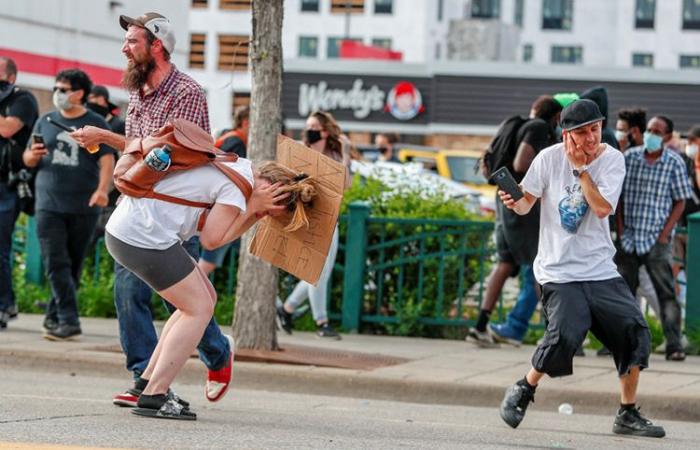 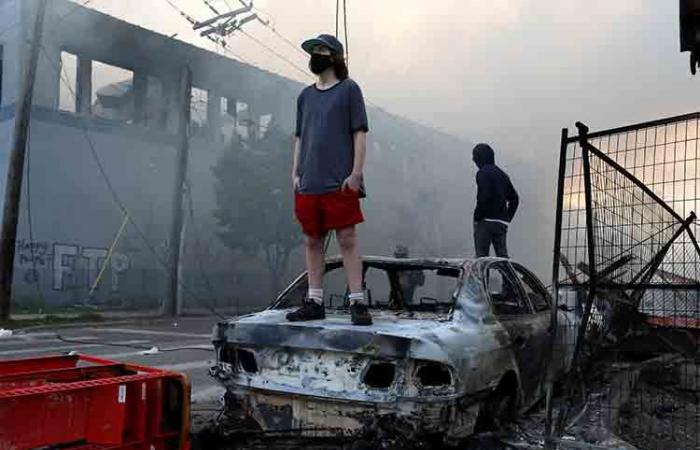 Hello and welcome to the details of VIDEO: Protests, looting erupt in Minneapolis over racially charged killing by police and now with the details 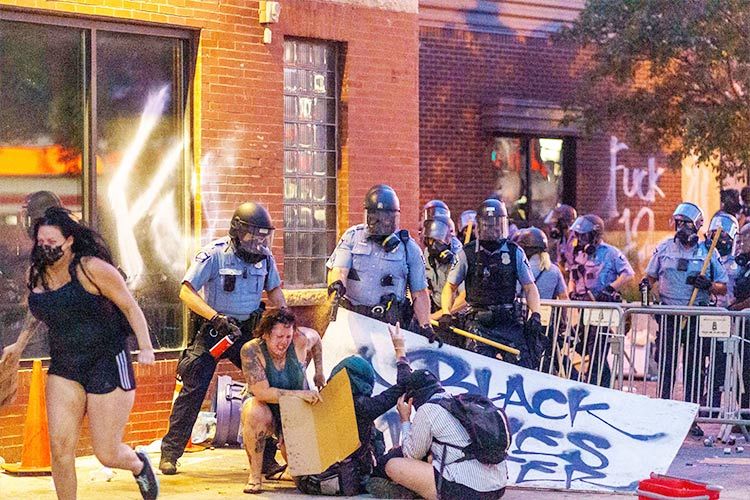 Protesters clashed with riot police firing tear gas for a second night in Minneapolis in an outpouring of rage over the death of a black man seen in a widely circulated video gasping for breath as a white officer knelt on his neck.

The video, taken by an onlooker to Monday night's fatal encounter between police and George Floyd, 46, showed him lying face down and handcuffed, groaning for help and repeatedly saying, "please, I can't breathe," before growing motionless.

The second day of demonstrations, accompanied by looting and vandalism, began hours after Mayor Jacob Frey urged prosecutors to file criminal charges against the white policeman shown pinning Floyd to the street.

Floyd, who was unarmed and reportedly suspected of trying to pass counterfeit bills at a corner eatery, was taken by ambulance from the scene of his arrest and pronounced dead the same night at a hospital.

The policeman shown kneeling on Floyd's neck and three fellow officers involved were dismissed from the police department on Tuesday as the FBI opened an investigation. 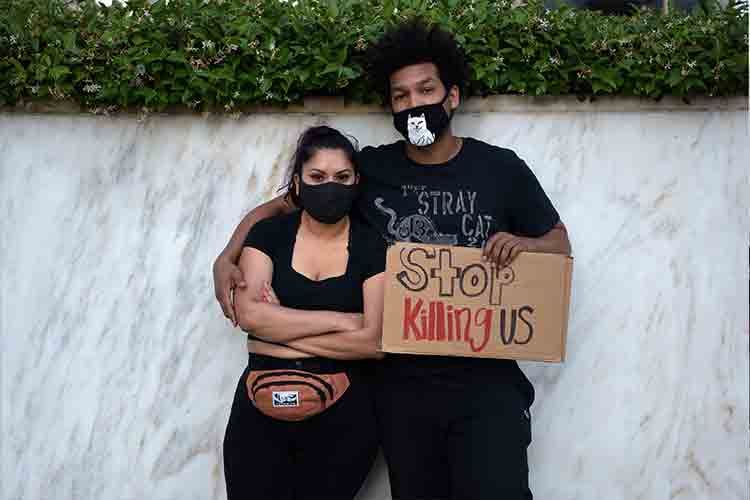 A couple poses with a sign as protesters gather in downtown Los Angeles. AFP

Hundreds of protesters, many with faces covered, thronged streets around the Third Precinct police station late on Wednesday, about half a mile from where Floyd had been arrested, chanting, "No justice, no peace" and "I can't breathe."

The crowd grew to thousands as night fell and the protest turned into a standoff outside the station, where police in riot gear formed barricade lines while protesters taunted them from behind makeshift barricades of their own.

Police, some taking positions on rooftops, used tear gas, plastic bullets and concussion grenades to keep the crowds at bay. Protesters pelted police with rocks and other projectiles. Some threw tear gas canisters back at the officers.

Television news images from a helicopter over the area showed dozens of people looting a Target store, running out with clothing and shopping carts full of merchandise.

Fires erupted after dark at several businesses, including an auto parts store. Eyewitnesses said the blazes appeared to be the work of arsonists. Media said a smaller, peaceful protest was held outside the home of one of the police officers. 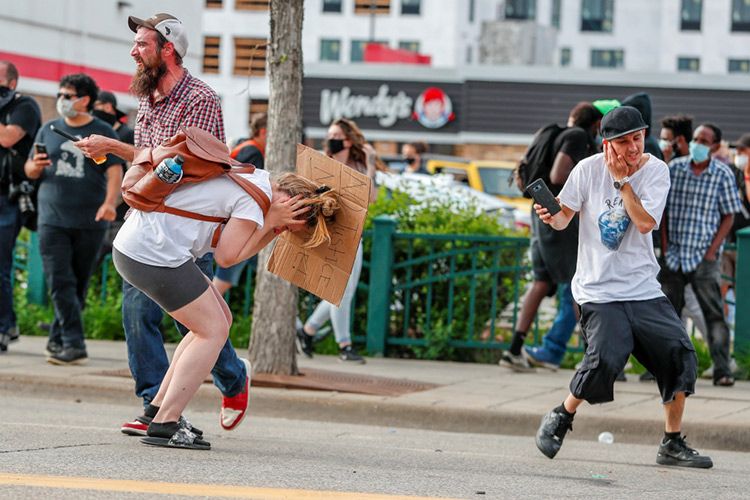 A man and a woman hold their ears after the explosion of a flash bomb in Minneapolis. Reuters

Outrage at Floyd's death also triggered a rally in his name against police brutality by hundreds of people in downtown Los Angeles on Wednesday afternoon.

That demonstration turned violent after a crowd marched onto a nearby freeway and blocked traffic, then attacked two California Highway Patrol cruisers, smashing their windows, local media reported. One protester who clung to the hood of a patrol car fell to the pavement as it sped away, and was treated at the scene by paramedics, news footage of the incident showed.

The video of Monday's deadly confrontation between Minneapolis police and Floyd led Mayor Frey to call on Wednesday for Hennepin County Attorney Mike Freeman "to charge the arresting officer in this case".

The city identified the four officers as Derek Chauvin, Thomas Lane, Tou Thao and J Alexander Kueng. It did not say who knelt on Floyd's neck, and gave no further information. 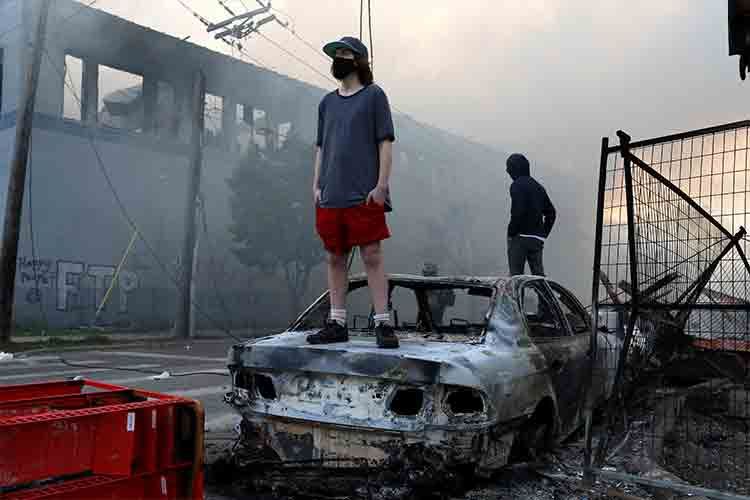 People stand on a burned up car near a Target Store in Minneapolis. AP

The local police union said the officers were cooperating with investigators and cautioned against a "rush to judgment".

"We must review all video. We must wait for the medical examiner's report," the union statement said.

The county attorney's office said it would decide how to proceed once investigators had concluded their inquiries.

The case was reminiscent of the 2014 killing of Eric Garner, an unarmed black man in New York City who died after being put in a banned police chokehold.

These were the details of the news VIDEO: Protests, looting erupt in Minneapolis over racially charged killing by police for this day. We hope that we have succeeded by giving you the full details and information. To follow all our news, you can subscribe to the alerts system or to one of our different systems to provide you with all that is new.

PREV All public transport drivers vaccinated against COVID-19 in Abu Dhabi
NEXT Mohammed tours Arab Health Exhibition, says wellbeing of citizens, residents is one of our highest priorities 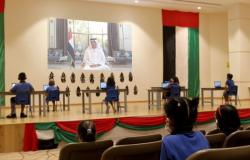 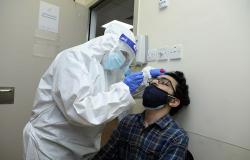 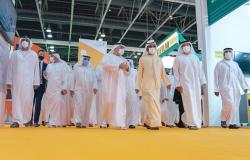 Mohammed tours Arab Health Exhibition, says wellbeing of citizens, residents is one of our highest priorities