The longest lightning bolt in the world lasts 8.5 seconds and... 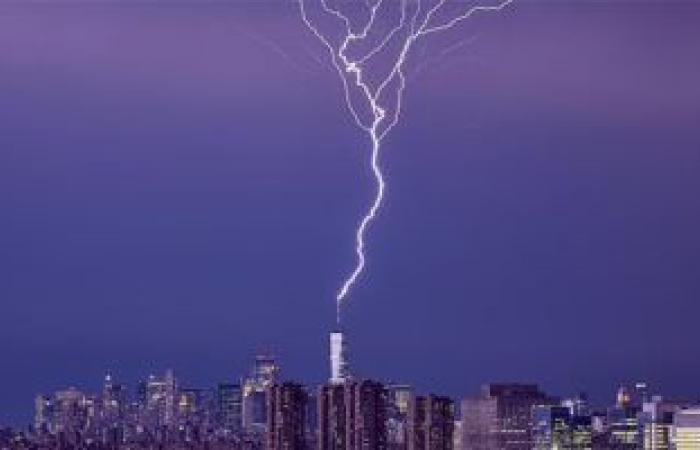 A huge bolt of lightning near the city of Wiggins in Mississippi that stretched across the skies of Louisiana and Texas towards Freeport on the Gulf of Mexico set a new record, taking a total of eight and a half seconds, and experts at the United Nations World Meteorological Organization (WMO) said, the lightning bolt extended A distance of 477.2 miles (768 km), the equivalent of the distance between London and Hamburg, Germany.

According to the British newspaper, “Daily Mail”, this number broke previous records by about 37 miles (60 km), and the WMO Committee of Experts on Weather and Extreme Climate Phenomena announced a new world record for the duration of the lightning flash.

“These are exceptional records of single lightning flash events,” said Randall Cervini, WMO Rapporteur on Weather and Extremes, adding, “Environmental extremes are live measurements of the power of nature, as well as scientific advances in the ability to make such assessments.”

The technology used to detect the length and duration of lightning flashes has improved dramatically in recent years, allowing for much larger recordings than in the past.

The previous ‘megaflash’ records, from 2018 and 2019, were the first to be verified using the new satellite lightning image technology, and both were more than double the records that preceded them using data collected from terrestrial technology.

“It is possible that there are still larger extremes, and that we will be able to monitor them as lightning detection technology improves,” said Cervini, of Arizona State University.

The World Meteorological Organization highlighted that the new record strikes occurred in the Great Plains of North America and the La Plata Basin in South America, known as the hotspots of so-called Mesotropical System (MCS) thunderstorms, which allow massive flashes to occur.

She stressed that the lightning strikes that set the new records were not isolated events, but rather occurred during active and widespread thunderstorms, which made them more dangerous.

These were the details of the news The longest lightning bolt in the world lasts 8.5 seconds and... for this day. We hope that we have succeeded by giving you the full details and information. To follow all our news, you can subscribe to the alerts system or to one of our different systems to provide you with all that is new.