10 Ways to Take Screenshots on PC and Laptop 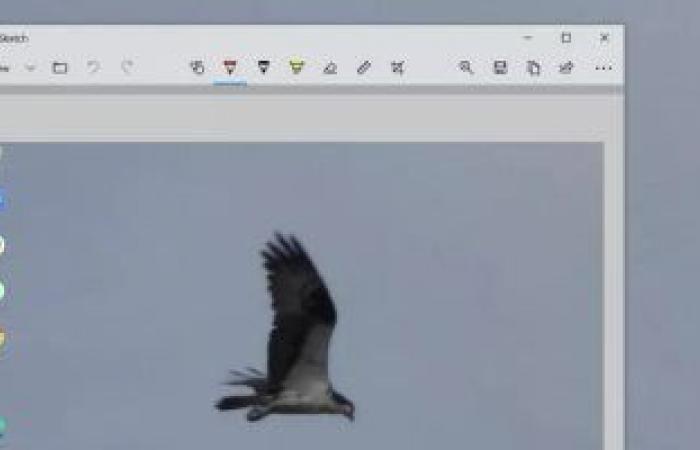 Screenshot is probably one of the most intuitive tools one can use on both smartphones and computers, while it is easy to take a screenshot on your phone, you might be wondering how to make it easier on your PC or laptop..

We have included a few easy steps to take a screenshot on your PC or laptop for both systems Windows And macOS .

You can take screenshots on a device MacBook or iMac In just a few easy steps.

You can use the keys Command + Shift + 6 for device MacBook that contains Touch Bar .

This is the only step that allows you to take a screenshot of a tape Touch Bar on device MacBook your.

The image will be saved to the desktop by default.

You can change it by selecting Command + Shift + 5 Then Options, then select the location where you want to save the image.

All your screenshots will be saved here in the future.

Longer pressing Command And Shift And 5 keys together is another way to take a screenshot on a system macOS your.

With it you can set the square on your screen and explore many options.

Once you have the correct dimensions, simply press enter to save the image.

Additionally you have the option to record video using the two buttons on the panel.

This allows you to record all or part of the screen that you can choose from the list of options.

The options menu also allows you to explore features like timer, screenshots, etc..

You can also press and release the space bar to change the drag pointer to the camera icon.

You can move this code to the tab you want to capture and then click on it or press enter.

In an advanced option, you can press and hold the space bar to lock the shape and size of the selected area.

You can also move it anywhere on the screen to capture another part of your screen.

button PrtScn It is available on all desktop and laptop computers Windows It is generally located in the upper-right corner of the keyboard.

Some laptops may require additional assistance from Fn or function key to use key PrtScn.

When you select this command, you can take a screenshot of the entire screen.

After that you need to open Paint and paste (Crtl + V) Screenshot and save it to the folder you want.

Note that this option only takes a screenshot of the active window. Again you will need to paste this into your drawing app to save it as a file JPEG or PNG.

Tool available Sniping Tool On all Windows devices, it is one of the easiest ways to take a screenshot.

You can find the Snipping Tool in the Start Menu.

If you need to take a lot of screenshots, you can save an app Sniping Tool on the taskbar for easy access.

One of the best features of Snipping Tool is its many options which include new options, mode, delay, cancel, and other options.

The new button will let you take a screenshot on your device in a free-form style without any pre-set shape or size.

You can drag your mouse pointer to select which part of the screen you want to capture.

Next comes the mode that allows you to choose from a specific shape such as a full screenshot or a rectangular shot.

The . button lets you Delay The Snipping Tool takes a screenshot after a few seconds and works like a timer and is very useful if you need to capture something from a video, for example.

Also, the cancel button, as the name suggests, will close the entire process.

You can explore the options button for additional functions to choose from.

On the other hand you can use the keys Windows And PrtScn together to save it directly as an image file, then the image will be saved to the Pictures folder.

Take a screenshot while playing the game

This is a useful tool for laptops running Android Windows And it makes it even easier when you’re in intense gaming sessions.

All you have to do is press a button Windows burden G For laptop cover.

After that press the keys Windows + Alt + PrtScn together which will take the screenshot.

Note that this will be saved to the capture folder under the videos.

If you play via Steam You can simply press the button F11 Then access it from folder Steam.

You can press my key Windows + Shift + S together, which darkens the background screen and allows you to drag your cursor to take a screenshot.

You can drag the area or screen you want to capture, which will be saved to the clipboard.

Open the Paint app and paste it to complete the screenshot image.

The mentioned steps are some of the easiest steps to take screenshots on your computer or laptop, whether it is running on the operating system macOS or Windows.

These were the details of the news 10 Ways to Take Screenshots on PC and Laptop for this day. We hope that we have succeeded by giving you the full details and information. To follow all our news, you can subscribe to the alerts system or to one of our different systems to provide you with all that is new.