Possible alien life forms in the clouds of Venus 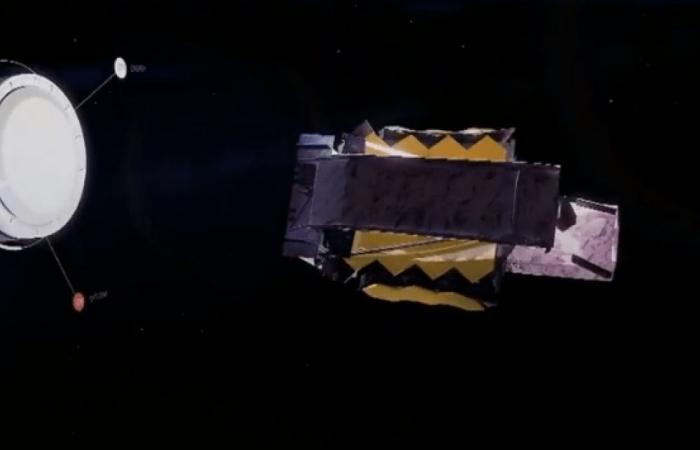 Astronomers believe that clouds in Venus”Venus may incubate possible forms of life responsible for the production of “ammonia” gas, explaining that it is “completely different from everything we have previously seen”, as the presence of this colorless gas indicates [الأمونيا]Note that it is a compound of nitrogen and hydrogen, possibly due to chemical reactions that would make the planet Venus, which is 47.34 million km from Earth, suitable as a home for forms of space life.

On our planet, ammonia is seen as a common waste product of aquatic organisms in general. Since the 1970s, its presence in the upper atmosphere of Venus has been a mystery to astronomers, as they believe that its production should not be attributed to any known power in the world.

In that regard, Venus itself is known to be so hot that it is unimaginable for any form of alien life to exist there, and if its clouds carry any living creatures, they will most likely be microbes similar to the bacteria found on Earth, even if the structures of Venus contain Chemically different from that on our planet, or even on car planets Our neighbor is like Mars.

This is because life on Mars is likely similar to that found on Earth, which gives scientists a clearer idea of ​​what to expect there. But “Venus”, on the contrary, does not resemble any another planet in the solar system.

In a new study, researchers from Cardiff University and Cambridge University, and the Massachusetts Institute of Technology (MIT), put virtual computer models of a range of chemical processes to show that, if ammonia is actually present on “Venus”, it will trigger a chain of chemical reactions that will “neutralize” neighboring drops of “sulfuric acid”. [تدمير خاصيتها الحمضية].

If this happens, the acidity of the clouds will decrease from -11 to zero, given that on the pH scale this is considered extremely acidic, but it remains at a level that life forms can tolerate. On Earth, there are organisms that produce ammonia. [علماً أنه غاز قلوي] In order to “neutralize” its challenging environment.

“We know that life can thrive in acidic environments on Earth, but nothing compares to the high acidity of Venus that it is believed to be. In contrast, if something makes ammonia in the clouds, it will neutralize some of the droplets, making them more livable,” says study co-author Dr. William Bynes, of the School of Physics and Astronomy at Cardiff University.

And by extension, the scientists went further, noting that the most plausible explanation is that “ammonia” is due to biological sources, not natural forces such as lightning or volcanic eruptions.

“Ammonia should not be present on Venus,” said study co-author from the Department of Earth, Atmospheric and Planetary Sciences (EAPS) at the Massachusetts Institute of Technology, Professor Sarah Seeger. [بشكل أساسي]Hydrogen is one of the constituent elements of this gaseous compound [إلى جانب النيتروجين], while the immediate surroundings of ammonia [في سحب الزهرة] It contains a very small percentage of this chemical element. Automatically, any gas that does not belong to the conditions of its environment is suspected of being made by living organisms.

For decades, some chemical fingerprints in clouds have remained unexplained, such as the presence of oxygen, non-spherical particles, and surprising levels of water vapor and sulfur dioxide. In earlier times, it was thought that these chemical signatures could be explained by the presence of dust, given that minerals swept from the surface of Venus may have made their way into the clouds and reacted with sulfuric acid. However, the problem was that the validity of this assumption depended on the presence of a very large amount of dust.

In contrast, if organisms produce ammonia, that chemical reaction naturally produces oxygen. Then, the “ammonia” is dissolved in the acid, turning it from a liquid round shape into a “salt-like mixture”.

According to Dr. Baynes, “There are many other challenges life forms must overcome if they are to live in the clouds of Venus. For a start, water It is almost non-existent there, while all life as we know it needs water to survive. But if life exists [على الزهرة]Neutralizing the acid will make the clouds a little more livable than we thought.”

In that regard, the chances of life on Venus seem very slim, according to Dr. Baines, who still has doubts that these issues can be explained by the presence of aliens. However, this could come from the vast disparity of life on Venus compared to its counterpart on Earth, in addition to the huge potential for the existence of alien life.

Dr. Baines added, “Having said that, if there is a slight chance of life being there [على كوكب الزهرة]This will be a transformative discovery that deserves to be followed up as a historic achievement.”

In 2023, the Venus Life Finder (literally, discoverer of life on Venus) mission will be launched to study cloud particles, but finding alien life will take a long time, as Sending devices to Venus A difficult and expensive step, as the ultimate goal is to extract a sample that potentially contains life forms and bring it back to Earth, where it will be subjected to a study more extensively than analyzed from a distance.

Therefore, Dr. Baines expects that implementation of this study and sampling will occur before the end of the current decade, but most likely before 2040.

This isn’t the first time that a chemical find has revealed signs of possible extraterrestrial life, incubated by Venus. Last year, scientists from Cardiff University also found traces of the rare and poisonous gas “phosphine” in the atmosphere of that planet.

Like ammonia, phosphine has a strong biosignature. When the results of that study were released, astrophysicist Emily Drabeck-Maunder of the Royal Observatory in Greenwich stated that “the production of phosphine occurs through some kind of chemical or geological process that no one knows about, or perhaps this is due to a biological cause.” In contrast, three subsequent studies put this assumption to the test, as no signs of phosphine were detected in the atmosphere of Venus.

The latest research has not yet reached that stage, but rather proposes an explanation that explains these strange phenomena. In fact, scientists will not come up with more realistic solutions [عن مسألة وجود الأمونيا في سحب الزهرة] Only after additional monitoring is performed by telescope radio satellite.

These were the details of the news Possible alien life forms in the clouds of Venus for this day. We hope that we have succeeded by giving you the full details and information. To follow all our news, you can subscribe to the alerts system or to one of our different systems to provide you with all that is new.