The sun will gradually engulf the neighboring planets, as scientists reveal... 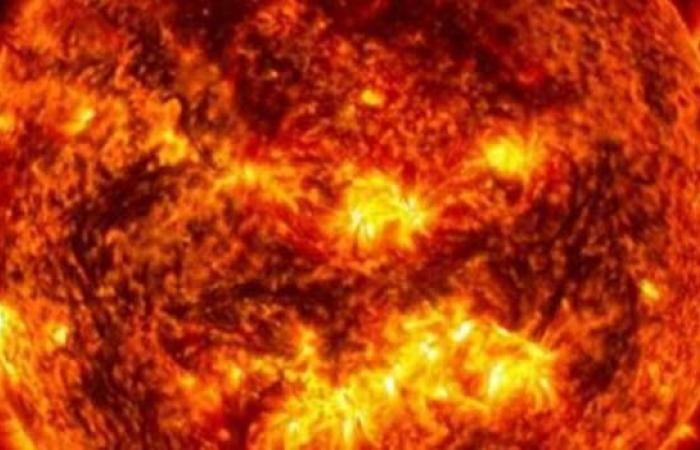 According to astrophysicists, the sun will gradually swallow up its neighboring planets, and the solar wind will increase to the point that it will eliminate the Earth’s magnetic field and get rid of its atmosphere, but will the sun explode?

According to a report prepared by the National Geographic magazine, citing a number of astrophysicists, and using some studies, the planets neighboring the sun have 5 billion years from now, although the final death of our medium-sized solar mass is trillions of years in the future, the life of the sun is in its current stage. , known as the main sequence, where nuclear fusion of hydrogen allows it to radiate energy and provides enough pressure to prevent this giant star from collapsing under its own mass – it will end about 5 billion years from now.

How will the sun swallow the neighboring planets?

As reported by National Geographic magazine, Paula Testa, an astrophysicist at the Center for Astrophysics, a collaboration between the Smithsonian Astrophysical Observatory and Harvard College Observatory, says: The age of the Sun is just under 5 billion years, meaning that its life will be in the range of 10 billion years or so. .

It will stop generating heat by nuclear fusion

And the universality of astrophysics continues by saying that: After the sun burns most of the hydrogen in its nucleus, it will move to its next stage as a red giant, at this point about 5 billion years in the future, the sun will stop generating heat through nuclear fusion, and its core will become unstable and shrink, According to NASA, meanwhile, the outer part of the Sun, which will still contain hydrogen, will expand, glowing red as it cools.

This expansion will gradually engulf the neighboring planets of the Sun, Mercury and Venus, and increase the speed of the Sun’s solar winds to such an extent that they will eliminate the Earth’s magnetic field and shed its atmosphere. Of course, this would surely be bad news for all life left on our planet by this point – assuming any survived the 10% increase in the sun’s brightness that is expected to evaporate Earth’s oceans within 1 billion to 1.5 billion year, according to a study published in the Journal of Geophysical Research Letters. Within a few million years of this initial expansion, the Earth’s rocky remains will likely also be consumed by the Sun.

Scientists expect that the Sun will then begin to fusing helium left over from fusing hydrogen into carbon and oxygen, before eventually collapsing into its core, leaving behind a fascinating planetary nebula — a glowing crust of hot, lingering plasma — in its outer layers as it shrinks into an incredibly dense stellar body. An incredible, and remarkably hot, Earth-size white dwarf.

The nebula will be visible for only about 10,000 years — the blink of an eye in cosmic time, says Paula Testa, an astrophysicist at the Center for Astrophysics, a collaboration between the Smithsonian Astrophysical Observatory and Harvard College Observatory. From there, what’s left of the Sun will spend trillions of years cooling off before eventually becoming an unemitting body.

To get to this timeline for both the Sun and all the stars, scientists needed to figure out how they emit energy, something that was difficult before nuclear fusion in solar masses was taken into account.

Testa, who researches the heating mechanisms and X-ray emission processes, such as solar flares, in the outer layers of the Sun’s atmosphere: Before the 1930s, one of the main ideas for how stars work was that energy came only from gravitational energy. Once astronomers and astrophysicists had a better understanding of the merger, they were able to come up with more complete models, along with the observed emission data from several stars, for the life of the stars.

According to Testa, by gathering a lot of information from many different stars, astronomers and astrophysicists can build a model of how stars evolve. This gives us a fairly accurate estimate of the age of the Sun. This age ranges from 4.6 billion to 4.7 billion years – also confirmed by radiometric dating of the oldest known meteorites, which formed from the same solar nebula, a rotating disk of gas and dust that gave rise to the Sun and planetary bodies in the Solar System.

These were the details of the news The sun will gradually engulf the neighboring planets, as scientists reveal... for this day. We hope that we have succeeded by giving you the full details and information. To follow all our news, you can subscribe to the alerts system or to one of our different systems to provide you with all that is new.