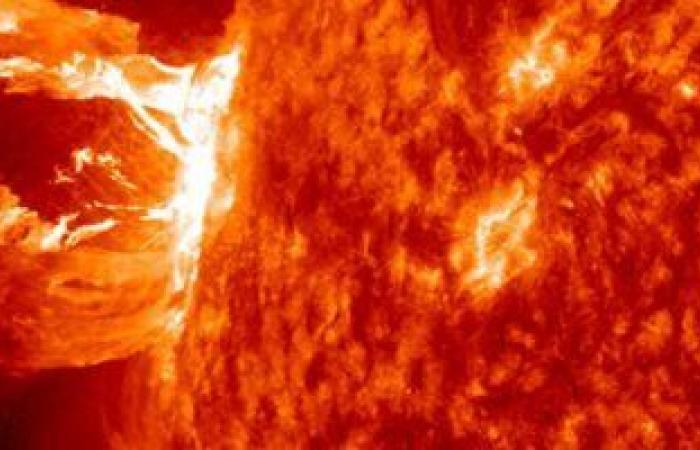 The United Kingdom Met Office revealed that the aurora borealis will be especially strong around the North Pole on Christmas Eve, and the aurora borealis phenomenon is caused by charged particles from the solar wind falling from our star and colliding with the Earth’s magnetic field, and this will be the result of a huge solar storm that erupted in The sun has been since last Monday, December 20, and could make the aurora borealis more intense than usual.

It was all caused by a coronal mass ejection (CME), an eruption of magnetically charged particles and plasma in the star’s halo, which is the outermost layer.

And while the aurora borealis may be beautiful, intense CMEs can lead to geomagnetic storms that disrupt satellite services and even shut down power grids.

The CME erupted from the sun at 11:36 GMT on Monday, due to a strong solar flare that erupted from a sunspot.

“The auroral oval is likely to improve slightly at high latitudes 22 to 24 due to enhanced geomagnetic activity of the coronal hole, and the chance of weak coronal mass ejection on the 23rd,” the Met Office said.

And the sun moved into the active phase of its cycle in 2020, which has already led to an increase in flares and solar storms that reach Earth.

It will peak around 2025, by which time the ESA Solar Orbiter is expected to fly within 26 million miles of our star to study this activity and associated space weather.

It is expected that there will be more intense solar flares over the next few years, as the sun reaches its most active period, and this solar flare is an intense explosion of radiation that comes from the release of magnetic energy associated with sunspots, which are areas that appear dark on the surface of the sun. the sun.

These were the details of the news Powerful aurora borealis and a huge solar storm on Christmas Eve for this day. We hope that we have succeeded by giving you the full details and information. To follow all our news, you can subscribe to the alerts system or to one of our different systems to provide you with all that is new.