What if a nuclear war broke out?… A new study reveals... 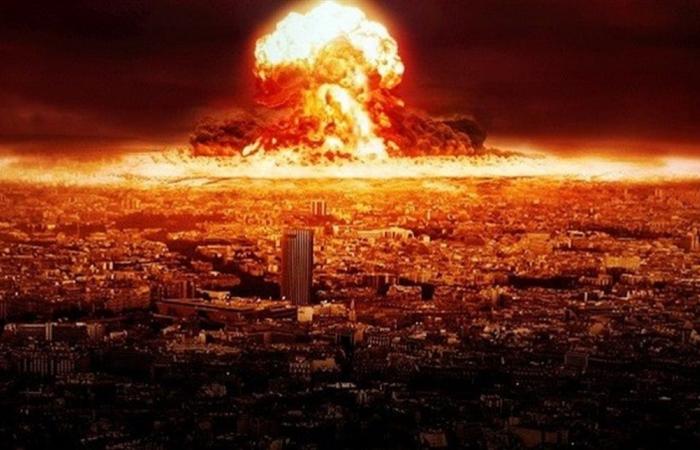 Sky News wrote: In the frantic global race to acquire nuclear weapons, the questions about the consequences of a devastating nuclear war on humans and the environment do not stop, which scientists in their laboratories have been trying to explain for decades.

In a recent study published in the Journal of Geophysical Research, scientists paint a bleak picture of the damage expected in the event of a nuclear war. The study estimated that the massive smoke plumes from a nuclear war would alter the world’s climate for years and destroy the ozone layer, putting human health and food supplies at risk.

The research team used newly developed computer climate modeling techniques; Learn more about the effects of hypothetical nuclear exchange, including the complex chemical reactions in the stratosphere that affect the amounts of ultraviolet radiation reaching the planet’s surface.

The study’s lead author, Charles Bardeen, a scientist at the National Center for Atmospheric Research, said that the outcome of a nuclear war would have effects on the climate, and the effects of ultraviolet radiation would be widespread, along with all the deaths that would occur immediately after the war.Bardeen and colleagues found that smoke from a global nuclear war would destroy much of the ozone layer over a 15-year period, with ozone depletion averaging about 75 percent.

Even a regional nuclear war would result in a 25 percent loss in ozone volume, the researchers said, with recovery taking about 12 years.Given the role of the ozone layer in protecting the Earth’s surface from harmful ultraviolet rays, such effects would be devastating to humans and the environment.

For years, scientists have linked high levels of UV radiation to certain types of skin cancer, as well as cataracts and immune disorders. The ozone layer also protects terrestrial and aquatic ecosystems, as well as agriculture.

What will happen exactly?


“Although we suspected that ozone would be destroyed in the aftermath of nuclear war, now for the first time we’ve figured out how thick smoke would block ultraviolet rays, we’ve calculated how that works and determined how it will depend on the amount of smoke,” says study co-author Alan Roebuck. “.Throughout history, scientists have conducted a number of studies trying to understand how nuclear war affects the planet, and in the 1980s, scientists found that smoke from nuclear war would cool the planet by blocking sunlight, creating a “nuclear winter”.

Researchers also found that nuclear war would destroy the ozone layer due to the chemicals from the explosion, and further research discovered that smoke may cause the destruction of the ozone layer by heating the atmosphere.

But for the first time ever, the new study finds that in the event of a global nuclear war, pumping large amounts of smoke into the atmosphere would initially cool surface temperatures by blocking sunlight.

Then the smoke erodes the ozone layer that protects the planet, and over the course of a few years, things will get worse and the smoke will start to disappear, allowing ultraviolet rays to hit the Earth’s surface through the dwindling ozone layer, causing the ominous to happen.

These were the details of the news What if a nuclear war broke out?… A new study reveals... for this day. We hope that we have succeeded by giving you the full details and information. To follow all our news, you can subscribe to the alerts system or to one of our different systems to provide you with all that is new.