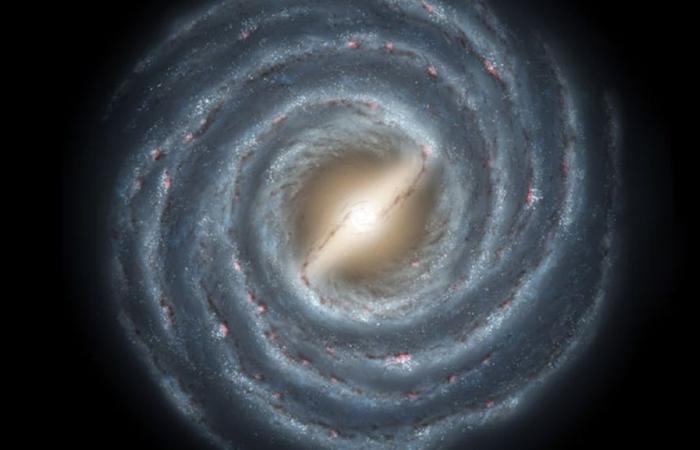 Are you a dreamer who looks up at the sky a lot and starts counting the stars until they get tired or someone or something interrupts them? Have you ever wondered how many actual stars there can be all over the sky?

According to astronomers, if you look at the sky on a clear night, you will see thousands of stars, 6,000 or so. But this is only a tiny fraction of all the stars out there; The rest is far from your field of vision in general.

The question that baffled scientists

So; How many stars are there in the universe? According to The Conversation, it is easy to ask this question, but it is difficult for scientists to give a fair answer. This question has puzzled scientists, philosophers, musicians and dreamers throughout the ages.

If we want to know the number of stars in the universe, we must first define the meaning of the universe, according to David Kornreich, an assistant professor at Ithaca College in New York State, told Space.com. The visible universe goes back in time by about 13.8 billion years, and our universe may extend beyond this time, but we cannot see it, as well as some astronomers believe that we may live in a “multiverse” where there will be other universes such as ours contained in some kind of The largest entity.

Kornreich says that even if we limit the definition of the universe to the “visible” universe that we can see, estimating the number of stars within it requires knowing the size of the universe, and the first complexity that confronts us here is that the universe itself is expanding, and the second complexity is that “space-time” can be bent.

Despite all these complexities, it may be the simplest answer to the question “How many stars are in our universe?” It is estimating the number of stars in a typical galaxy, and then multiplying that by the estimated number of galaxies in the universe, but even that is difficult, and there are hurdles in estimation to overcome.

It can be said that stars are not scattered randomly in space, but rather gather together in large groups known as galaxies, and then before calculating the number of stars in the universe, astronomers must first estimate the number of galaxies.

To do this, they take very detailed pictures of small portions of the sky, count all the galaxies they see in those pictures, and then multiply that number by the number of pictures required to depict the entire sky.

In October 2016, an article in Science suggested, based on deep-field images from the Hubble Space Telescope, that there are about two trillion galaxies in the visible universe.

The number of stars is an unbelievable number

Astronomers do not know exactly how many stars are in each of those two trillion galaxies, because most of them are very far away, and there is no way to know it accurately, but it is common knowledge that astronomers estimate the number of stars in the galaxy based on their mass, which has its own difficulties, as it must Filter for dark matter and galaxy rotation before making an estimate.

Some estimates suggest that the Milky Way’s mass contains 100 billion “solar masses,” or 100 billion times the mass of the Sun. Calculating the average of the types of stars within our galaxy, this yields a number of about 100 billion stars in the galaxy, and this is of course subject to change, depending on the number of stars larger and smaller than our sun.

According to the Conversation website, the number is so big it’s hard to imagine; That’s about 10 times the number of cups of water in all of Earth’s oceans.

Special missions to count the stars

Missions such as the Gaia space probe, which was launched by the European Space Agency in 2013 and is expected to operate until 2022, may provide more answers about the number of stars in the universe, as the Gaia mission aims to draw accurate three-dimensional maps of about a billion stars in The Milky Way, about 1% of the Milky Way’s star population.

According to the European Space Agency, Gaia will observe each of the 1 billion target stars an average of 70 times in 5 years, accurately plotting their positions, distances, motions and changes in brightness.

Taken together, these measurements will create an unprecedented picture of the structure and evolution of our galaxy. With missions like this one, we’ll be one step closer to providing a more reliable estimate of this frequently asked question: “How many stars are there in the universe?”

These were the details of the news 10 times the number of cups of water in all the... for this day. We hope that we have succeeded by giving you the full details and information. To follow all our news, you can subscribe to the alerts system or to one of our different systems to provide you with all that is new.