Singapore deploys robots in the streets, warning humans not to approach 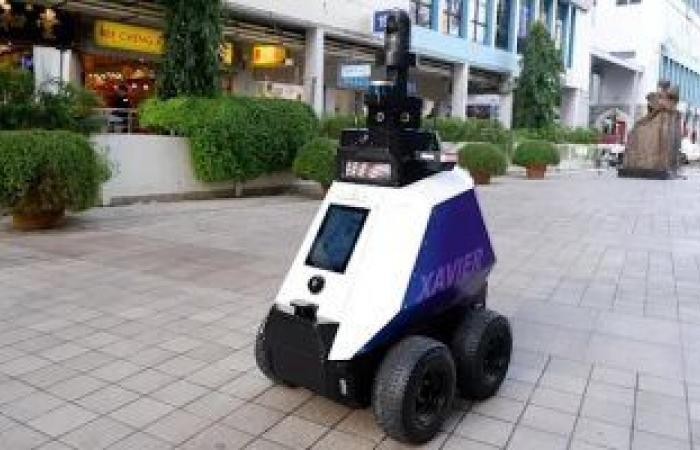 Singapore uses patrol bots that issue warnings to people who engage in undesirable social behavior such as getting too close, adding a base of tightly controlled surveillance techniques that raise privacy concerns, and the government’s newest surveillance device, called Xavier, issues warnings to the public about certain behaviours.

And according to the British newspaper, “Daily Mail”, this includes violating the rules of social distancing for the Corona virus, smoking in prohibited places, and parking bicycles incorrectly.

Singapore is often criticized for restricting civil liberties, and people are used to strict controls, but there is still growing concern about technological interference.

The robots come on wheels and are equipped with seven cameras. During a recent patrol, one of the “Xavier” robots made its way through a residential property and stopped in front of a group of elderly residents watching a chess match.

A robotic voice called out, “Please keep a distance of one meter, please keep five people per group.” The camera on top of the machine looked at them.

“The workforce is really shrinking,” said Aung Ka Heng, of the government agency that developed the Xavier robots, adding that it could help reduce the number of officers needed to patrol.

These were the details of the news Singapore deploys robots in the streets, warning humans not to approach for this day. We hope that we have succeeded by giving you the full details and information. To follow all our news, you can subscribe to the alerts system or to one of our different systems to provide you with all that is new.