A panoramic image of Mars from a Chinese explorer celebrating his... 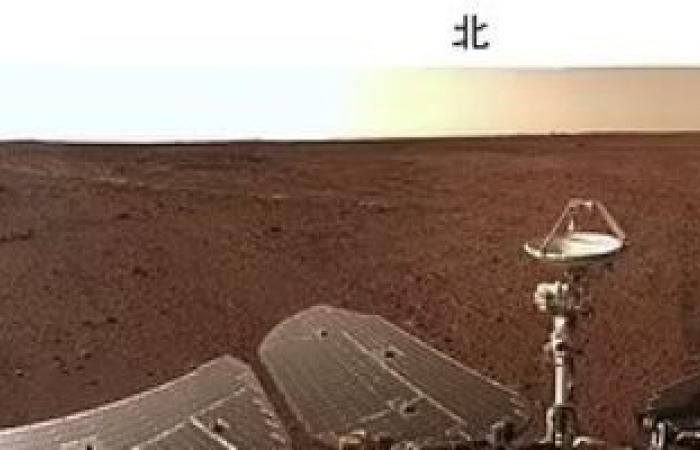 China’s Zhurong rover captured a vast panoramic view of Mars to celebrate its first 100 days on the planet, before entering “safe mode” later this month. CNSA), the rover’s solar arrays and antenna in front of dusty red Martian soil.

According to RT, Zhurong successfully landed on Utopia Planitia, a vast northern lava plain on Mars, just after midnight on May 15 (BST), after spending about three months circling the planet.

It lifted off from Earth in July 2020, aboard China’s Tianwen-1 spacecraft – which entered Mars orbit in February – and has covered 3,491 feet (1,064 meters) since it first touched the surface of the Red Planet on May 22.

But after 100 days, Zhurong and Tianwen-1 will enter “safe mode” from mid-September to the end of October, due to a solar conjunction coming this fall, which will prevent communications between the rover and the Earth.

Solar conjunction occurs when another planet or body in the solar system (Mars in this case) is on the other side of the sun from Earth.

Since its landing, Zhurong has steadily made a journey southward propelling 1,064 meters south from its landing point, toward the shoreline of the ancient “ocean” to obtain scientific data.

The solar-powered robot contains a number of cameras to photograph the scene on Mars, as well as six scientific instruments to measure weather conditions, chemical compounds, magnetic fields and radar to search under the surface.

Zhurong has continuously transmitted images and data via the Tianwen-1 orbiter.

Last month, the CNSA said the Zhurong vehicle completed its initial 90-day program on August 15, was in perfect technical condition and fully charged.

Officials said it will therefore continue to explore Utopia Planitia after the safe mode period expires.

These were the details of the news A panoramic image of Mars from a Chinese explorer celebrating his... for this day. We hope that we have succeeded by giving you the full details and information. To follow all our news, you can subscribe to the alerts system or to one of our different systems to provide you with all that is new.