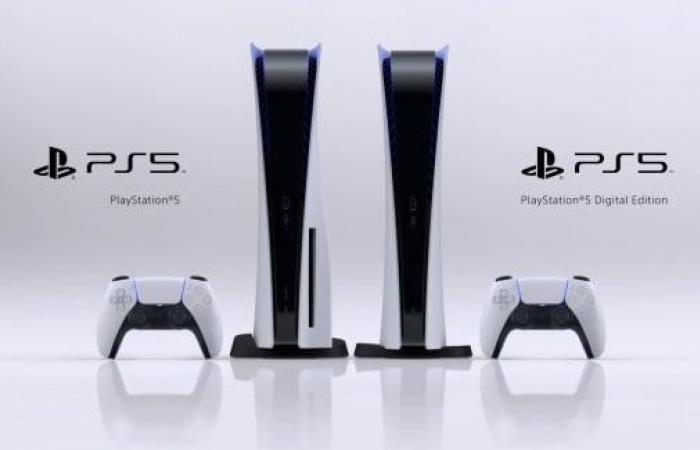 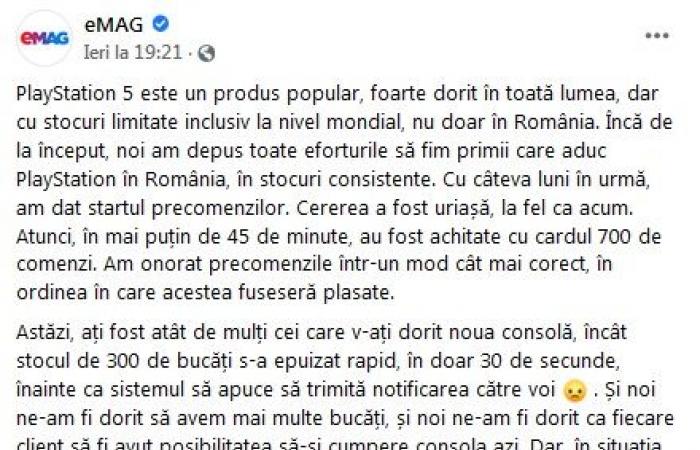 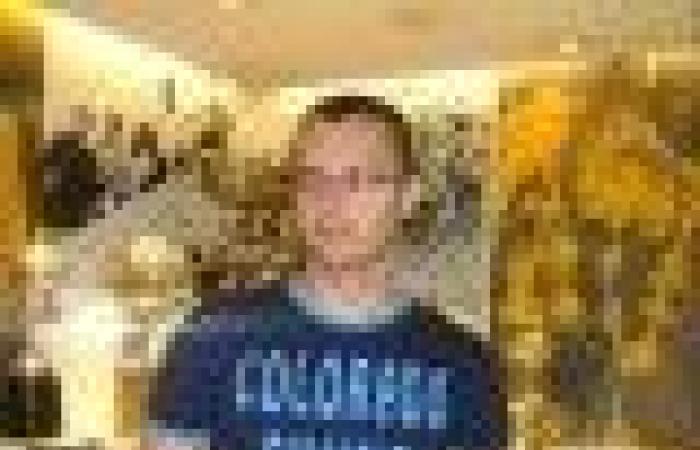 The Sony PlayStation 5 console generates a huge interest in Romania and I don’t know if this has anything to do with the holiday season we are in or if people really want the newest generation of the Japanese console.

So far, Sony PlayStation 5 has created a lot of agitation, from the scandalous raffle of Altex, to the surcharges charged by QuickMobile.

This week both eMAG and Orange had a new stock of consoles, but it was quite small. If at eMAG we found out that there were 300 units, at Orange they were probably fewer considering the very short time in which it went from “in stock” to “out of stock”.

eMAG announced on its Facebook page that the 300 consoles sold out in just 30 seconds, while at Orange the stock ran out even faster (those who watched the phenomenon say that the stock was sold out after only 15 – 20 seconds). 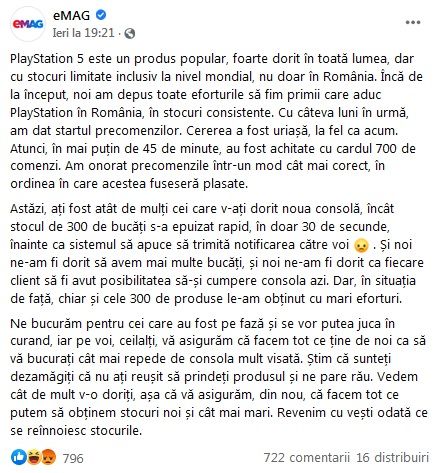 It seems that the stock problem is a global one, the pandemic favoring demand far beyond Sony’s expectations. The pandemic is also to blame for production limitations. It seems that the organization through video conferencing is not as productive as the one in the factory in the case of a demanding device such as a console.

These were the details of the news A new stock of the Sony PlayStation 5 console in Romania... for this day. We hope that we have succeeded by giving you the full details and information. To follow all our news, you can subscribe to the alerts system or to one of our different systems to provide you with all that is new.