PC preload on GoG, Steam and Epic Games is ready, this... 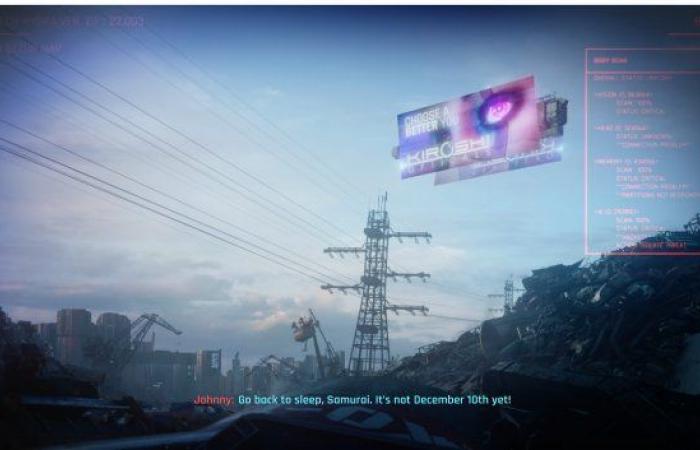 The release preparations for Cyberpunk 2077 are entering a new phase. The following applies to all PC players: The preload is available on the well-known platforms GoG, Steam and Epic Games Store, i.e. you can start the download since yesterday and at least a large part of the game

⏰ Pre-load of #Cyberpunk2077 on @Steam and @EpicGames is now available!⏰

The download size on PC is quite uniform. On GoG and Epic Games you download around 63 GB, on Steam it seems to be a little less at around 60 GB. At least on the Playstation there are around 100 GB that you have to download. According to the official system requirements of Cyberpunk 2077, the PC version ultimately requires 70 GB of disk space – preferably on an SSD, of course. So far, the Day 1 patch for Cyberpunk 2077, which we reported about yesterday, is still missing. But it doesn’t seem to be gigantic if the action role-playing game doesn’t want to break the 70s mark.

The last preview of Cyberpunk 2077: Impressions of the graphics, ray tracing and game world before the launch

PCGH at the GoG preload

Those who have successfully downloaded and installed the game may hope to be able to start Cyberpunk 2077 already. However, CD Projekt Red has planned this case and built in a nice Easter egg for all the impatient. If you press the start button, you will see a screenshot from the game that shows a kind of junkyard. And you get a personal message from none other than Johnny Silverhand: He advises you to get another nap, because it’s not December 10th. The original message reads: “Go back to sleep, Samurai. It’s not December 10th yet!”. This scene is framed with error messages from a body scan, which reports critical errors and connection problems in certain body parts. Overall, a nice Easter Egg from CD Projekt Red for all fans of Cyberpunk 2077 to bridge the waiting time.

Cyberpunk 2077: Delivery via Amazon could be delayed

Anyone who has pre-ordered Cyberpunk 2077 from Amazon may have to expect a delayed delivery.

Now updated again: SPOILER ALERT – This is how CDPR reacts to the leaks: It was to be expected that game versions would also be delivered early for # Cyberpunk2077.

This week events are rolling over themselves. For the release of # Cyberpunk2077 there will be a day 1 patch with improvements.

PCGH Plus: Is your graphics card fit for upcoming games? After thousands of measurements, we present you the new benchmark course for graphics cards, which is valid for 2019 and 2020. Find out what has happened in this article. The article comes from PC Games Hardware 08/2019.
more …

Back 1
2 Cyberpunk 2077: PC preload on GoG, Steam and Epic Games is ready, this happens at the early start

These were the details of the news PC preload on GoG, Steam and Epic Games is ready, this... for this day. We hope that we have succeeded by giving you the full details and information. To follow all our news, you can subscribe to the alerts system or to one of our different systems to provide you with all that is new.