Apple: Big recall of the iPhone 11 – smartphone is unusable 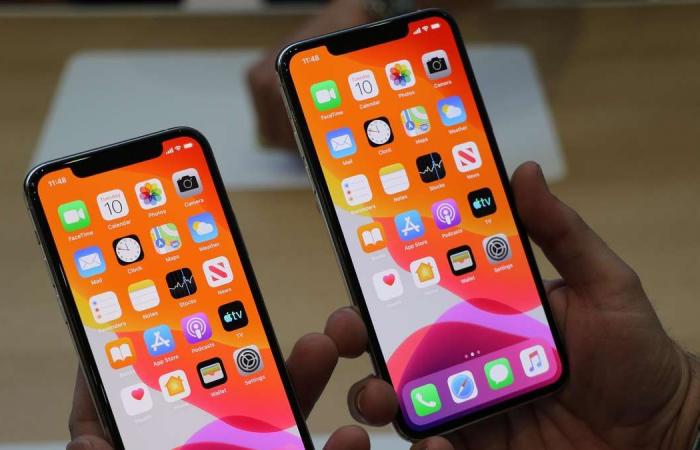 The iPhone 11 is one of the most expensive smartphones ever sold. Now Apple is calling it back. A technical error is to blame.

Cupertino, California – It’s only been a little over a year since Apple launched its iPhone 11. The Smartphone itself is a best seller: it was in the first quarter of 2020 iPhone 11 the best selling cell phone in the world. The device was sold a total of 37.7 million times. What probably no buyer expected: That Handy has a damage.

Recall from Apple: iPhone 11 has a defective display

As Apple announced on its official website, they are iPhones 11 was installed with a faulty display. As a result, the smartphone suddenly no longer allows touch inputs after prolonged use. To phone? Whatsapp? Everything is no longer possible. This renders the device unusable.

At least: loud Apple if it is only a “small part” of iPhone-11-Displays who have this bug. According to the current state of knowledge, they were manufactured between November 2019 and May 2020. (more current recalls and warnings on RUHR24.de)

Offers affected customers Apple now one free exchange service at. Owners can either send the smartphone in for repair or hand it in at an Apple Store. But be careful: the free offer ends two years after sales start.

Whether your own iPhone affected by the recall is, customers can easily use the serial number check. This can be checked in the smartphone settings. Alternatively, the serial number can also be found in the original packaging or on the invoice.

Recall from Apple: The company will not cover any other damage to the iPhone

Anyone who has had problems with their display before and that iPhone 11 therefore brought in for repair can increase the cost of Apple possibly have a refund. However, the serial number is also important for this: If the smartphone meets all the requirements, Apple will pay the repair costs.

Other damages that have nothing to do with the display are paid for Apple by the way not. And the company even goes one step further: it should iPhone be damaged to such an extent that the display cannot be replaced, the damage must be repaired before replacement. That would be the case, for example, if the display is broken.

Video: This is how much an iPhone really costs to manufacture

Recall from Apple: iPhone 11 Pro and other iPhones are not affected by the exchange

The regular guarantee would also be affected by the Exchange program do not extend.

These were the details of the news Apple: Big recall of the iPhone 11 – smartphone is unusable for this day. We hope that we have succeeded by giving you the full details and information. To follow all our news, you can subscribe to the alerts system or to one of our different systems to provide you with all that is new.