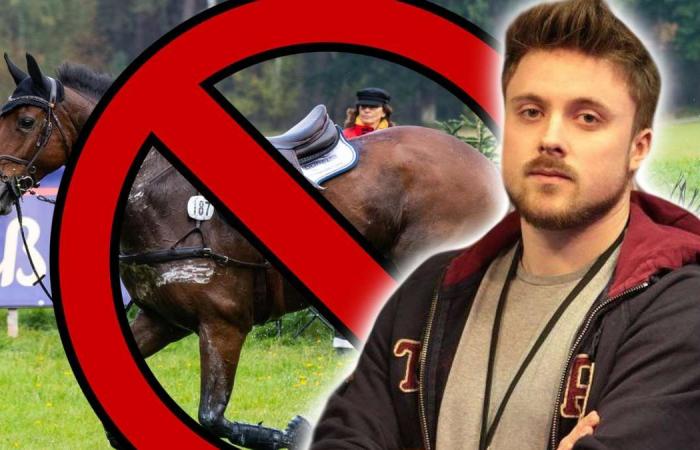 The streamer Forsen is banned from Twitch forever. He had posted an offensive horse picture in the live stream. His fans say it was unintentional.

San Francisco, USA – Lately it happens more and more often that the streaming platform Twitch the Ban-Hammer swings. For this reason criticize Streamer and community the Amazon platform has recently increased. Now it has also become one of the world’s most famous Streamer permanently locked because he is a Horse picture has shown. Fans mainly criticize the inconsistency of Twitch – You measure with double standards.

On Twitch is Forsen One of the largest with over 1.4 million followers Streamer the American platform. The influencer and gamer has been active on the streaming platform since it was founded in 2011. Since then he has entertained his loyal fans in various indie games, making him one of the most famous people on the platform. Now his own community, known for its black humor, is the undoing of the streamer, which has been clicked a million times.

Due to a known harsh Ban-Systems on Twitch has been Forsen now banned. The reason for this is said to have been a “reaction stream” in which fans Streamer sent an ominous link. After he clicked on this link that a fan sent him, only a normal meme showed up for the time being. However, after about 9 seconds, the meme suddenly turned into a shocking image of a young woman and a horse completed the act.

Frightened, Forsen immediately closed the link and stunnedly made it clear that his fans would destroy everything for him: “That’s why we can’t have nice moments. “This short clip has now led to the Streamer for an unlimited period of time Twitch has been blocked. On Twitter confirmed the Streamer already that the Ban because of the offensive “Horses picture“Came about.

After the bitter one Ban from Forsen a discussion now arises Twitch rolling. Many followers of his community make it clear that you Favorite streamer had been treated unfairly. In doing so, you compared the faux pas related to the Horse picture with a slip of Streamerin Pokimane. Mainly the unintentionality of Forsen play a major role.

Some time ago, Pokimane also mistakenly showed adult content on her channel. At that time, however, she was only warned for this and lost one permanent ban from Twitch around. Forsen however, a similar offense hit the hardship of the San Francisco-based streaming platform.

A huge shit storm is breaking out on Twitter because of the Pokimane comparison. Some Twitter users complain that Twitch now “Simps“Would work, ie men who apply more relaxed standards to women and hope for something in return.

Another user comes to the conclusion regarding Twitch’s guidelines and their interpretation: “The Employees themselves are the greatest brand risk“. Because of the huge outcry of many Twitch users the hope remains that Forsen is actually only blocked for some time. Still, the decision of Twitch, the permanent Ban to take back, to wait for now.

These were the details of the news Twitch: Lifelong ban for offensive horse picture – Streamer Forsen at... for this day. We hope that we have succeeded by giving you the full details and information. To follow all our news, you can subscribe to the alerts system or to one of our different systems to provide you with all that is new.