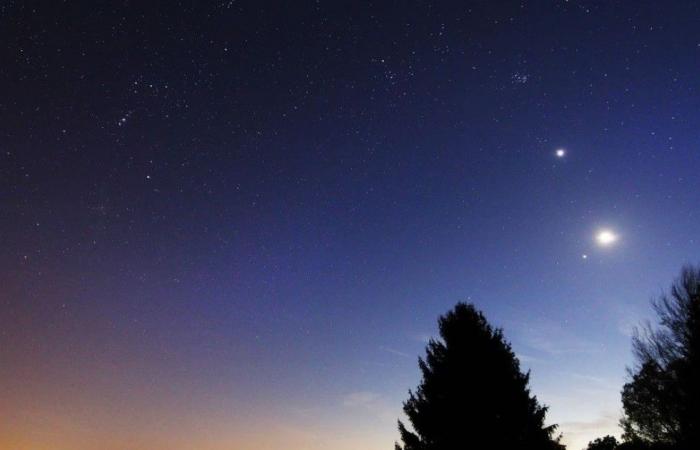 This December 21, the world will be able to witness an astronomical phenomenon that has not been seen for 800 years which is known as the “Star of Bethlehem” or “Christmas Star”. But, what is it about?. Before Christmas the planets Jupiter and Saturn will align and they will appear to be a double planet.

The last time this phenomenon occurred was on March 4, 1226 and although it is true that this type of astronomical phenomenon occurs approximately once every 20 years, this rare conjunction is extremely rare, due to its close proximity to the earth.

Because of the Earth, that both planets will put on an amazing celestial showMoreover, the last time it happened was during the Middle Ages, as highlighted in the press release by astronomer Rice Patrick Hartigan.

According to the report, The Truth News, reports that both Jupiter and Saturn have been approaching our planet since July 2020, so the key week to see this phenomenon will be from December 16 to 25.

This natural phenomenon the “Star of Bethlehem” or “Christmas Star” will be more evident on December 21, because that is when the approach will be much greater: “At night of closest approach they will be seen as a double planet, separated only by one fifth of the diameter of the full moon, ”Hartigan noted.

How to enjoy the “Star of Bethlehem”?

People should look for the second brightest point in the sky (Jupiter), the first is the Moon, and from that moment look on your left side for Saturn, which will appear slightly less bright. Hartigan stressed that during those days the separation between the two planets will be less than the diameter of the Moon.

It may interest you: Meaning of the CHRISTMAS star

Too It is suggested to look for a high point and have a clear space, as well as to seek spaces with little light pollution. Preferably away from the city or without the presence of buildings or mountains that may impede or limit the field of vision.

What commitments did AMLO fulfill during these two years of government? Follow us on Google News and stay informed.

These were the details of the news Star of Bethlehem will appear again in the sky after 800 years for this day. We hope that we have succeeded by giving you the full details and information. To follow all our news, you can subscribe to the alerts system or to one of our different systems to provide you with all that is new.