“Watch” what Hamad bin Jassim did and caused the madness of... 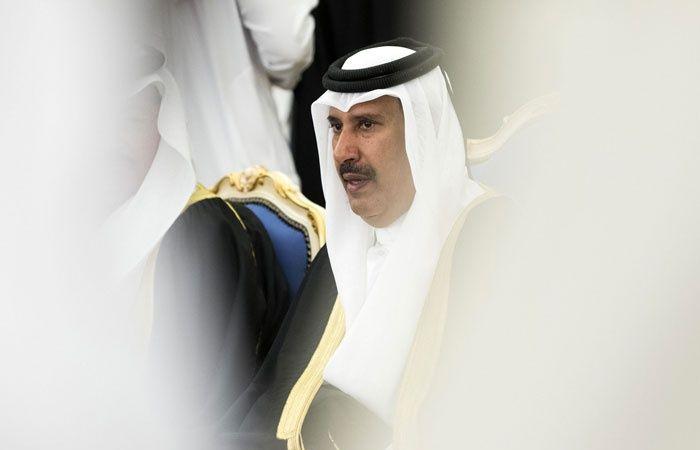 The former Qatari Prime Minister, Sheikh Hamad bin Jassim Al Thani, angered the prostrate people in Saudi Arabia and the UAE by commenting on the results of the US presidential elections, in which Democratic candidate Joe Biden won, using an old photo from the Qatari official archive.

Sheikh Hamad bin Jassim published, on his official Instagram account, a picture monitored by “Watan” collected by the former Emir of Qatar, Sheikh Hamad, known as “The Father Prince” and the US President-elect Joe Biden, in what was considered his first comment on the results of the US elections.

Hamad bin Jassim wrote, commenting on the picture: “A picture that brings me together with the Father Prince and Biden,” sparking about 8,000 interactions only about 9 hours after the photo was published.

It is worth mentioning that the Qatari Sheikh earlier published a series of tweets in which he said: “Evidence related to the US elections indicates that Joe Biden, the Democratic candidate, will win, although I do not rule out the opposite and that Republican President Donald Trump will remain in the White House for another four years .. Both men have plans and policies towards our Gulf and regional regions.

The former Prime Minister of Qatar continued by saying: “As I said earlier, I am certain that we in the region do not have plans or policies for the next phase. This is because our policies are based on who will be in the White House, and this is a short-term bet. ”

These were the details of the news “Watch” what Hamad bin Jassim did and caused the madness of... for this day. We hope that we have succeeded by giving you the full details and information. To follow all our news, you can subscribe to the alerts system or to one of our different systems to provide you with all that is new.