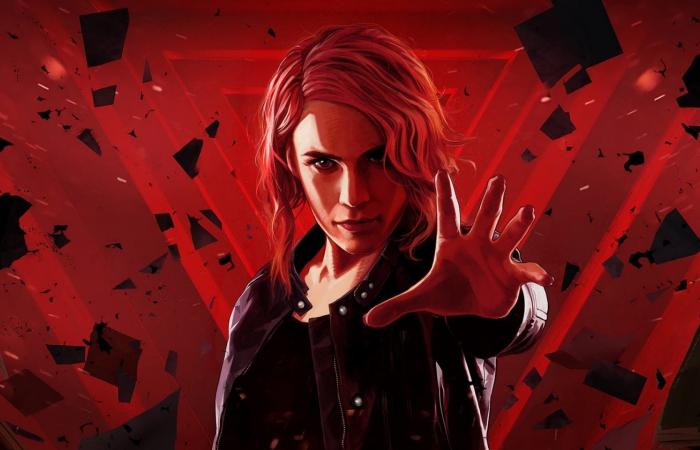 Xbox Game Pass continues to grow to accompany the release of Xbox Series X and Xbox Series S. The first Xbox Game Pass games for December have arrived and to say the least, there are is heavy this week! No less than 8 new games are available today including Control, the latest baby from the Remedy studio.

Control tells the story of Jesse Faden and her personal quest for answers as she takes on her new role as Director. The world of Control has its own history, as do the allies Jesse will make over time. While Jesse cooperates with other Bureau agents, she uncovers strange experiences and secrets.

Control is the latest baby from the Remedy studio to whom we owe in particular Alan Wake and Max Payne. It’s a Metroidvania-style third-person action game that’s joining Xbox Game Pass now. It is playable on Xbox but also Android via xCloud.

In PHOGS !, you play as two dogs on a thrilling adventure full of puzzles. Connected by an elastic belly, bark, bite and hop around obstacles in three themed worlds, Food, Sleep and Games, in single player or cooperative mode. Snoop around the world of food and treat yourself, from buttered bread to fine celery … passing through a river of chocolate!

PHOGS! is a game developed by Bit Loom Games and published by Coatsink. It arrives today the day of its release directly in the Xbox Game Pass console and offers to play solo or in co-op online as well as in split screen on a single controller!

What is Doom Eternal?

The armies of Hell have invaded Earth. Play as the Slayer in a single player campaign where you slay demons and stop the destruction of humanity. The only thing that scares them … is you. Experience the ultimate blend of speed and power in DOOM Eternal – the new formula for action-packed first-person combat.

What is Slime Rancher?

Slime Rancher tells the story of Beatrix LeBeau, a young and courageous ranch owner who risks a life on a distant planet, thousands of light years from Earth. On the “Far, Far Range”, she tries her new job: raising slimes. Armed with her winning attitude, lots of blood, and her reliable vacpack, Beatrix tries to claim her land, amass her fortune, and avoid the perils that lie in the avalanche of slimes lurking around every corner!

Slime Rancher is coming to the Xbox Game Pass console today and is also playable on Android via xCloud. Developed and published by Monomi Park, it is an action-adventure game that was released in August 2017.

Play as the two characters to explore the fragments of a forgotten planet, push back their enemies and build the relationship that unites them. Choose your destiny: what are you ready to stay together? Can you sacrifice everything for love? Glide over the plains of Source, collect wave, clean up the rust that covers the planet and discover its secret recesses. Meet the local wildlife, make friends … or foes

Haven is a game from the ID @ Xbox program that tells the story of two beings who left for an abandoned planet to be able to be together. It is published and developed by The Game Bakers and available today on the day of its release in the Xbox Game Pass console and PC.

What is Yes, Your Grace?

Yes, Your Grace tells the story of Davern, a medieval kingdom ruled by King Eryk. The game takes place in a fictional universe where monsters and esotericism, inspired by Slavic folklore, are commonplace. Villagers will come to you for help on a variety of topics ranging from attacks by monsters targeting the village to lack of distractions. Some will lighten the atmosphere of the throne room with their humor, while others will confront you with difficult choices. Your family matters too and will need your support during the difficult times that will mark your reign.

Yes, Your Grace is a medieval management game developed by Brave at Night initially released in June 2020. It is now available in Xbox Game Pass for PC and console and is also playable on Android via xCloud. Note that it is Xbox Series X | S optimized and Smart Delivery compatible.

You are a bartender at VA-11 Hall-A, affectionately known as “Valhalla”. Although this is just a small bar in Glitch City, it attracts the most fascinating people to this side of dystopia. Serve the right drinks to your customers and you will learn about the most interesting stories.

Va-11 Hall-A: Cyberpunk Bartender Action puts you in the shoes of a somewhat special bartender. This game developed by Sukeban GamesIt lands today the day of its release in the Xbox Game Pass PC.

An asteroid has annihilated 80% of Earth’s population, bloodthirsty and ruthless gangs plow the roads, and the tyrannical Authority seeks to rule the survivors with an iron fist. You play as Walker, the last Ranger of the Wasteland and grain of sand in the cogs of the Authority, left for dead after the ruin of his home. Now only your rage serves justice and freedom.

Rage 2 is Avalanche Studio’s supercharged FPS released in May 2019. Already available in the Xbox Game Pass console, it is now also playable on Android via xCloud.

These were the details of the news New Xbox Game Pass: 8 new games are available to download now including Control! | Xbox one for this day. We hope that we have succeeded by giving you the full details and information. To follow all our news, you can subscribe to the alerts system or to one of our different systems to provide you with all that is new.