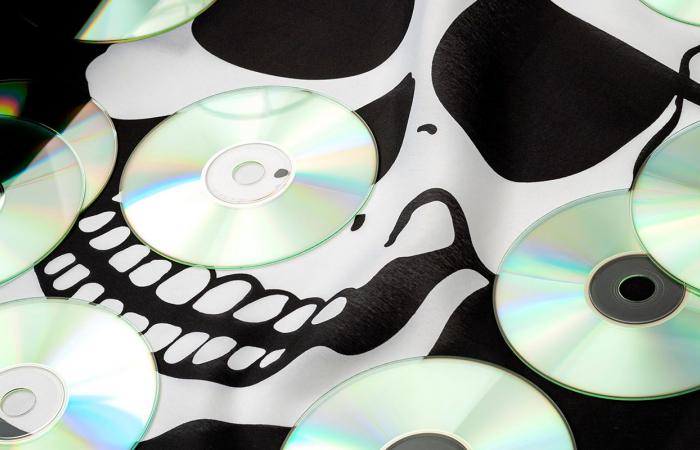 Stichting Brein will start an information project on December 15 to address people who regularly upload and download copyright-protected material about their behavior. By making them aware of their behavior, the copyright protector hopes that they will stop infringing on protected works such as films, series, music and books. For this she has had special software developed that detects IP addresses where ‘infringing uploads’ take place.

That writes Stichting Brein in a press release.

Making films, series and music ensures that bread is on the table. Any movie, episode or album that is illegally downloaded or streamed is, in fact, robbing its creators. Stichting Brein is an organization that stands up for the interests of filmmakers, artists, musicians, writers, artists and game developers. For years she has been fighting against people who illegally upload and download copyrighted material. As the number of legal streaming services available grows, the battle seems to be getting fiercer.

Instead of tracking down each individual user and taking them to court, Stichting Brein focuses on the providers of copyrighted material. For example, the foundation succeeded in taking no fewer than 564 websites offline in 2019. The sites allowed visitors to stream or download illegally uploaded content. In addition, Stichting Brein tackled 23 providers of IPTV boxes and VOD services. The most significant win was the downing of Moonwalk, a Russian website that illegally offered more than 26,000 films and 10,000 series.

The Pirate Bay is a completely different story. The foundation has been playing a cat and mouse game with the torrent site for more than eight years now. In 2012, the court ruled that Ziggo and XS4ALL had to block The Pirate Bay, because the site is guilty of large-scale copyright infringement. However, this blockade was lifted in 2014 because research showed it was ineffective. In September 2017, the providers had to block The Pirate Bay, mirror sites and proxy servers again. In addition, KPN, Tele2 and T-Mobile were added to this list at the beginning of 2018.

In June of this year, the Amsterdam Court of Appeal ruled that Ziggo and XS4ALL must block the IP addresses and domain names of The Pirate Bay for their users. The judge found that not only the users, but also the administrators of the platform are guilty of piracy and copyright infringement. The providers decided to unblock hundreds of Pirate Bay proxies because they were not included in the ruling. Stichting Brein put a stop to this by asking the preliminary relief judge of the Central Netherlands Court to block it.

Awareness campaign should put a stop to frequent bitcoin uploaders

Stichting Brein has now also set its sights on users who illegally upload and download copyrighted material. To appeal to them about their behavior, the foundation is launching an awareness campaign on 15 December. She will also warn people who upload protected works on a large scale with a letter.

In this letter, which is held by Tweakers.net, summons Stichting Brein to stop violating copyright. “This time, we asked your internet service provider to forward this warning to you. We assume that you will ensure that the abuse stops. In case of future violations, Brein can request your name, address and place of residence details to issue a statement of abstention or to demand a court order ”, warns the foundation.

Users who occasionally stream a movie or series have nothing to fear. Stichting Brein says it is looking for “frequent bittorent uploaders”. They are seen as the lubricant that perpetuates the exchange of illegal content. If they stop their activities, copyrighted material will no longer be distributed. The information project lasts at least six months.

How does Stichting Brein know who is responsible for the large-scale distribution of copyright-protected material? The foundation has had special software developed for this. This detects IP addresses where unauthorized uploads are performed. Only relevant IP addresses are stored, in accordance with the applicable legal privacy regulations. The Dutch Data Protection Authority has looked over the shoulders in this. The regulator is of the opinion that Stichting Brein does not require a permit to process this data.

Every month Stichting Brein takes samples on various titles that are popular at the time. The foundation starts with a small number of IP addresses. The intention is that these will eventually be scaled up to a maximum of a thousand unique IP addresses per month.

An independent market research agency checks whether the campaign is successful or not. For this, it carries out a pre- and post-measurement. This is paid by the Ministry of Education, Culture and Science, which has provided a subsidy for this purpose. “If the effect is sufficient, we will want to continue the information process and otherwise we will consider enforcing it as well,” says Stichting Brein.

Don’t miss a thing! Sign up for our newsletter

Always up to date with the latest news, promotions and reviews.

We respect your privacy. Your information is safe and you can always unsubscribe easily.

These were the details of the news Stichting Brein launches awareness campaign against illegal uploaders and downloaders for this day. We hope that we have succeeded by giving you the full details and information. To follow all our news, you can subscribe to the alerts system or to one of our different systems to provide you with all that is new.