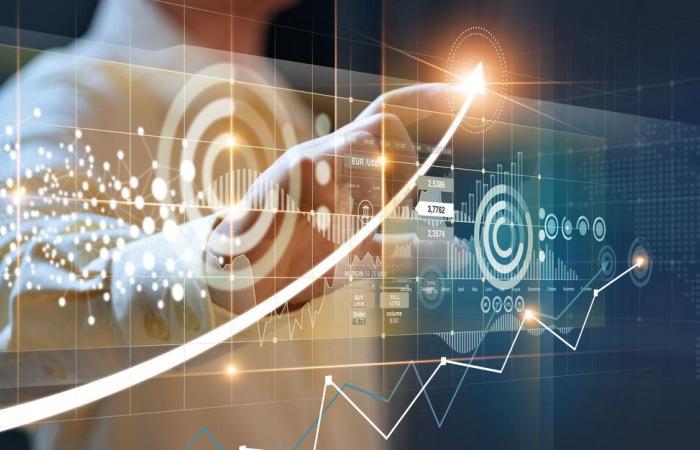 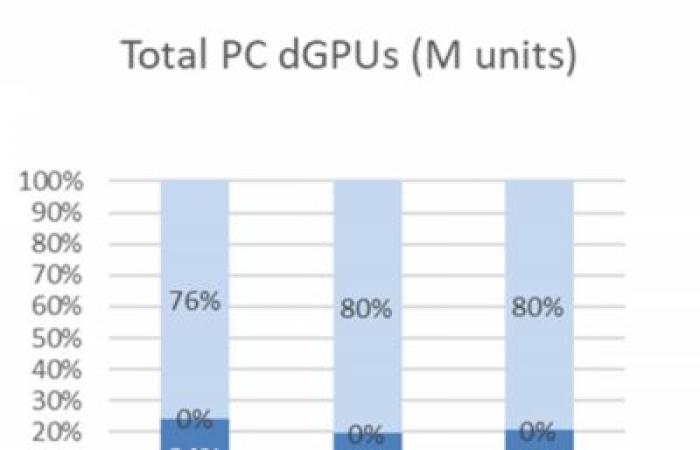 Despite the shortages observed in stores, GPU shipments increased in the third quarter of the year. The forces involved remain rather stable, AMD gaining a little ground over Intel. Everything could change in the months to come.

The Jon Peddie Research institute recently released its figures for GPU shipments for the third quarter of 2020. In the first part of its analysis, JPR includes both dedicated GPUs and those integrated into processors (IGP), as proposed by AMD. and Intel.

This market is almost stable compared to the second quarter. Intel is still in the lead with 62% thanks to its CPUs, which remain the market leader, despite the rise of AMD and its Ryzen. We also note a slight downward trend from Intel over the months, but no drastic drop. 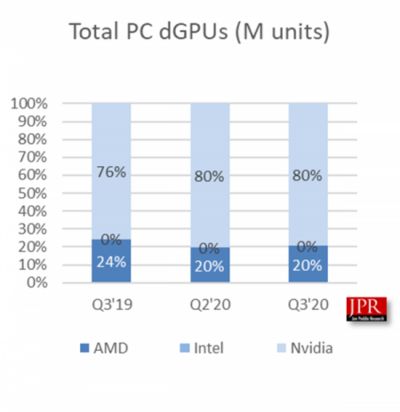 On the segment of dedicated chips (dGPU), we remain on 20% attributed to AMD and 80% to NVIDIA. No change compared to the previous quarter, therefore, but a significant drop for AMD over one year. In 2019, the Radeons were indeed at 24% against 76% for the GeForces. A balance that will undoubtedly change in 2021.

Indeed, AMD is back with its RX 6000. And although they are not really available at the moment, that should change from January / February. The war with NVIDIA should therefore intensify. At the same time, Intel plans to enter this market with its Xe HPG, and should probably grab some points from its competitors.

Finally, note that overall, GPU shipments increased by 10.3% compared to last quarter according to JPR, with 18.7% more for AMD, 7.8% for Intel and 10.8% for NVIDIA. ” The third quarter is generally the strongest compared to the previous quarter. Q3 2020 was no exception, posting healthy growth Says the institute.

These were the details of the news Graphics chip shipments on the rise at AMD, Intel and NVIDIA for this day. We hope that we have succeeded by giving you the full details and information. To follow all our news, you can subscribe to the alerts system or to one of our different systems to provide you with all that is new.