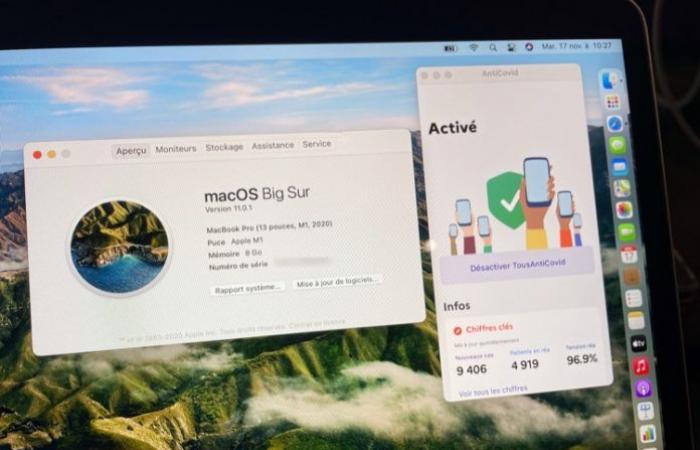 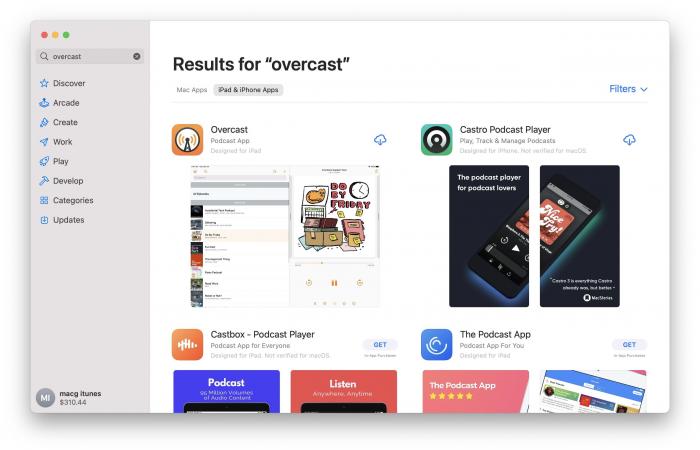 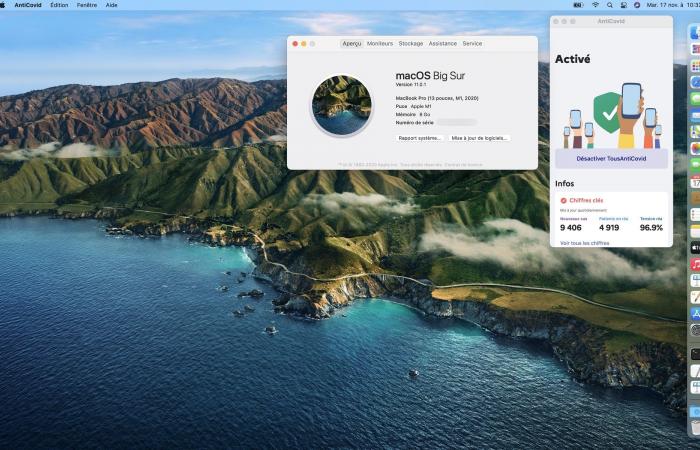 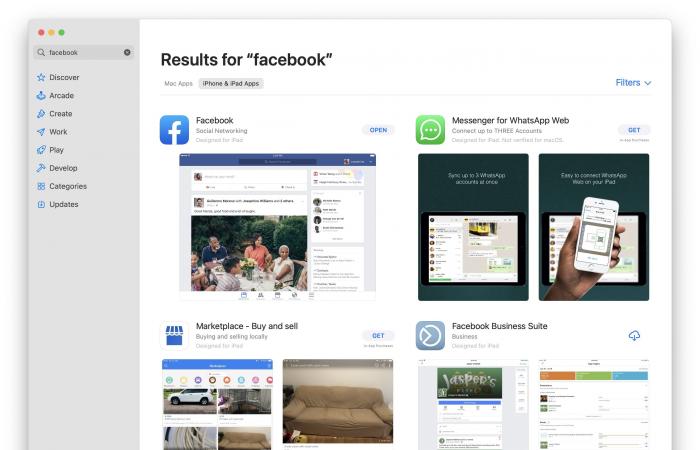 This is one of the peculiarities of the Apple Silicon Macs released today: they can run iOS apps, in addition to those designed for macOS. By default, the Mac App Store will host all apps from the App Store, except those that have been explicitly blocked by their developer.

We received our first Macs with Apple M1, which confirms that the Mac App Store with integrated App Store is open. There are already many apps there, referenced in another tab when doing a search. By default, macOS apps are presented by the store:

By clicking on the “iPhone & iPad apps” button, the preview for iOS apps is activated. On this request, we find the podcast player Overcast, an app reserved for iPhone and iPad until then which now works on Mac. There are also some competing apps, like Castro or Castbox, all reserved for iOS before.

If the iOS app has an interface optimized for iPads, it is displayed on macOS and you can change the size of the window like a macOS app. Otherwise, we have the interface dedicated to iPhone in a small window of fixed size. You also have to deal with a presentation cut out for a touch screen, but in this sense, it’s not too embarrassing. In addition, these windows inherited from iOS appear normally in macOS, especially in Mission Control and with the shortcut ⌘⇥.

After a few minutes of researching, the collection of iOS apps offered by the Mac App Store seems quite large. It must be said that the apps are available there by default if their developer does nothing to prevent it. This also allows you to install the TousAntiCovid app on a Mac, and even activate contact tracking on the computer. Who knows, maybe it will be useful in an amphitheater?

In fact, we spotted Facebook’s iOS app on the Mac App Store. Is it a mistake ? Along with Google, it was one of the big players who were considering removing their iOS apps from the Mac App Store. This is the exception rather than the rule, however, Instagram and all Google apps are missing. It was also impossible to find Netflix, although the app should eventually be there.

*The article has been translated based on the content of Source link by https://www.macg.co/logiciels/2020/11/le-mac-app-store-souvre-aux-apps-ios-sur-les-mac-apple-silicon-117851
. If there is any problem regarding the content, copyright, please leave a report below the article. We will try to process as quickly as possible to protect the rights of the author. Thank you very much!

These were the details of the news The Mac App Store opens to iOS apps on Apple Silicon... for this day. We hope that we have succeeded by giving you the full details and information. To follow all our news, you can subscribe to the alerts system or to one of our different systems to provide you with all that is new.