SpaceX Starlink is experiencing some issues, as expected, but users are... 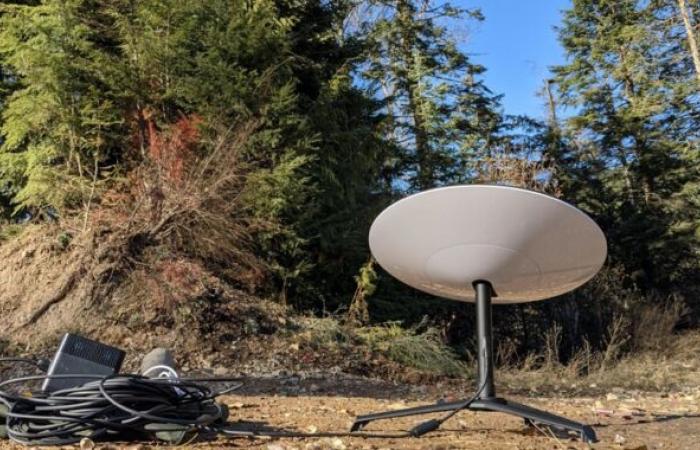 When SpaceX opened Starlink’s public beta last month, the company told users that “short periods of no connectivity” were to be expected in the first few months. This is one of the reasons SpaceX is calling this testing phase the Better Than Nothing Beta.

Early reports from Starlink beta testers confirm that users are suffering from this problem to some extent. Starlink’s overall performance has impressed beta testers, many of whom previously had no access to modern broadband speeds.

“The connection stability is a bit rough,” wrote Reddit user Exodatum on the Starlink subreddit yesterday. “We get jumps bad enough to disconnect us from connection-sensitive servers every 5-10 minutes, but things like Netflix work perfectly. We watched Plane! as the first stream and it was fabulous. “(Buffers provided by Netflix and other streaming services can keep videos running in the event of brief Internet problems.)

Exodatum placed the Starlink satellite dish / user terminal on a picnic table in front of the house. Bad weather can affect service. “There is a lot of snow in our region and today it is mostly cloudy with a few breaks,” wrote Exodatum, adding that upload speeds from 10 Mbit / s to 30 Mbit / s and download speeds of 15 Mbit / s s to 120 Mbit / s vary.

Starlink’s speed and reliability should improve in the coming months as SpaceX launches more satellites and tinkers with the network. SpaceX told users in beta invitation emails that “Data is getting faster [will] will vary from 50 Mbit / s to 150 Mbit / s and the latency from 20 ms to 40 ms in the next few months as we improve the Starlink system. ”

“As we launch more satellites, install more ground stations, and improve our network software, data speed, latency, and uptime will all improve dramatically. We expect 16 to 19 ms for the latency by summer 2021, ”said SpaceX’s emails.

That’s why they call it a beta

A Redditor in Montana with the username BenchingServers received download speeds of 11 Mbit / s to over 100 Mbit / s. These tests were done in heavy snowfall, but BenchingServers speculated that the wide speed range had more to do with satellite positioning or the testing of the system by SpaceX.

“I really think they tested something or I had poor satellite coverage at the time because I’m back to 100Mbps and more now, but the storm is actually more intense,” wrote BenchingServers.

BenchingServers reported that he had to switch back to the 25 Mbit / s DSL service in order to pass a Zoom work meeting because “I had too much jitter”. However, the user was not concerned about Starlink’s long-term performance, writing, “I really think that if they fix the issues it will be fine. That’s why [we’re in] Beta it does. ”

“I would expect some improvement on this front as more starts fill the constellation, if only from more angles to choose from to get a signal through,” wrote another Reddit user on the thread.

The occasional problems seem minor compared to the huge upgrade Starlink is providing for many DSL users. A Starlink user named Nickolas Friedrich in downtown Montana told PCMag he was paying CenturyLink $ 120 a month for speeds less than 1 Mbps, but he is now getting Internet speeds up to 170 Mbps from Starlink. PCMag wrote:

Every now and then the service is interrupted for about 10 seconds. Or the speed drops to 20 Mbit / s. This is likely due to the limited number of Starlink satellites in orbit, which is currently 800. Overall, however, according to Friedrich, the system represents a massive upgrade compared to his DSL provider.

“If you’re just using Starlink to watch YouTube or Netflix where they download a buffer, it will feel like great city cable internet,” he added. “The upload is also between 10 and 38 Mbit / s.”

Bad weather wasn’t an obstacle for Starlink user Curtis Nims in Idaho. PCMag noted, “He uploaded a YouTube video showing him playing Counter Strike Global Offensive over the Starlink network in heavy rain. Despite the rain, its connection still hit 113 Mbit / s for downloads and 15 Mbit / s for uploads. ”

Another Starlink beta tester took the terminal to a national forest in Idaho and received downloads of 120 Mbps, uploads of 12 Mbps and a latency of 37 ms, as we reported last week.

Expansion to the south of the USA in progress

SpaceX charges beta users $ 99 per month plus a one-time fee of $ 499 for the user terminal, mounting tripod, and router. Jonathan Hofeller, VP of SpaceX, said the company hopes to bring the price down on the equipment at some point.

The Starlink beta could expand to the southern US in a few months. When asked when Florida will get Starlink, SpaceX CEO Elon Musk becomes

Individuals hoping to be invited to the Starlink Beta can enter their email address and address on the Starlink website.

These were the details of the news SpaceX Starlink is experiencing some issues, as expected, but users are... for this day. We hope that we have succeeded by giving you the full details and information. To follow all our news, you can subscribe to the alerts system or to one of our different systems to provide you with all that is new.