Crazy new haptics and adaptive triggers are why you’ll love the... 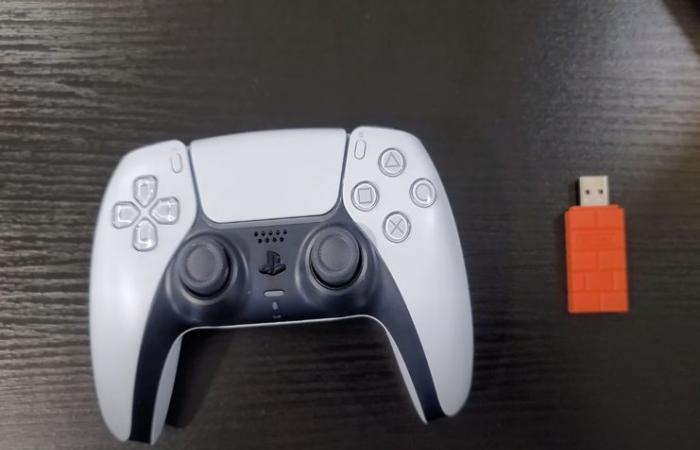 Almost everyone who has touched the PS5 and the brand new DualSense controller has fallen in love with them. And a big part of the reason for that is what Sony aptly called an “adaptive trigger”.

It’s a simple idea – use haptic feedback for a trigger that changes the resistance level. It’s also one of those great ideas that someone should have thought of a long time ago because it really adds to the immersion. Combine it with a whole new way to make the controller rumble and you are in award-winning territory when it comes to a game controller.

Little did you know you needed resistance and feedback in your triggers until you tried.

The concept is a little difficult to understand. Why should the resistance on my triggers ever change? I get that, but luckily some games are already set up to be used in really cool ways. Games like Fortnite use the new haptics to change the vibration based on the weapon you’re holding, and the triggers themselves change based on your weapon too. The exclusive Deathloop for PS5 does the same thing and even locks the triggers if your gun gets jammed. Perhaps the coolest demo is how NBA2K21 increases drag when you get tired, which makes those three pointers and long passes more difficult.

Buy some of the best Black Friday deals on the internet NOW!

I think you got the idea here, but I’m also very impressed with how Sony is doing it.

As YouTuber TronicsFix shows in the video above, Sony is using all of the new hardware in DualSense to enable the great haptic experience. The old tiny motors with a weight on the shaft are being replaced with sealed motors that are likely to become unbalanced inside the unit for a much stronger and more precise rumble, and a second motor controls the trip voltage.

Two things you see in the photos above tell the whole story: a worm gear on the trigger itself and the vibration dampers on the screw holes. The new haptic motors can rumble so hard that the remaining parts have to be provided with rubber and silicone dampers so that they are not damaged if the controller makes a full-blown death-sound. These little engines are impressive.

The DualSense can rumble like never before. It’s so strong that Sony had to add dampers to most of the internal parts.

Inside the trigger assembly itself is a small motor that operates the gear I mentioned. There you will also find a small circuit board that serves as a motor control for extremely precise adjustment. When these motors are not powered, the trigger works the same way as the PS4’s DualShock and only spring tension is involved. However, when powered, the motors control the length of movement and force required to pull the trigger down, and provide a real feel to a part that never had it.

I’ll save the best for last – everything is modular. The battery can be changed in the same way as a DualShock battery. All circuit boards are easy to remove and replace, and even the adaptive trigger assemblies pop out instantly for easy repair. You’ll find the value in it when you have a few thousand hours on the controller and things wear out. It also allows third parties to get involved and manufacture custom parts and electronics for the hardcore console gamer.

It might sound crazy, but the DualSense controller made me think about buying a PS5 to complement my gaming PC.

I’m mostly a PC gamer, but I use a DualShock with games that support a controller. When I see the level of detail on DualSense, I really want my own PS5. Integrating smart motors and working with game developers to make good use of them is fantastic and it’s something I probably won’t get from my big green glowing gaming rig.

These were the details of the news Crazy new haptics and adaptive triggers are why you’ll love the... for this day. We hope that we have succeeded by giving you the full details and information. To follow all our news, you can subscribe to the alerts system or to one of our different systems to provide you with all that is new.