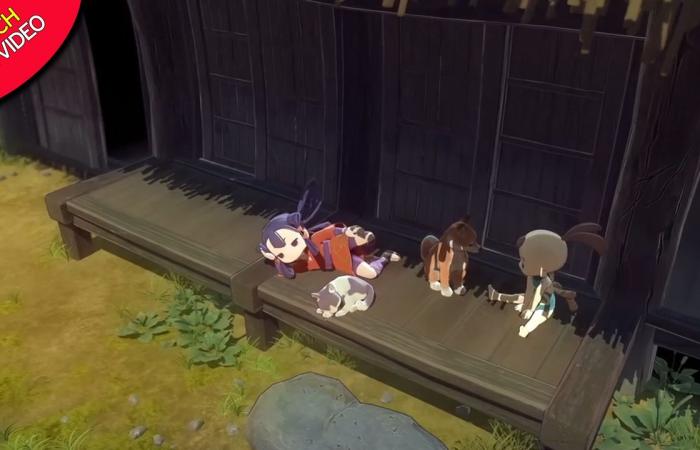 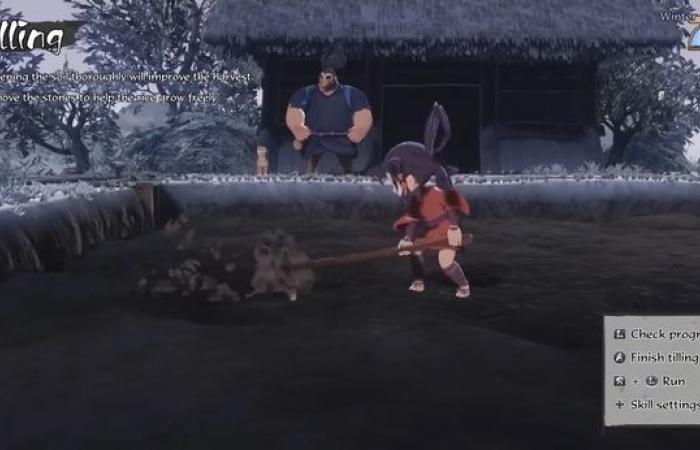 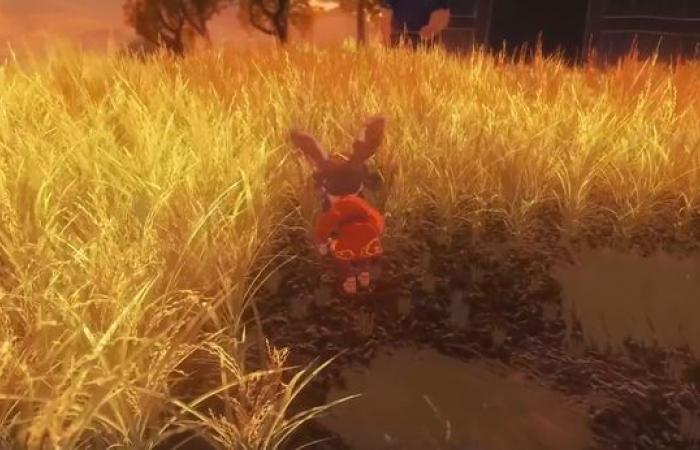 Developers often try to fuse different genres into one, creating new experiences. That’s what we love about gaming when we’re playing something that hasn’t been done before. After Edelweiss’ Sakuna: Of Rice and Ruin was shown at E3 almost three years ago, it’s finally here, mixing high-speed combat with rice growing.

Raised up in luxury, the princess Sakuna – daughter of the warrior god Takeribi and the harvest goddess Toyohana – was terribly spoiled in the high realm in which the gods live. After a drunken encounter with Tauemon and his family, who somehow made it the heavenly realm, Sakuna burns the sacrifice for the main goddess Kamuhitsuki.

As a punishment, the princess is banished to the island of demons and commissioned to find the origin of its monstrous inhabitants. Fortunately, she won’t be alone as Tauemon and his family have no way of returning to the human realm. Edelweiss did a great job creating a gripping story that is full of comedic jokes and references to Japanese mythology.

Sakuna: Of Rice and Ruin looks beautiful, adding an anime twist to the famous Japanese ukiyo-e style. The dreamy colors go well together and make every scene look like a work of art. Each character model has a great design with intricate details, especially about the gods. All of Sakuna’s attacks are eye-catching and breathtaking. Players will have a pleasure just seeing them in action.

That being said, the level designs are a bit uninteresting and sometimes boring. Areas occasionally offer similar backgrounds with accentuated features. However, this does not affect the actual layout of the layers, which are good. The mythical giants that await Sakuna in every boss fight are simply sensational to look at, one of the many highlights of this adventure.

A great thing about Sakuna: Of Rice and Ruin is the voice acting, where every scene is played like a typical anime, accompanied by traditional-sounding Japanese music. The weird voice acting suits any character and an added bonus is the dual audio that allows players to switch between English and Japanese.

The spoiled goddess Sakuna is a master of combat and agriculture, which dictates the various types of gameplay that make up the game. On one side of the game, players battle demons as they explore and unlock areas on the island. There will be a main quest objective that will advance the story and a side quest that Tauemon and his family will pass on to you. Each stage also has exploration targets that vary by area.

Players want to complete as much as they can to be rewarded with weapons, food to add to your dinner menu, and more. Each stage is filled with platform elements that differ in their difficulty levels, although I don’t think this aspect of the game is challenging enough. It can seem a little too easy, especially with her magical scarf helping you access most areas.

However, a day and night knife increases exploration and difficulty as the enemies are stronger at night and new areas are accessible. Certain phases have boss fights that are very difficult and require a lot of skill and patience, while others allow players to easily search for items.

Sakuna: Of Rice and Ruin also has an RPG element that is pretty verbose. Players can level up and improve their properties like strength, magic, luck, health, and more. An important feature to keep an eye on is Sakuna’s level indicator. Once she has eaten and is full, her health will automatically fill up if she is not fighting. This is a great feature that will help you in your strategy against bosses.

Players also have access to various pieces of equipment that Sakuna can use to fight. All are based on tools found in ancient Japan. They can be improved with special stones, so-called spirit boughs. Players can also customize Sakuna’s fighting skills, which she learns from making rice. Each skill can be improved individually. I have to say that I am deeply impressed and surprised at how detailed the RPG mechanics are and how well they are ultimately improved. You certainly improve the game.

The most detailed part of Sakuna: Of Rice and Ruin is the rice cultivation simulation. Players will be surprised at how much effort goes into getting the perfect harvest. Your harvest has its own attributes that you need to monitor, from hardness to flavor to more.

There’s a lot to master here, and how the players do things will affect the quality of your harvest, from the way you plant the seeds, the type of fertilizer, to the length of time the rice takes to dry – things can not only be done half-heartedly. The quality of the rice affects Sakuna’s strength, allowing her to learn new moves and even change the style of play. The accuracy of creating a farming simulation that rewards players for learning and improving is amazing, and if you know nothing about rice growing, then you will afterwards.

The combat mechanics are pretty easy to learn, but players will be able to perform some amazing moves once mastered. Sakuna has two weapons to choose from, allowing her to do a quick combo that deals less damage but allows more hits and a heavy attack that does much more damage and can be used to fly enemies into each other. She can use one of four combat skills by performing a small sequence with the A key.

Finally, Sakuna’s garb – her magical scarf – can be used to access new areas and bypass enemies to essentially avoid them. These attacks that are available to Saunka allow the player to perform some crazy combos. Players can juggle enemies, parry attacks, and even use objects around them to attack. The fight is addicting and so much fun. With Sakuna constantly learning new attacks and receiving new weapons, the possibilities seem endless and with the controls available, players will find it difficult to put this game down.

The gameplay outside of combat is a hit and miss. I feel like the frame elements aren’t as appealing as they could have been and easily repetitive in the end. To say that players could see this part of the game as therapeutic and a nice break from the chaotic battles.

Sakuna: There is a breath of fresh air from rice and ruins that should not be overlooked. It’s hard to believe that a game with so much detail and depth could be made by just two developers. The Edelweiss team has developed such a unique game with an amazing production and sophisticated gameplay. There are a few small features like enemy repetition and sometimes lackluster layouts that could be improved. However, I think that Sakuna: Of Rice and Ruin is definitely one of the extraordinary releases of 2020.

Sakuna: Of Rice and Ruin is coming to Nintendo Switch, PlayStation 4 and PC on November 10th

These were the details of the news Sakuna: Of Rice and Ruin Review: Unleash the divine power of... for this day. We hope that we have succeeded by giving you the full details and information. To follow all our news, you can subscribe to the alerts system or to one of our different systems to provide you with all that is new.