Beware … this disease makes you more likely to die from... 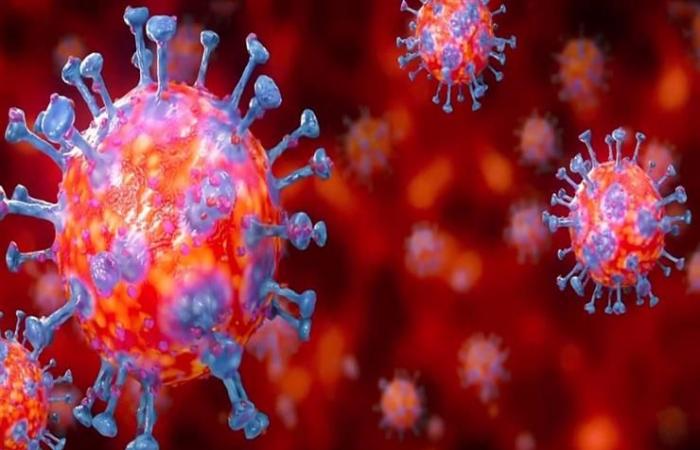 New research published in Anesthesia (a journal of the Association of Anesthesiologists) has revealed the high risk of death that Corona patients face in intensive care, those with chronic kidney disease (CKD) or those who undergo a new (acute) injury to the kidneys as a result of the development of Covid. 19.

CKD is a type of kidney disease in which kidney function deteriorates over months to years, and it is more common in the elderly, according to “Medicalxpress.”

There are five stages of the disease, ranging from the early stages (1 and 2) in which people initially had no symptoms, to the more severe stages 3 to 5, which can be associated with complications such as high blood pressure, type 2 diabetes and heart disease.

The fifth stage of chronic kidney disease is called end-stage renal failure which must be treated either by dialysis (at home or in the hospital), including complex filtering machines that take over the blood-cleaning functions of the kidneys, or by kidney transplantation.

Acute renal insufficiency is a sudden loss of kidney function that occurs over a period of seven days or less, and it can have several causes, including damage and inflammation caused by the Corona virus itself, loss of blood flow to the kidneys, or damage to pharmaceutical drugs or other substances ingested / Syringes, or anything that blocks the flow of urine into the urinary tract.

This new study, led by Dr Sanoj Soni of Imperial College London in the United Kingdom, and his colleagues examined the relationship between renal impairment of Covid-19, after examining clinical findings in 372 patients with Corona who were admitted to four regional ICUs in the United Kingdom during the period. Between March 10 and July 23, 2020, the average age of patients was around 60, and 72% of them were male.

A total of 216 (58%) patients had some form of kidney impairment (45% had acute renal impairment disease during their stay in the intensive care unit, while 13% had previously had CKD), while 42% had no kidney disease Chronic or chronic kidney disease, patients who developed acute renal impairment did not have a history of serious kidney disease prior to admission to the intensive care unit (known from blood tests either upon admission to hospital or from their medical records), indicating that the disease was closely related. Direct infection with Covid-19.

In patients with end-stage renal failure (i.e., stage 5 CKD), who already require regular external dialysis, the mortality rate was 47% (9 of 19 patients), while the death rate was greater in those patients who They underwent kidney transplants, as 6 out of 7 patients (86%) died, highlighting that these patients are the most likely to die.

The researchers also examined rates of kidney replacement therapy, which is a form of hospital dialysis, due to Corona in ICU patients with a kidney injury.

Of the 216 patients with any form of renal insufficiency, 121 (56%) patients required renal replacement therapy, and among the 48 survivors who required dialysis for the first time during their stay in the ICU, 9 had patients (19%). Continuing dialysis after leaving the intensive care unit, which indicates that corona may lead to chronic kidney problems.

The authors say: “As far as we know, this is the first comprehensive analysis of the results in UK critically ill patients with kidney failure, particularly in patients with pre-existing chronic kidney disease.”

The authors expressed their surprise that the deaths in patients with end-stage renal failure and dialysis, who usually had worse outcomes in many other diseases, were similar to those in patients with less severe kidney disease associated with Corona.

However, the authors recommend caution when interpreting these results due to selection bias – meaning that in this study only patients who were cared for in the ICU during the peak of the last boom and other patients with end-stage renal failure, who might They are.

The causes of the high death rate in patients with kidney problems are not clearly understood, there are several theories, among which is that the Corona virus causes inflammation of the endothelium, which is an inflammation of the blood vessels in the kidneys, which is similar to the problem that Corona is known to cause in the lungs .

Other reports indicated that there could be a direct injury to the kidneys from the inflammatory response of the immune system caused by the cytokine (as the body floods with its own immune response, the so-called cytokine storm), as well as the death of kidney tissue associated with the failure of the system caused by Corona.

The authors concluded: “Our data show that kidney disease and failure in critically ill patients with MERS-CoV are common, and are associated with higher mortality. However, there are important differences between acute and chronic kidney disease stages in how they affect mortality in patients.

These were the details of the news Beware … this disease makes you more likely to die from... for this day. We hope that we have succeeded by giving you the full details and information. To follow all our news, you can subscribe to the alerts system or to one of our different systems to provide you with all that is new.