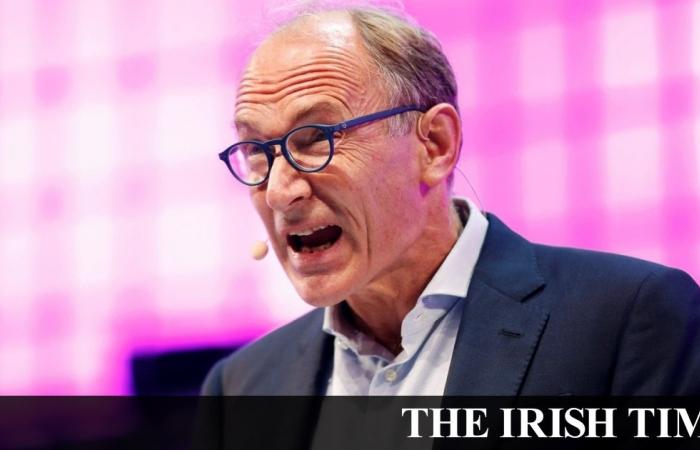 Inrupt, the company Tim Berners-Lee founded to promote a new data architecture for the Web, has launched its first enterprise-grade solid servers for more than a dozen partners, including the NHS, the BBC and NatWest Bank.

Sir Tim described the move as a “major milestone” in the company’s attempts to break down existing data silos on the Web and restore more interconnected networks, which would allow Solid technology to expand on a larger scale.

“There is a sense, a zeitgeist, that change is really overdue,” said Sir Tim, Inrupt’s chief technology officer, in an interview with the Financial Times.

Sir Tim invented the World Wide Web in 1989 as an open and collaborative project, but more recently has expressed concern about how it has been used by high performing tech companies and is determined to turn it “the right way” again.

He said online users are increasingly concerned about how their personal information is being misused for commercial and political purposes.

Developed by Sir Tim and a team of computer scientists at the Massachusetts Institute of Technology, Inrupt’s Solid (Social Linked Data) technology enables users to create their own Pods (Personal Online Data Stores). In this way, they can control their own data at their own discretion and grant access to third-party apps.

For example, the NHS is running a pilot project that will allow users to store their personal medical data on their own pods, upload additional data from other lifestyle apps, and share that information with doctors and care providers. Creating such a trusted and secure data exchange architecture could also help health authorities develop more effective track and trace systems to combat future pandemics, said Sir Tim.

Inrupt is also working with the Flemish government to provide a public service platform for 6.5 million residents. “If you live in Flanders this is how you get your government services online,” said John Bruce, Inrupt General Manager.

Mr Bruce said one of the advantages of using Solid technology was that it allowed for easy interoperability between different services. For example, a music fan using the Spotify streaming service might receive recommendations for a BBC documentary about their favorite band. “You don’t have to take your data away to add value to you,” he said.

Mr Bruce said Inrupt was still developing the revenue model for its services but suggested that there would be a linear relationship between usage and value. Inrupt was founded in 2017 as a for-profit company to operationalize Solid and reinvent the web. In the past year, Inrupt raised more than $ 10 million to expand its operations.

It now works with thousands of developers, entrepreneurs, tech companies, and officials to develop its technology. However, some are skeptical that given the ease and convenience of their free services, Inrupt will ever be able to challenge the entrenched power of big tech companies. – Copyright The Financial Times Limited 2020

These were the details of the news NHS signs up for Tim Berners-Lee Pilot to reinvent the web for this day. We hope that we have succeeded by giving you the full details and information. To follow all our news, you can subscribe to the alerts system or to one of our different systems to provide you with all that is new.