When does Destiny 2 release Beyond Light? Pre- and downtime... 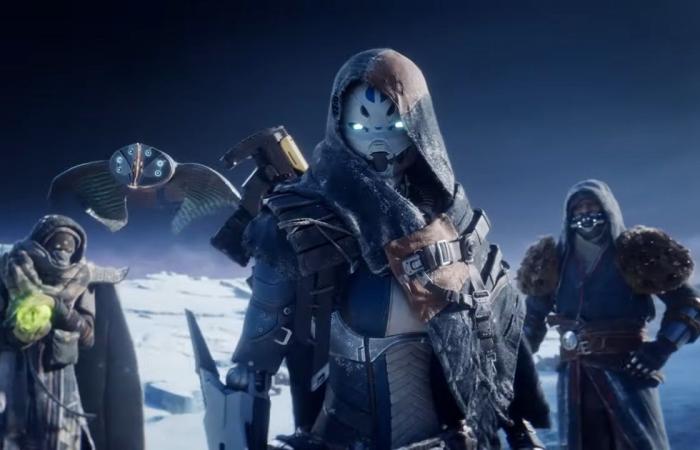 The Destiny 2 Beyond Light expansion is just around the corner, and its roadmap has been revealed with tons of new missions, exotics, and events to be expected. While there’s a lot to expect in November and December, a lot of people are simply wondering: When will Destiny 2 Beyond Light be released? Here you can find the expected downtime and release time, as well as information on pre-loading on PS4, Xbox One, and PC.

There is supposed to be a live event in Destiny 2 before the upcoming expansion hits, but Bungie has been pretty quiet about the upcoming event at the end of the season. Luke Smith has https://twitter.com/thislukesmith/status/1324506834523226112 that there will be a “little event to mark the end of the arrival season,” and Forbes has suggested being in the Tower on November 9 between 4:00 and 7:00 pm

While the end of the season of arrivals has been modestly hyped as “nothing too crazy,” below is the downtime and release time for Beyond Light, as well as information on how to preload on PS4, Xbox One, and PC.

You can preload Beyond Light on PS4 by selecting options in Destiny 2 and clicking “Check for Updates”.

For Xbox One and PC, you cannot preload Destiny 2 Beyond Light until after 9:00 a.m. PT on November 9th.

You need an automatic update on your Xbox One to download it early. For PC, Bungie says the update should be automatically added to the Steam download queue as soon as it becomes available.

What is the Downtime for Destiny 2 Beyond Light?

The downtime for Destiny 2 Beyond Light is 7:00 PM on November 9th.

This downtime for Beyond Light is causing Destiny 2 to go offline for maintenance. This means that players will be removed from activities and will no longer be able to log in.

Although a start time has not been confirmed for the end of the season of arrival, it is recommended that players enter the Tower between 4:00 p.m. and 6:50 p.m. PT on November 9th.

This is because downloading at 4:00 p.m. requires a small update before the game’s downtime starts at 7:00 p.m.

When does Destiny 2 Beyond Light start?

Destiny 2 Beyond Light is expected to be released on November 10th at 12:00 noon.

The Destiny 2 Beyond Light start and release time listed above was courtesy of Bungie’s recent TWAB.

Before the expansion start hour mentioned above, players can log back into the game on November 10th at 9:00 a.m.

However, it is not until 12:00 noon when maintenance is expected to be completed.

Check out this week’s latest version on Bungie for everything to do with release time and Beyond Light pre-loading information.

These were the details of the news When does Destiny 2 release Beyond Light? Pre- and downtime... for this day. We hope that we have succeeded by giving you the full details and information. To follow all our news, you can subscribe to the alerts system or to one of our different systems to provide you with all that is new.