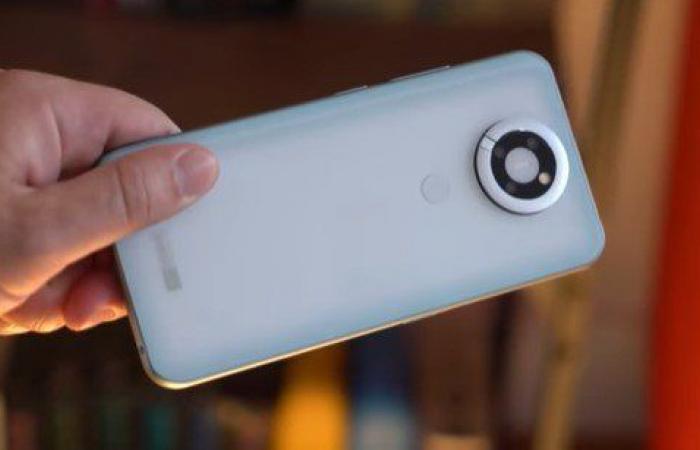 HMD Global has made a habit of redesigning certain classic Nokia phones and rebooting them with modern specifications and a refined design. Since it started doing this a few years ago, it has remade a handful of classic phones, none of which is a smartphone. It turned out there were plans to redesign the Nokia N95 and now we’re getting a first look at a prototype as well as design drafts.

The Nokia N95 was a popular smartphone in its day. The phone with a slider can be slid up to reveal the alphanumeric keypad or down to reveal a hidden set of playback controls at the top.

Popular YouTuber, Mr. Mobile, decided to revisit the icon in a special series, and when HMD Global heard about it, they sent him a prototype of a modern day Nokia N95 that never became the end product.

The video shows that the redesigned Nokia N95 would have looked like the Nokia 3.4 with its cookie-shaped camera house with three cameras and a fingerprint scanner on the back. That sure doesn’t look like an interesting design until you find that the phone can slide sideways to the left to reveal a long speaker grille, as well as a wide-angle camera, ultra-wide-angle camera, and an LED flash. But that’s not all.

The ring around the rear view camera can also be pulled out to serve as a stand. The design made it possible to prop up the phone to watch movies, make video calls, or even serve as some sort of smart desk clock. Cool right?

HMD Global’s Chief Product Officer Juho Sarvikas also went to Twitter to reveal other designs they were considering. One sketch shows the phone with a vertical sliding design, with a speaker at the bottom visible when slid up, while another shows that the device can be slid to the left to reveal the front-facing camera and speaker. Other designs shared by the company’s executive director include a two-slider design and an angled slider design.

There’s no information that the product has been completely abandoned, but we believe this phone should have arrived two years ago when the cellular industry had a “slider phase” with phones like the Mi MIX 3 and Honor Magic 2.

What do you think of the prototype Nokia N95? Let us know in the comments box.

These were the details of the news HMD Global made the Nokia N95 almost completely new. works... for this day. We hope that we have succeeded by giving you the full details and information. To follow all our news, you can subscribe to the alerts system or to one of our different systems to provide you with all that is new.