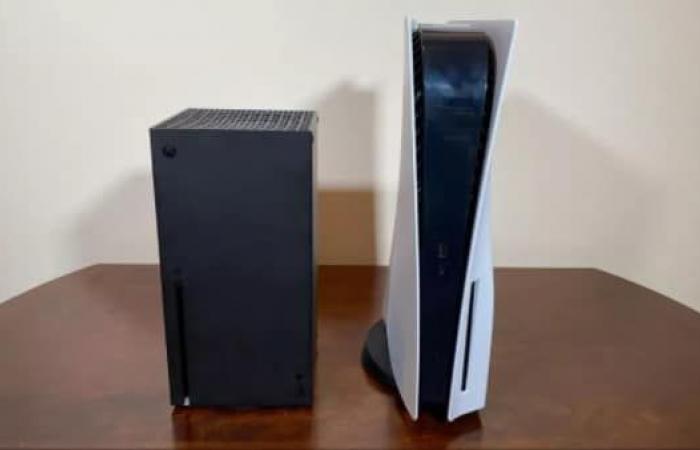 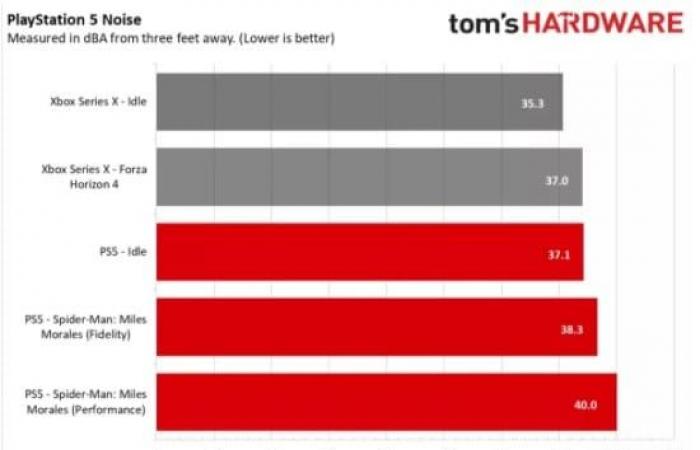 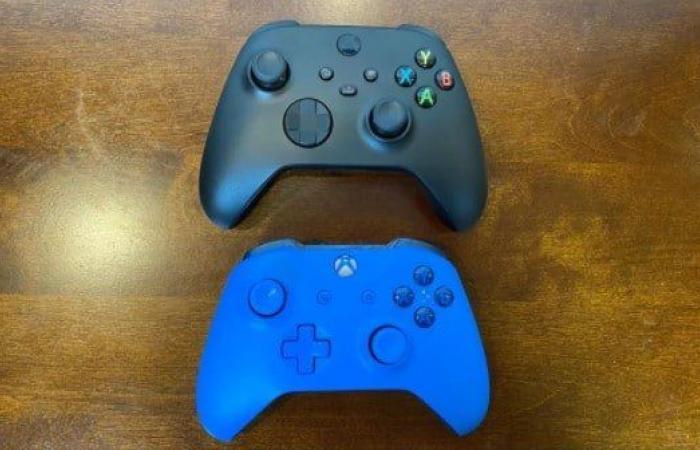 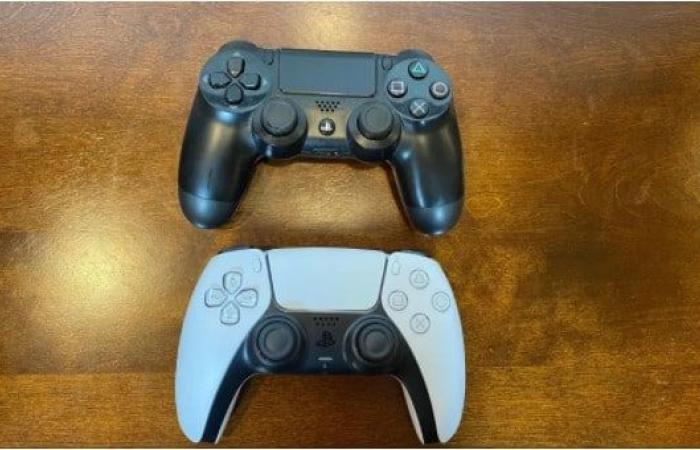 This year 2020 is dark and gloomy in many ways; in terms of hardware on the other hand, it is rather bright and thrilling. From NVIDIA’s RTX 3000 Ampere graphics cards to AMD’s Ryzen 5000 and RX 6000 to Intel’s Comet Lake-S and Tiger Lake, the picture is already enchanting. It is now up to Microsoft and Sony to complete it, by adding two elements to the decor: two machines called Xbox Series X and PlayStation 5. The first will land on November 10 (as well as its little sister Xbox Series S); the second, available in classic and All Digital versions, will arrive a few days late in France on November 19.

On the fresco, it is difficult to separate them. The aesthetics of the two consoles? It is very subjective. The price ? In their best version, the two rivals cost 499 euros. The specifications ? The Microsoft champion is a little more powerful, but that remains theoretical. It is therefore inevitable: when one is called Xbox Series X or PlayStation 5, it is no longer enough to strike a pose; the two subjects will have plenty of time to do so over the next few years anyway, proudly displayed in the bedroom or living room of their worshipers. But for now, it’s time for consoles to show off what they’ve got in the box.

As a preamble, know that the referee of this meeting is called Tom’s Hardware US. Our colleagues had the opportunity to individually test each of the consoles, PlayStation 5 and Xbox Series X. From our side, we will also offer you complete files on the two rivals in the coming days.

On the other hand, if the results communicated here are intended to be objective, we are well aware that they do not in themselves justify the choice of a console, and fortunately. This decision is also motivated by other considerations, including emotional ones. This is all the more true for this type of product, true playmates capable of entertaining their owner for years. And when we love, we put up with faults, it is well known; at least for a while. The results below therefore have no prescriptive ambition: they will simply allow you to choose your next sidekick knowingly.

In previous months, the marketing arguments put forward by Sony and Microsoft were quite similar: very fast loading times thanks to the presence of an NVMe SSD and games in 4K embellished with ray tracing. In fact, the Xbox Series X and PlayStation 5 have a similar hardware architecture.

For now, on the games available, which do not include cross-platform titles, no machine really stands out visually. And it is difficult to know if in the long term, the Xbox will really take the advantage on this point.

Indeed, although its GPU benefits from a quantity of computing units greater than its rival (52 against 36), its frequency is lower: 1.825 GHz against 2.23 GHz. Thus, depending on the games, it is not excluded that this velocity ultimately gives the advantage to the Sony console.

When it comes to storage, the PS5’s 825GB SSD actually only grants 667.2GB of usable space; that of 1 TB of the Xbox Series X, 802 GB. In addition, the Microsoft console takes advantage of interesting features such as the Quick Resume.

On the other hand, for wireless connectivity, a clear advantage over the PlayStation 5: it enjoys Wi-Fi 6, while the Xbox Series X remains on Wi-Fi 5.

Therefore, our colleagues give the winning Xbox Series X, but narrowly.

Watch Dogs Legion: ray tracing of the Xbox Series X version compared to that of the PC version

When it comes to size, the PlayStation 5 is significantly bulkier than its opponent. Sony’s machine measures 390 x 104 x 260 mm; that of Microsoft, 151 x 151 x 301 mm. The two boxes can be positioned horizontally or vertically, a little easier for the Xbox than for the PS5. Aesthetically, the first is all black, the second black and white. Due to its more compact size and its easier change of position, Tom’s Hardware gives Xbox another victory in this category.

Again, difficult to objectively assess the two consoles with different games. Our colleagues had the following titles at their disposal: Spider-Man: Miles Morales and Astro’s Playroom for the PS5, Forza Horizon 4 and Gear 5 for the Xbox Series X. In both cases, the PS5 consumed more watts than its competitor .

In the mode “Sleep”, which still allows downloading, the PlayStation 5 is more economical than the Xbox Series X; however the hierarchy is reversed in « repos ».

As for noise, Microsoft’s machine is quieter than Sony’s by a few dBA; the sound level is still contained for the two consoles.

So it’s still a clear victory for the Xbox Series X.

Unlike the Xbox Series X, the PlayStation 5 inherits dust collectors on both sides of the system. Sony has already said that this allows users to easily vacuum dust from their console.

Different philosophy on the side of Microsoft, which does not offer such a mechanism. According to the company, “There is no user accessible way to open / clean the system, which was designed to be very open for air circulation. Blowing compressed air through the air vents will help expel any dust that has accumulated ”.

The disassembly of the PlayStation 5 is done simply with a Phillips screwdriver. It will also be necessary to play the tool to access the PCIe 4.0 slot of the SSD. Thanks to a subsequent software update, it will also be possible to change the SSD like a PC.

The Xbox Series controller is a slightly smaller version of the Xbox One controller. Microsoft simply gave it a D-Pad similar to that of the Elite controller and a dedicated share button.

On the Japanese side, we have completely reworked the controller, the famous DualSense. This controller notably benefits from haptic feedback, adaptive triggers and a speaker.

Concretely, according to Tom’s Hardware, it is ultimately this DualSense which marks a real generational leap, more than the graphics or the loading times; the tester speaks of a “Multisensory experience with enormous potential”. In the game Astro’s Playroom, for example, this materializes in sounds synchronized with the action and vibrations that mimic rain.

It is therefore logically the PlayStation 5 which wins in this category.

This ultimate criterion depends a lot on individual tastes. The PlayStation 5 can boast several exclusives at launch: Spider-Man: Miles Morales, Astro’s Playroom, Demon’s Souls and Sackboy: A Big Adventure; as for Bugsnax and Godfall, they will be on PC but not on Xbox Series. Backward compatibility with older PS4 games is assured, with a few exceptions.

At Microsoft, there is no exclusivity at launch. Indeed, Halo Infinite and The Medium will finally arrive only in 2021. In addition, the entire catalog will also be accessible on PC. However, backward compatibility spans 4 generations, which means thousands of games. In addition, add to that a pretty attractive Game Pass and an Xbox All Access plan at 32.99 euros per month which could appeal to some.

If we count the points, the Xbox Series X wins by a short lead: 4 to 3. Only you will understand, it is the obvious, but each console has its own strengths.

The Xbox Series X can boast a more muscular setup in a smaller body. It seems to have lower consumption and noise level than the PS5. Finally, it is based on a catalog of games well developed but unfortunately quite sparse in exclusives for the moment.

For its part, the PlayStation 5 gets a really innovative controller and many exclusives.

Knowing that the consoles are sold at the same price, the financial aspect does not allow to decide either. As often, the games will be the determining criterion; but judging the quality of these is not part of our skills. In any case, on a purely material aspect, the two consoles are equal.

These were the details of the news the time has come for the match for this day. We hope that we have succeeded by giving you the full details and information. To follow all our news, you can subscribe to the alerts system or to one of our different systems to provide you with all that is new.