French astronomers discover where the universe’s hidden matter is hidden ..... 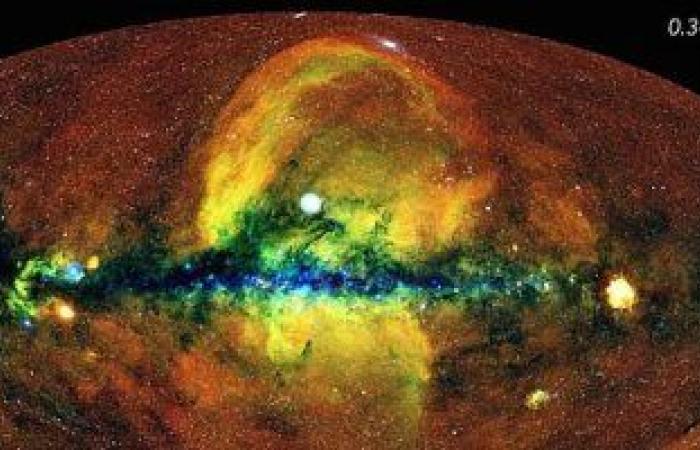 The research, published Friday in the Journal of Astronomy and Astrophysics, said scientists had found the missing material after analyzing a dataset recorded 20 years ago.

Scientists believe that the strings of gas forming the cosmic network connect networks of galaxies across the vast voids out of nothing in the universe, according to a press release issued by the French National Center for Scientific Research, as these strings form a source of new cosmic material for nearby galaxies or black holes, which makes the network more interconnected and hidden.

The French researchers believe that the reason for this is that the strings of the cosmic network are widespread and that the signals it emits are very weak, and therefore they were not discovered over 20 years even though all the data were very clear.

Researchers from the French National Center for Scientific Research were able to review the X-ray emissions of gas filaments, along with information on the physical arrangement of about 15,000 strings, and were able to find 40% of the materials in the universe in them.

By analyzing X-rays, the team was able to confirm that these filaments contain massive amounts of hot gases that were not previously studied, and that a large portion of the universe’s matter is hidden in plain sight.

These were the details of the news French astronomers discover where the universe’s hidden matter is hidden ..... for this day. We hope that we have succeeded by giving you the full details and information. To follow all our news, you can subscribe to the alerts system or to one of our different systems to provide you with all that is new.