Safari translations in iOS 14 are being rolled out in more... 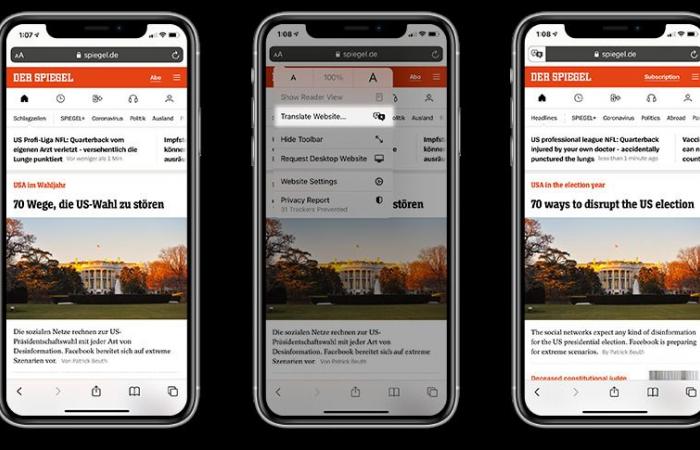 Apple has reportedly expanded access to a new iOS 14 feature that allows users to translate web pages in Safari.

This feature, which was introduced in September with iOS 14, allows users to translate foreign language web pages natively in Safari by tapping the “aA” icon in the address bar. The button that was originally implemented to control page font size is now a collection menu for native Safari features, including website settings and privacy reports.

The Safari feature was limited to US users when it launched, but it expanded the iOS 14.2 release to other countries on Thursday. According to 9to5Macthe feature is now live in Brazil and Germany. In other countries, the translation function may be introduced in the coming days.

Safari translations should not be confused with the translator app. Apple with iOS 14 has also introduced a stand-alone translation app that integrates text and language translations into a clear user interface. The system can translate between Arabic, Chinese, English, French, German, Italian, Japanese, Korean, Portuguese, Russian and Spanish.

Both Safari translations and the translation app support the eleven languages ​​mentioned above.

These were the details of the news Safari translations in iOS 14 are being rolled out in more... for this day. We hope that we have succeeded by giving you the full details and information. To follow all our news, you can subscribe to the alerts system or to one of our different systems to provide you with all that is new.