A blue dwarf decorates the dome of the sky tonight from... 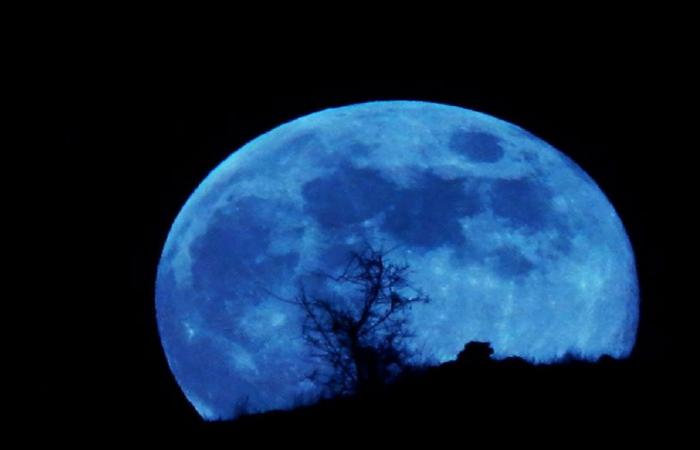 The Astronomical Society in Jeddah revealed in a report that this moon will also represent the second farthest and smallest moon of Badr – the dwarf moon – during the month of October of this year, as it will be at a distance of 406,166 kilometers, which means that it is 49,131 kilometers from the nearest and largest moon for this year. The giant moon last April, and thus, its apparent size will be about 14% smaller and about 30% less light compared to the giant moon.

The blue dwarf will rise from the eastern horizon as the sun sets, reach its highest point in the dome of the sky at midnight, and set at sunrise the next day.

A dwarf moon description of a full moon is given when the distance between the center of the moon and the center of the Earth is further than 405,000 km. It is a term referring to the scientific name “apogee moon” and means that the moon is at the farthest point from the earth.

It is known that most months in the solar calendar contain only one moon, but during October there are two on October 1 and 31, and according to the general name, the second moon is called the blue moon and it is just a name, so the moon will not turn blue, but rather its color will remain The usual gray you see every month.

In general, this blue dwarf will not have an effect on the Earth, except for the two phenomena of tides, which are natural, and it is known that the biggest difference between tides occurs at the full moon or its conjunction at the beginning of the month, and during these phases of the moon, the gravitational forces of the moon and the sun combine to draw ocean water same direction? Since this full moon is at the farthest point from the Earth, the contrast is about 5 cm smaller than the normal tides.

There will not be much effect on the internal energy balance of our planet, because the tides occur every day, so no unusual geological activity is expected and there is no scientific evidence to support any such association.

These were the details of the news A blue dwarf decorates the dome of the sky tonight from... for this day. We hope that we have succeeded by giving you the full details and information. To follow all our news, you can subscribe to the alerts system or to one of our different systems to provide you with all that is new.