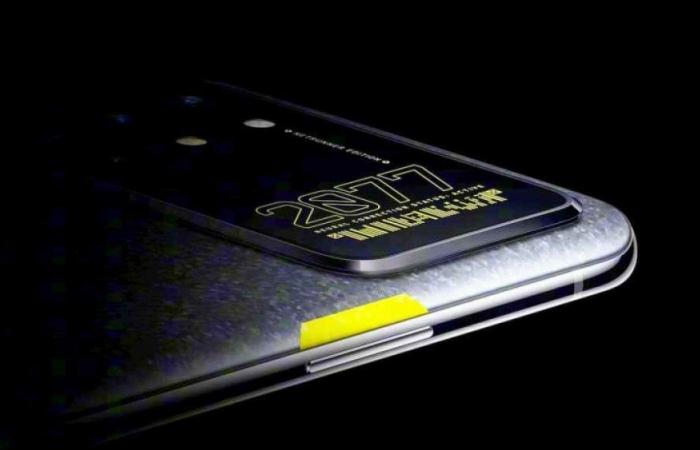 Due to the partnership with OnePlus and CD Projekt RED, version Cyberpunk 2077 has been added to OnePlus’ newest flagship OnePlus 8T. There are some design changes, especially where the rear camera setup is.

Cyberpunk 2077, developed by CD Projekt RED and dubbed the game of the year before its release, also has sponsorship agreements with many companies. One of these deals was with OnePlus, which has a large fan base with its smartphones. Due to the agreement between the two companies, the Cyberpunk 2077 version of the OnePlus 8T will be released, which was announced for global markets earlier this month. The smartphone called OnePlus 8T Cyberpunk 2077 Edition, which will be announced on November 2nd, will have a design that looks like it’s no longer in the future.

Cyberpunk 2077’s release date was recently moved from November 19th to December 10th. This delay, received with great sadness by the fans waiting for the game, shows us that the Cyberpunk 2077-themed OnePlus 8T will be released ahead of the game. The smartphone’s rear cameras, which will be released on November 2nd, will have a different design. OnePlus, which enlarged the camera module a bit, added 2077 text here.

Although the design is different, this phone is essentially a OnePlus 8T. For this reason, no change in the technical characteristics of the device is expected. The smartphone with a 6.55-inch Full HD + 120 Hz refresh rate screen is powered by the Qualcomm Snapdragon 865 chipset. The device, which is offered for sale with 8 GB RAM / 128 GB storage space and 12 GB RAM / 256 GB storage space, has a quad camera installation of 48 MP primary.

The phone comes with an Android 11 based OxygenOS 11 operating system and a 4,500 mAh battery that supports 65W fast charging. Although Cyberpunk 2077 has not yet been released, its great ambience seems to attract many companies to collaborate with this game. The game, which is expected to make big bucks for CD Projekt RED, will be with us on December 10th unless it receives a new delay.

These were the details of the news Cyberpunk 2077 Special Edition of OnePlus 8T released for this day. We hope that we have succeeded by giving you the full details and information. To follow all our news, you can subscribe to the alerts system or to one of our different systems to provide you with all that is new.