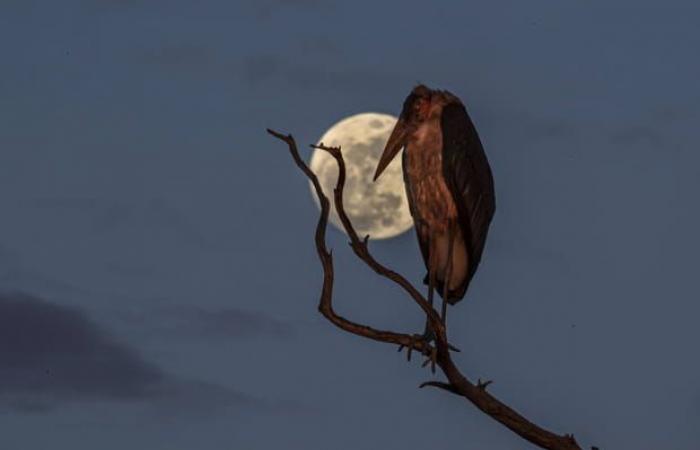 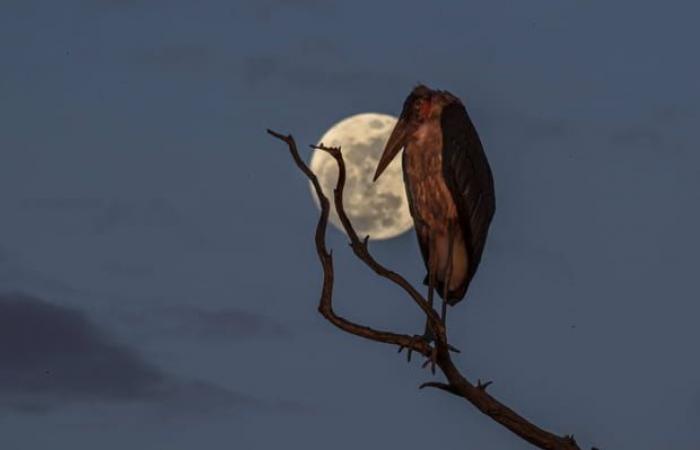 BLUE MOON – From October 31 to November 1, 2020, a rare phenomenon could be photographed in the night sky around the world: a full blue moon, which, despite its name, has not changed color. What then is its meaning and symbolism? Discover its most beautiful images and the reasons for its rarity.

[Mis à jour le 1er novembre 2020 à 02h17] If no witch appeared on her broom this Halloween night, a blue moon nevertheless pointed her nose in the sky. On observation, this full moon of October 31, 2020 was however quite similar to another. But it had the distinction of being the second full moon of the calendar month, which is why we call it a blue moon, and to fall just in time for our traditional festival of monsters, vampires and other witches. Check out photos of this blue Halloween moon, taken around the world:

Two full moons in the same month, that only happens a handful of times in a century, and the last time a blue moon was visible in the Halloween sky was in 1944. This year 2020 so special by these time of coronavirus, thus has 13 moons instead of 12 (since two full moons occur in the same month instead of one) and this month of October is the only month of the year 2020 to have two full moons moons. The next time a blue Halloween moon appears in the sky will not happen for another 19 years, October 31, 2039. For astrologers, a blue moon is the meaning of a change or a revolution. Nothing surprising in this year 2020 under coronavirus …

If the blue moon occurs every two and a half years, a phenomenon that is explained when a second full moon is visible in the same month, it is much rarer for it to appear on Halloween. Indeed, the last time that a thirteenth full moon had slipped on the date of this festival, visible for all time zones, it was in 1944, during the Second World War. The next blue moon on October 31 will not take place before 2039.

A blue moon is not a blue colored moon, but means that in the same month two full moons appear. Indeed, this year 2020, a first full moon appeared on October 1, and a second, the full blue moon therefore, appeared on October 31. Usually only one full moon is observed in a month, the lunar cycle being 28 days. Exceptionally, the year 2020 had 13 moons instead of 12. As a general rule, we see a single Blue Moon every 2.7 years. The last blue moon was on March 31, 2018.

The blue moon was visible around the world at different times: “The moon is always full for everyone, but it is moving. It takes 12 hours for it to move from one hemisphere to the other. This probably means that she will get up early enough to have time to be full everywhere on the planet during the same day “had specified the President of the Corporation d’astronomie de Val-Bélair at Radio Canada. In France, it was visible from 3:51 p.m. (Paris time) and all night from October 31 to November 1, 2020.

The full blue moon of October 31, 2020 was observable from all parts of the earth, for all time zones. Which means that it was necessarily visible in the sky of France, but the sky was generally not very clear.

The use of the term “blue” would result from a blunder in an article of the American magazine of amateur astronomy Sky and Telescope, in 1946. The article in question was titled “Once in a Blue Moon” and was written by journalist James Hugh Pruett who had misinterpreted the 1937 Maine Farmers Almanac. And so this confusing expression has been around the world in no time …! Every two to three years, the year includes 13 full moons instead of 12. The blue super moon is therefore associated with the number 13. Beliefs from the Middle Ages associate these years with 13 full moons with natural disasters, but gardeners rather evoke particularly rainy years not very favorable for harvests.

The last Super Blue Moon was on January 31, 2018. The conjunction of the phenomena, super blue moon and super blood moon, had not occurred since March 31, 1866 and the next one will not take place before January 31, 2037. To understand this Super Blood Blue Moon phenomenon, read the paragraph below:

If lunar eclipses can occur several times a year, the conjunction of the two phenomena (Super Moon and total eclipse) is rare and gives rise to what is called a blood moon. Several centuries ago, “blood moons” were seen as the herald of great catastrophes. Today, we know that this color is due to the projection of sunlight. During the lunar eclipse, it is possible to “see the reflections on the lunar surface of all sunrises and sunsets on Earth”, a phenomenon which results from “a rare alignment of these three astronomical cycles”, said highlighted in Point by Professor Jason Aufdenberg of Embry-Riddle Aeronautical University in Florida.

These were the details of the news the most beautiful pictures of the full moon of Halloween for this day. We hope that we have succeeded by giving you the full details and information. To follow all our news, you can subscribe to the alerts system or to one of our different systems to provide you with all that is new.