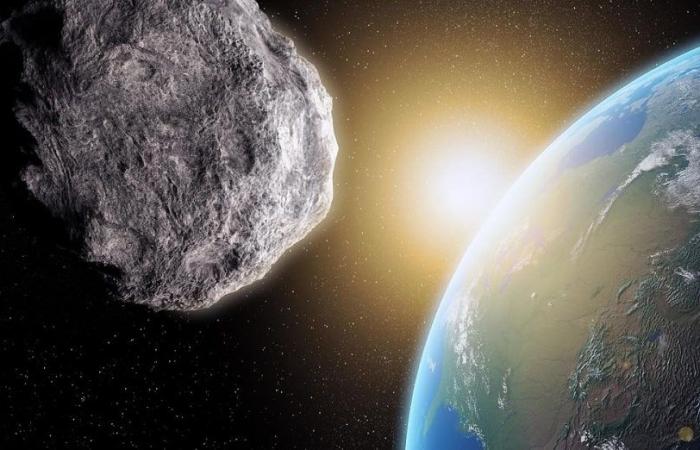 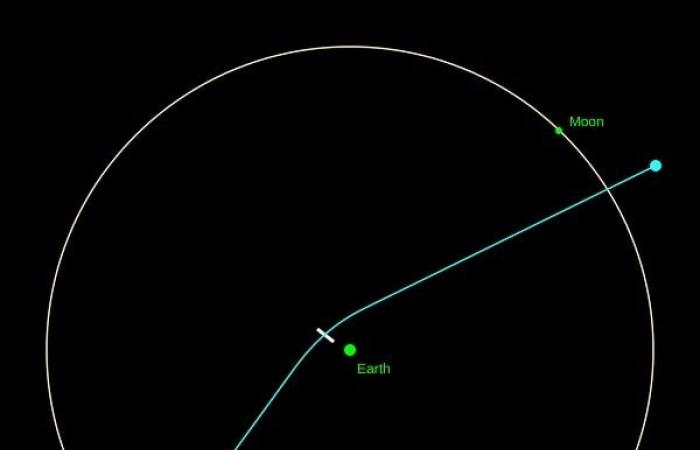 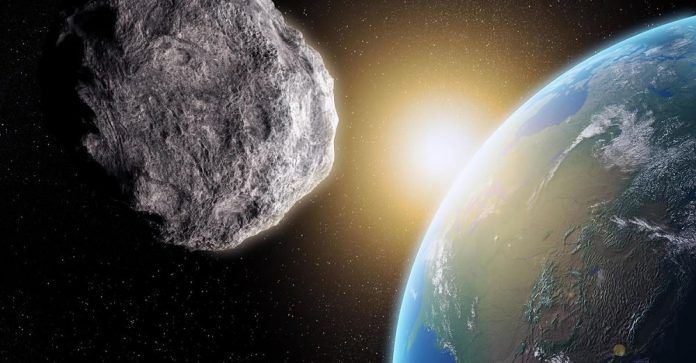 Discovered in 2004, (99942) Apophis is a near-Earth asteroid 320 m in diameter whose orbit causes it to cross that of the Earth twice in each of its revolutions. If its next passage near the Earth in 2029 no longer worries astrophysicists, its passage in 2068, meanwhile, raises some concerns. Undergoing an orbital deviation effect (Yarkovsky effect), Apophis’ trajectory could bring it dangerously close to Earth within 48 years, with a risk of collision that cannot be ruled out.

A new report suggests that an asteroid named after the Egyptian god of chaos, Apophis, could approach Earth in 2068. Astronomers tracking the asteroid have found that it has accelerated, through an orbital process called Yarkovsky effect.

« New observations we got with the Subaru telescope earlier this year revealed Apophis’ Yarkovsky acceleration. They show that the asteroid is moving away from a purely gravitational orbit of around 170 meters per year, which is enough to keep the 2068 impact scenario in place. Says astronomer Dave Tholen of the University of Hawaii.

Apophis, which Tholen and his team discovered in 2004, is also expected to overtake Earth in 2029. Fortunately, calculations have shown that there is no chance of it hitting our planet at that time. During its close passage on April 13, 2029, Apophis will pass so close to Earth that the asteroid 320 m in diameter will pass between our planet and a network of communication satellites. A sufficient distance to see it with the naked eye!

An orbital change due to the Yarkovsky effect

As for 2068, astronomers had previously ruled out the possibility that it could collide with Earth. The new observations, however, that the researchers presented at a virtual meeting of theAmerican Astronomical Society earlier this year revealed a surprising possibility: we cannot rule out a collision.

So why this change of orbit? Asteroids absorb sunlight as they pass through the Solar System. In order to maintain thermal balance, an asteroid will emit this solar energy in the form of heat. This generates a force that causes them to accelerate and, in turn, alter the orbit of the asteroid. This is the Yarkovsky effect.

NASA and other space agencies are constantly monitoring potentially dangerous objects for these orbit-altering effects. This is critical in the case of asteroids like Apophis, which are expected to pass very close to Earth. Fortunately, we are preparing for this exact scenario.

Next year’s DART mission will lead a critical mission in which a small spacecraft crashes into a small asteroid in an attempt to deflect it from course. This will only be a trial run, but it will give the world’s space agencies heaps of data that could be used to set up a deterrent for asteroids that could suddenly end up on a collision course with Earth.

*The article has been translated based on the content of Source link by https://trustmyscience.com/asteroid-apophis-collision-possible-terre-2068/
. If there is any problem regarding the content, copyright, please leave a report below the article. We will try to process as quickly as possible to protect the rights of the author. Thank you very much!

These were the details of the news a collision with Earth in 2068 cannot be ruled out for this day. We hope that we have succeeded by giving you the full details and information. To follow all our news, you can subscribe to the alerts system or to one of our different systems to provide you with all that is new.