Crown Tundra: How to Catch Registeel, Regieleki, Regidrago, and Other Legendary... 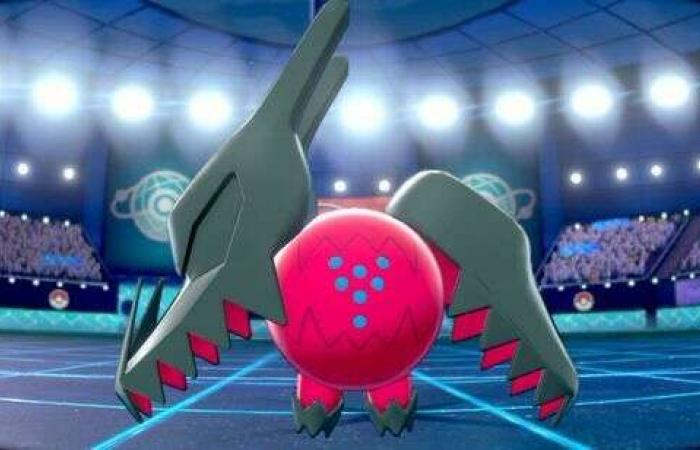 The new Crown Tundra DLC from Pokemon Sword and Shield sends you on an expedition through the arctic expanse of the title to investigate a number of Pokemon legends, including one that revolves around the legendary giants Registeel, Regirock, and Regice. You have to catch all three before you can encounter the two new Regis of the DLC. Regieleki and Regidragobut they are all sealed in ruins scattered around the crown tundra. Here’s what you need to do to enter the ruins and catch each of the regis.

How do I get Registeel?

The first ruins you will likely come across are Registeel Houses. The Steel Type Shrine is in the Giant Bed just outside Freezington, which makes it hard to miss.

Before you can enter the shrine, you must open the door by solving the following riddle: “Ring the piercing note that wakes the giant of steel.” Although this hint is rather vague, all you have to do is open the door whistle by pushing in the left joystick. Note that if you attempt to open the door you will not be able to ride a bike, as in this situation you will press the control stick and you will be ringing the bell rather than whistling, which will not work.

Once inside the ruins you will need to awaken Registeel by stepping on each of the points that adorn the floor. Once all the points are lit, interact with the statue at the other end of the room and you will start a fight with Registeel. Don’t worry if you accidentally turn Registeel off before you catch it. You can simply re-light the points to start another battle.

How to get Regirock

Another shrine is located deep in the giant bed, which houses the legendary Regirock. As before, there is a puzzle that you have to solve before you can gain access to the ruins: “Make the first Pokémon hold a never-changing stone.” Simply equip the first Pokémon in your party with an Everstone and interact with the door to to open them. After entering the ruins, you will have to re-illuminate all the points on the ground to awaken and fight the legendary Pokémon.

How do I get Regice?

Regice’s Shrine is deep in Snowslide Slope, and to break the seal on its door you must “walk with a living crystal of snow.” Make a Cryogonal the first Pokémon in your group so that it follows you on the field. If you don’t already have a Cryogonal in your collection, you can easily find it in snowy areas around the Crown Tundra.

Once you’ve captured Regirock, Regice, and Registeel, you can gain access to the fourth and final shrine, which is located in the eastern corner of the Crown Tundra in the three-point pass. Have all three Regis in your party when you interact with the door and you will gain access to the ruins.

Once inside you will find that this shrine is a little different from the previous ones. For one, you can only choose one of the new Regis to catch, so you need to think carefully before waking the giant as your choice is permanent. If you have chosen Regieleki or Regidrago, light the points on the floor according to the pattern on the face and interact with the statue at the end of the room to wake it up.

There are many other legendary Pokémon lurking in the Crown Tundra, including the DLC’s royal mascot, Calyrex, who you will have to reunite with his trusty steed as part of your expedition. Peony will also send you on a mission to investigate Galarian Articuno, Zapdos, and Moltres. You can learn more about the other new features in the expansion and Pokemon in our roundup of everything we know about the Crown Tundra. If you’ve just purchased a Sword or Shield Expansion Pass, here’s how to get to the Crown Tundra and access the new content.

These were the details of the news Crown Tundra: How to Catch Registeel, Regieleki, Regidrago, and Other Legendary... for this day. We hope that we have succeeded by giving you the full details and information. To follow all our news, you can subscribe to the alerts system or to one of our different systems to provide you with all that is new.