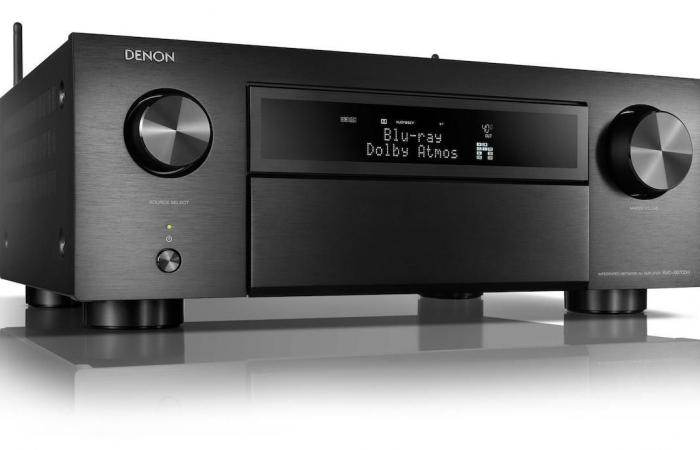 While it’s great that the next generation of consoles and PCs are evolving video game graphics with brilliant new features like 4K @ 120Hz, variable frame rates, and automatic low-latency mode switching, it’s fair to say that the step up is more than one The cause is a few technical problems.

I’ve reported several issues over the past few weeks with LG’s OLED TVs handling the output from Nvidia’s RTX 30 graphics cards (although these TVs are the most advanced gaming TVs out there). Now the latest Marantz, Denon and Yamaha AV receivers also seem to be struggling with next-gen games.

All three respected hi-fi and AV specialty brands have announced new ranges of receivers in recent months that have HDMI 2.1 ports, which supposedly offer all the new features of the Xbox X series, PS5 and newer generations of PC cards. Unfortunately, according to the German website Heisse Online, based on original reports in the computer magazine c’tA bug in the HDMI implementations of all of these new receivers has resulted in their no longer being able to receive 4K 120 Hz video or 8K 60 Hz video from the Xbox Series X and Nvidia PC Cards transfer. If you try this, all you see on your TV or monitor is a black screen.

It is believed that the PS5 may not be affected by the issue due to using a different HDMI implementation. However, we won’t know for sure until more PS5 devices get into the hands of people with one of the affected AVRs.

You can find lists of affected Marantz, Denon and Yamaha receivers here, here and here.

Before anyone asks whether the reported problems actually have more to do with the connected displays, c’t An attempt was made to run the Xbox Series X and RTX 3080 cards in 4K / 120 mode directly on the same monitors and the signals were displaying as expected. Only when forwarding via the allegedly compatible HDMI connections in the AVRs did the dreaded black screen become apparent.

The cause of the problems is alleged to be a known bug in the Panasonic Solutions HDMI chips used by the AVRs (Panasonic Solutions is now owned by Nuvoton Technology). The bug appears to affect how the FRL (Fixed Rate Link) feature of HDMI 2.1 works – and unfortunately, early research suggests that a mere firmware update cannot fix the problem. Ouch.

It also seems possible that the problem could spread to other game-friendly next-generation AVRs on the way from Onkyo, Sony, and Pioneer, as those brands allegedly bought the faulty HDMI chip as well.

I reached out to Yamaha and Sound United (which owns both the Marantz and Denon brands) yesterday for comment on the situation, but while both said they were looking into the situation, I probably won’t get one until next week received official reply.

A report on Reddit suggests that Sound United has already promised its customers a permanent solution once one becomes available. However, so far I have not yet seen a formal public statement in person.

In the meantime, the only solution seems to be to get around the problems of sticking to 4K at 60Hz or plugging your console or RTX 30 PC directly into your display and using eARC or some other audio output to get sound from the Get AVR.

Of course, I will post an update on my Forbes channel whenever I hear from the affected AVR brands.

These were the details of the news X-friendly PS5 and Xbox series AV receivers reportedly affected by a... for this day. We hope that we have succeeded by giving you the full details and information. To follow all our news, you can subscribe to the alerts system or to one of our different systems to provide you with all that is new.