Leaked AMD Big Navi benchmarks could cause Nvidia to worry 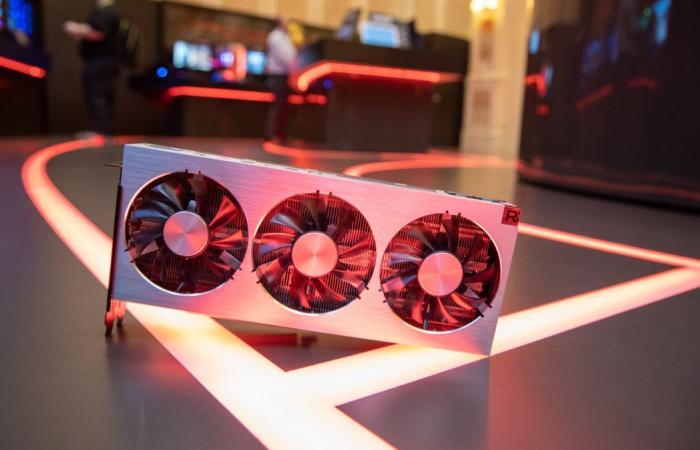 New benchmark results for the rumored AMD Radeon RX 6800 XT have surfaced online, suggesting that the GPU could outperform the Nvidia RTX 3080.

The benchmarks shared by Igor’s Lab are said to come from add-in board partners (AIB). As noted by VideoCardz, the AMD Ryzen 6800 XT is the only Big Navi variant that is made available to third-party board providers at launch.

Three benchmarks are offered – 3DMark Fire Strike Extreme, Time Spy Extreme, and Port Royal – all of which highlight the GPU’s 4K performance and its potential advantage over the RTX 3080.

This is especially impressive when you consider that the RX 6800 XT is expected to be a scaled-down alternative to the RX 6900 XT, with AMD expected to position the card as a rival to the Nvidia RTX 3070.

However, Nvidia’s RTX seems to have the advantage in 3DMark Port Royal at 4K. With a score of 5,415, the Ampere-based GPU outperforms the RDNA 2-based RX 6800 XT from AMD by more than 20%.

Since this is a ray tracing-specific benchmark, it’s no surprise that the Nvidia RTX 3080 comes out on top. However, the ray tracing functionality in current AMD drivers may not be fully optimized and we can expect better performance after the card is released.

We don’t have to wait long either, as AMD will launch its first Big Navi GPUs on October 28th.

These were the details of the news Leaked AMD Big Navi benchmarks could cause Nvidia to worry for this day. We hope that we have succeeded by giving you the full details and information. To follow all our news, you can subscribe to the alerts system or to one of our different systems to provide you with all that is new.