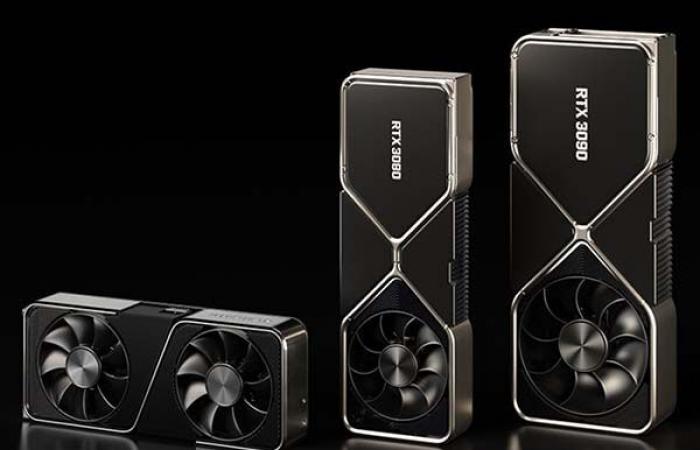 A new SKU list from Nvidia shows that the company is preparing a new RTX card, positioned between the RTX 3070 and RTX 3080, in anticipation of the AMD Radeon RX 6000 series launch next week.

It is not yet known whether this new card will use the slower GDDR6 memory of the RTX 3070 or the GDDR6X of the RTX 3080.

While the specs suggest that the new SKU may be for a potential RTX 3070 Ti / Super, it’s impossible to know for sure without a formal announcement from Nvidia. Either way, you will learn more about this card as Nvidia reveals more information. Who knows, this graphics card could stay up our sleeves until CES 2021 when we expect the RTX 3060 to appear.

These were the details of the news Is an Nvidia RTX 3070 Super on its way to turning... for this day. We hope that we have succeeded by giving you the full details and information. To follow all our news, you can subscribe to the alerts system or to one of our different systems to provide you with all that is new.