Tesla launches a new update that gives its cars the advantage... 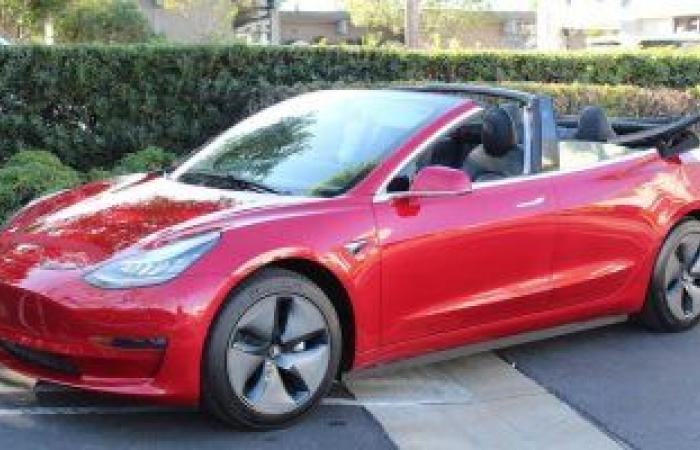 According to the “verge,” these customers will receive this update within Teslas early access program, which will enable drivers to access the partially automated driver assistance system on city streets, and the early access program is used as a testing platform to help eliminate software errors.

In a message to investors, Musk said Tesla was approaching this update very cautiously, because the world is a complex and chaotic place. Remaining. ”

Musk added that this rewriting would allow Tesla cars to interpret their environment in four dimensions instead of two, which would lead to significant performance improvements and faster software updates.

Previously, Musk described a fully-featured version of fully autonomous driving as enabling the car to drive from someone’s home to work without interference, and drivers would still need to be ready to take over if the car ran into trouble.

The new system can center a Tesla in a lane, even around curves, and adjust the car’s speed based on the vehicle in front of you. The Auto-Drive Navigation feature can suggest lane changes to around slower vehicles, directing Tesla toward highway intersections and exits.

Another feature can slow a Tesla car until it stops at traffic lights and stop signs, and the company has not yet allowed its customers to control the car at medium speeds, as they are likely to encounter traffic lights, intersections and other complications.

These were the details of the news Tesla launches a new update that gives its cars the advantage... for this day. We hope that we have succeeded by giving you the full details and information. To follow all our news, you can subscribe to the alerts system or to one of our different systems to provide you with all that is new.