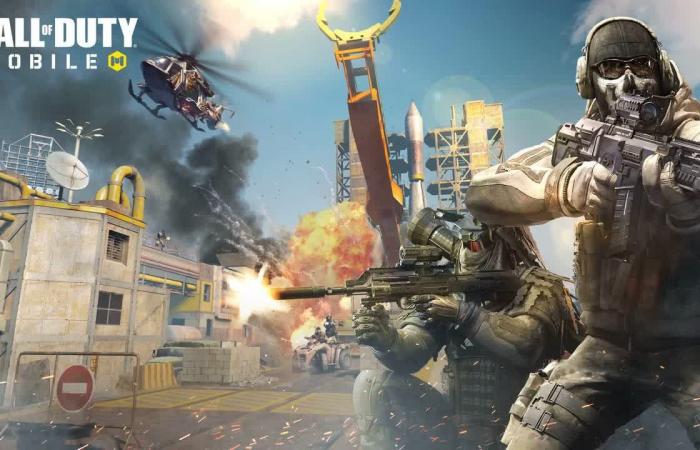 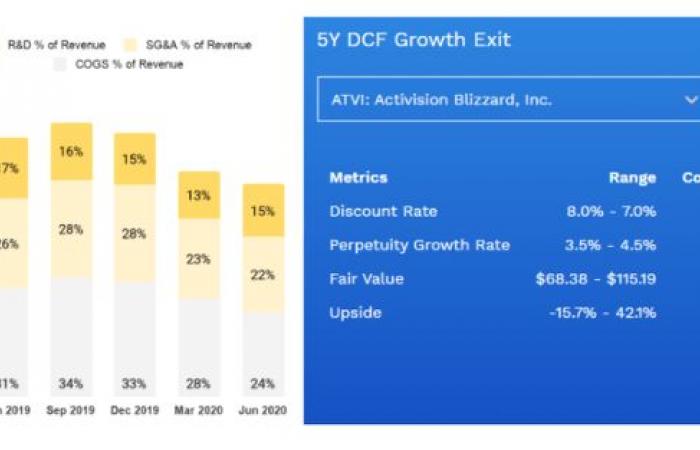 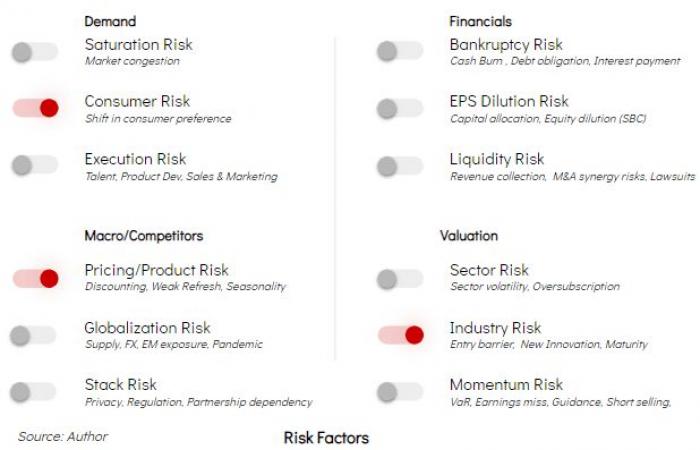 Activision Blizzard’s (ATVI) strategy of leveraging its top performing titles to drive user and engagement is producing great results. Call of Duty has exceeded expectations for the past few quarters. The recent approval of Call of Duty: Mobile in China will continue to generate strong bookings. The game is scheduled to officially launch on October 29th and there are already over 50 million pre-registered users. Call of Duty’s strong performance was largely backed by solid engagements in other titles, including World of Warcraft, Overwatch, Hearthstone and Candy Crush. In the future, Activision plans to add more content to keep up with the current engagement and MAU (Monthly Active Users) growth trend. This is supported by new titles including Tony Hawk Pro Skater and Crash Bandicoot.

While valuation seems foamy, I expect value investors to find the stock attractive. Risk averse investors should wait for the occasional correction to open a position.

In-game Call of Duty net bookings more than doubled from the first quarter and were around five times higher than the prior-year quarter. For the first three quarters, net bookings for Modern Warfare in-game now exceeded the price of three Call of Duty titles in the same period. – Q2’20 earnings call

Activision Blizzard had strong results last quarter. Revenue increased $ 380 million while earnings per share increased $ 0.28. Activision’s perfect strength for mobile devices, consoles and PCs ensured that all platforms contributed to the amazing beat. The Beat also benefited from Activision’s sizeable global reach of 425 million players. The growth of the MAU (Monthly Active Users) has largely benefited from a strong commitment to Call of Duty across all platforms. The gaming industry is emerging as a social media platform for gamers whose engagement translates into solid in-game revenues and digital subscriptions. I expect this trend will support Activision’s growth over the long term.

Call of Duty: Modern Warfare remains the top-selling video game, YTD. Activision took several spots in the top ten best-selling game list in September. I assume that this trend will continue towards the end of the year. The strong viewership on Twitch continues to underscore the strong commitment and demand for its key titles. Tony Hawk’s Pro Skater 1 + 2, a recent release, also pulls impressive numbers as it ranks 4th in the top 10 best-selling video games in September. Crash Bandicoot 4: Time to Get Strong Reviews for Metacritic While Crash Bandicoot debuted heavily, it has yet to be released on Nintendo Switch. Previous iterations of the game have been very successful on Nintendo Switch. Right now, most of its revenue comes from Play Station 4. Because of this, I expect the game will find it difficult to surpass its previous iterations.

In addition to growth, margins also improved in the previous quarter. Gross and operating margins benefited from in-game revenue despite headwinds in digital advertising revenue. I expect digital advertising income to gradually recover in the second half of the year. Revenue performance and margin expansion helped Activision maintain a solid free cash flow margin. FCF was $ 755 million last quarter compared to $ 127 million last year. As we move forward, I expect both margins and operating cash flow to normalize as Activision invests in new content and game additions.

The Call of Duty League has 1.1 million YouTube subscribers and their fight for the 2020 championship reached a maximum viewership of 330,000 people, all on Google’s video platform – Source – engadget

Activision meets its strategic needs. A recent poll by Piper Sandler highlighted Activision’s popularity with teenagers in the third quarter. Activision plans to maintain this success with the release of more content and titles. Activision is also working to grow its esports fan base. Twitch has been known to attract more viewers and streamers to games like Fortnite. Other top contenders include Valorant, a first-person shooter game published by Tencent (OTCPK: TCEHY). Valorant is a strong competitor to Overwatch. Overwatch is one of Activision’s strong titles, having sold over 50 million copies. Activision is currently working on Overwatch 2. The Overwatch League has also played a strategic role in Activision’s esports strategy. Valorant ranks in the list of the most streamed games on Twitch, indicating its serious threat to Overwatch’s fan base. Valorant also made the list of the most watched esports games in September. Activision recently switched to YouTube for great results. This move strengthens Activision’s visibility across streaming platforms.

Activision has benefited immensely from the demand-side tailwind. The market is still skeptical about its ability to sustainably monetize the expansion and new iterations of titles like Overwatch, Diablo, and Call of Duty. Given the volatility of video games, investors are expecting more titles to fuel the sustainability of revenue. Activision will release Overwatch 2 and Diablo in the coming quarters. When we add the strong strategy for mobile titles and sports, I think Activision is a good argument to keep the momentum going. Activision has a solid balance sheet and strong cash flow margins to continue investing in its stocks. When we factor in the multiple tailwinds in favor of video game platforms and the network effects of the 425 million monthly active users, we can argue that Activision will continue to generate solid cash flow margins over the long term.

I forecast a 5-year return on sales of 5% and an EBITDA margin of 30% to 35%. My sales growth forecast is conservative compared to the analyst consensus of double-digit sales growth over the next five years. I’m also happy with a discount rate of 7% – 8% which is moderate in a low interest rate environment while also taking into account the unpredictability of the gaming industry. Finally, I assume growth to eternity of 4%, which takes into account the sustained demand for new titles and the solid growth of the top titles. 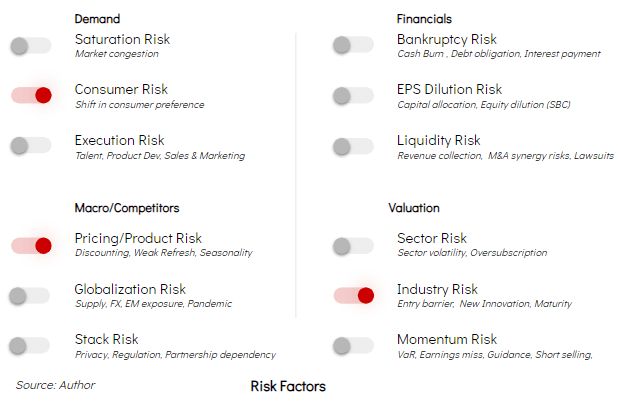 Activision’s momentum factor depends on a handful of games to drive growth. Given the competitive nature of the gaming industry, Activision’s revenue growth is subject to the whims of gamers, trends and seasonality.

Call of Duty: Mobile was recently launched in China. While the prospects for the game are huge, the strained relationship between the US and China makes it difficult to call this a home run.

The advent of free and mobile games has raised the barrier to entry for new studios. The success of games like Fortnite shows how easily players’ attention can be drawn to the hot titles. This makes it risky to predict future earnings for the Activision stocks.

Activision generates a significant portion of its revenue from cell phone ads. Apple (NASDAQ: AAPL) has created new guidelines to limit the amount of data developers can collect for target users. This makes it harder for developers to sell ads on their platform. IDFA (Identifier for Advertiser) is a way for brands to measure the effectiveness of their campaign. This will be replaced by the SKAdNetwork. Apple has postponed the implementation of the new updates until next year. If Apple continues to implement it, Activision’s advertising revenue could be impacted.

Activision is enjoying solid momentum. The growth and EPS factors have benefited from favorable trends that are fueling demand for video games. While it invests in maintaining exposure, competitive pressure and the capricious nature of players continue to drive the risk premium. Activision is valued fairly given the expected volatility of its future revenue guidance. I expect single-digit sales growth and a sustained EBITDA margin in the short term. I find the rating at the current price inline. Given Activision’s attractive margins and cash flows, value investors shouldn’t hesitate to take advantage of withdrawals, which will improve the overall return for shareholders.

If you enjoyed this article and would like to receive updates on our latest research, please click “Follow” next to my name at the top of this article.

Disclosure: I / we have no positions in the stocks mentioned and no plans to open positions within the next 72 hours. I wrote this article myself and it expresses my own opinion. I don’t get any compensation for this (except from Seeking Alpha). I do not have a business relationship with any company whose stocks are mentioned in this article.

These were the details of the news Activision Blizzard: A Solid Stock Pick with Attractive Growth Options (NASDAQ:... for this day. We hope that we have succeeded by giving you the full details and information. To follow all our news, you can subscribe to the alerts system or to one of our different systems to provide you with all that is new.