You can stream Xbox games to your iPhone now, but it’s... 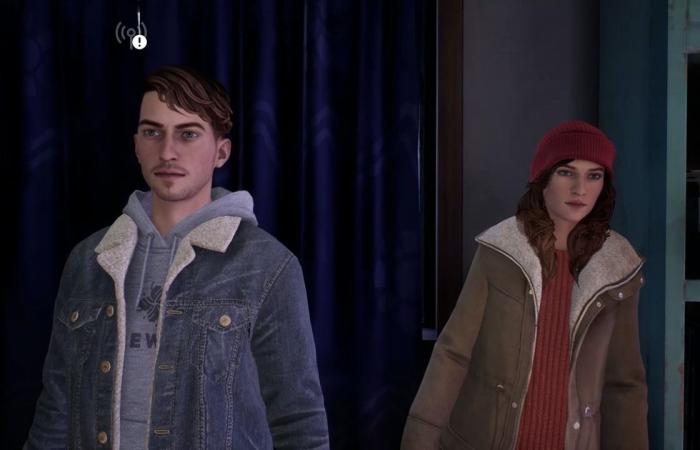 With this week’s update for the iPhone Xbox app, you can now remotely play Xbox games on your iPhone. It’s not quite the ballyhooed Android xCloud launch last month, but it’s a nice feature with a lot of potential under certain circumstances.

To play, you’ll need an iPhone that has been updated to iOS 12 or higher according to the App Store. Oddly enough, in Microsoft’s frequently asked questions, only iOS 10 is required. You also need a stable internet connection (Microsoft recommends 10 Mbit / s) or a rock-solid cell service (according to The edge, an LTE or 5G connection is sufficient). Of course, you’ll need an Xbox One, but Microsoft says this feature will work with next-generation consoles too.

Publisher’s Note: Unfortunately, this service is not yet available in Australia. Hold on for more.

On paper, it’s a simple process to get things going. First, open the Xbox app and sign in to your Microsoft account. Then click the Library tab (fourth from the right). You should see a list of the Xbox consoles that your account is bound to. If you don’t, just tap the Set Up Console button and follow the steps. When you have found the computer from which you want to start games, tap the appropriate icon and click on “Remote Play on this Device” in the pop-up menu. You will be asked to take a quick internet test. After that, you should be ready to go. For me it went off track immediately.

For one, it takes a few minutes to actually sync your Xbox and iPhone. I am prone to catastrophic impatience and accidentally reset the process three times thinking it wasn’t working. (You can tell if things are syncing by noting the brightness of your TV. If the Xbox home screen is noticeably darker, it is probably working. Your TV’s power saver or power saver is broken.)

After that, you will be asked to connect a controller to your phone via Bluetooth or USB. I ran into another catch here. Only certain Xbox One controllers can sync with an iPhone via Bluetooth. (Here’s a full list of compatible controllers.) If you bought an Xbox One like me in 2013 and are still using the same basic controller today, it won’t connect to your iPhone. As a workaround, I synced the DualShock 4 on my PlayStation 4 with my iPhone. After the PS4 controller was paired, I was ready to go.

I saw a lot of this loading screen today. This message does not guarantee the same result. (Screenshot: Microsoft / Apple / Kotaku)

With xCloud you can stream games directly from Microsoft’s server armada to your Android device. With the iPhone Xbox app you mirror the display of your Xbox on the screen of your iPhone. Such features have been possible with Android since last year, and Sony has a similar remote play feature. So if you’ve tried any of these features, you’ll know what to expect. This is not just game streaming. To split hair, it is a remote play function.

In practice, the results leave much to be desired. Although my wifi is currently under some strain – the result of four people being connected to the network all day every day – I have blazing internet speeds. A speed test this morning showed download speeds of 410 Mbps with a latency of 7 ms. Still like games Forza Horizon 4 clinked on my iPhone. Games that don’t depend on instant reflexes as quickly as Dontnods tell me why, were tastier, but I still noticed screen stutter. I would hate to see remote play work in parts of the country that don’t have access to New York City’s often reliable internet.

I also ran into some logistical issues, although admittedly they originated from myself. I live in a building with terrible cellular service (sorry mum!) So I went outside to test out this new feature. My phone, a 256GB iPhone SE and iOS 13.7, fluctuates between 5G and LTE depending on the arcane circumstances that I’ll never understand. Today the thing was apparently in the LTE mood, and when I was playing outside on my roof the app played for a minute and then presented me with a large, medium-sized error screen. Trying to connect while my phone was disconnected from the WiFi was also a no-go three times (although this could be a by-product of the terrible cellular service mentioned above). Maybe things run more smoothly on a 5G network – if KotakuMike Fahey tested xCloud on 5G, it worked fine – but I can’t try that at the moment.

Yes, I use a PS4 controller to play Xbox games on an Apple phone that is leaning against a Nintendo console. How’s that for Corporate Synergy®? (Photo: Kotaku)

In addition, my iPhone SE’s 4.7-inch screen was difficult to read and the PS4 controller had some limitations when pairing with Xbox games. For one thing, I didn’t have a chance to return to the Start menu to start a new game because there isn’t an Xbox button on the DualShock 4. To work around this issue, I had to use the Xbox One controller to control the Xbox main menu and switch between games and the PS4 controller to actually play them. Why I didn’t use the Xbox One controller all the time, as the iPhone app simply mirrors the Xbox’s display, I found a more frustrating latency with the console’s controller. (If you have a more modern Xbox One controller with Bluetooth capabilities, or a mobile controller that you want to plug directly into your phone, you can bypass all of these.)

Playing Xbox One games on an iPhone sounds like a cool feature, a possible shift in Xbox oeuvre. The main attraction of the Switch when it launched in 2017 was the fact that you could pass the big screen without slamming the pauses in your game. You could play the same console quality games such as: The Legend of Zelda: Breath of the Wild, on your couch, on the porch, on a road trip or on a plane. If you carefully follow the Xbox Remote Play feature, you can still hand the TV over to anyone else who uses it and wants to keep playing Xbox One video games. Microsoft’s cloud storage works well here, and you can get backup files right where you left off. That doesn’t fix anything about the spotty connectivity or latency issues. If you don’t have the equipment to get it working you are likely to encounter frustrations like me. And you definitely won’t be able to play power During your vacation in the Mediterranean, no matter how good the WiFi is, unless you bring your Xbox with you. Come on: who’d want to waste the scratch on those baggage fees?

Even if you get a kick out of the novelty, the use case here is very, very limited. It smells like potential – imagine playing Halo: Die Master Chief Collection Handheld, without stuttering! – but is currently half-baked and imperfect. All in all, it seems like Microsoft is checking a box more than providing an actual service.

These were the details of the news You can stream Xbox games to your iPhone now, but it’s... for this day. We hope that we have succeeded by giving you the full details and information. To follow all our news, you can subscribe to the alerts system or to one of our different systems to provide you with all that is new.