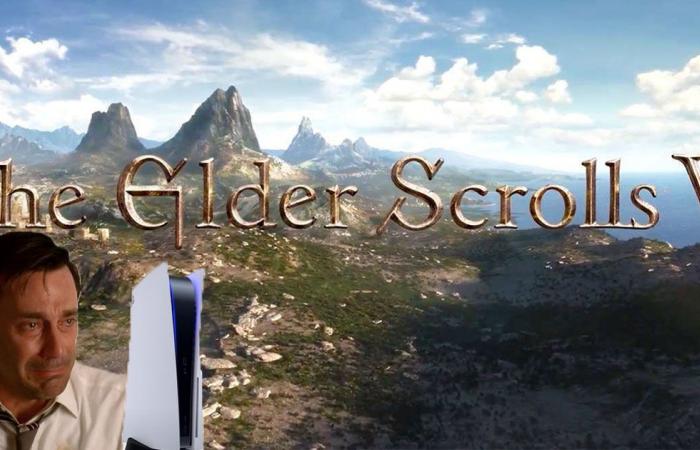 Confirmed and teased for E3 2018, The Elder Scrolls VI is not the priority of the Bethesda studio, whose teams are currently working on Starfield, his space epic which would have leaked recently. And following the recent acquisition of Bethesda via Zenimax Media by Microsoft, The Elder Scrolls VI may well dodge the PlayStation 5.

Asked recently by the Kotaku editorial staff, Phil Spencer, the man at the head of Xbox at Microsoft, spoke about the buyout of Bethesda and Zenimax. The future of the studio’s licenses was also discussed, the opportunity for the American businessman to reveal more about the manufacturer’s plans. And it goes without saying that PlayStation gamers are not Spencer’s priority. At the question “Is it possible to monetize a $ 7.5 billion investment by not selling The Elder Scrolls VI on PlayStation?“, Phil Spencer wanted to be categorical:”Yes.”

“Be aware, this deal was not made to remove games from a gaming community. Nowhere in the documentation that we put together did we write, ‘How do we stop these players from playing these games?’ We just want more players to be able to play these games. But I would also say that the model that we have, when I think of the location that people will be able to play it from, and the number of devices that we have, especially that we have xCloud, the PC and the Game Pass, as well as our console players, I don’t need to market these games on another platform other than the one we already support in order to make this agreement profitable. ”he continues.

The message is clear : players should not expect to discover The Elder Scrolls VI on PlayStation consoles. Especially since Microsoft has no need to enter into any financial agreement with the Japanese manufacturer. But with the democratization of cloud gaming, the next installment in the series of Elder Scrolls could be playable anywhere, just from a phone, much to the chagrin of PlayStation 4 and 5 owners. Microsoft has no interest in releasing the games resulting from its recent takeover on Sony consoles, no offense to lovers of the Japanese giant.

Console and PC players can therefore continue to rub their hands together, while imagining that they can feel the majority of the exclusives on the market. Although Sony is significantly ahead with pre-orders of next-gen consoles and sales of current-generation consoles, Microsoft may well have to attract more and more players, as its catalog grows and its services improve. The Microsoft ecosystem is so vast that it seems difficult to escape it forever.

These were the details of the news PlayStation 5 gamers may cry bitter tears for this day. We hope that we have succeeded by giving you the full details and information. To follow all our news, you can subscribe to the alerts system or to one of our different systems to provide you with all that is new.