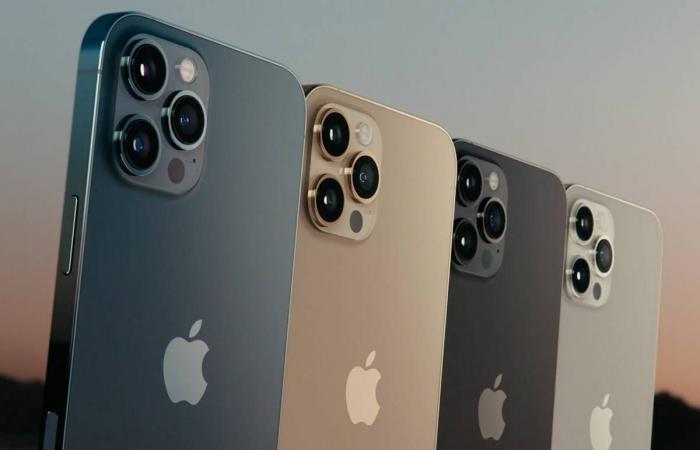 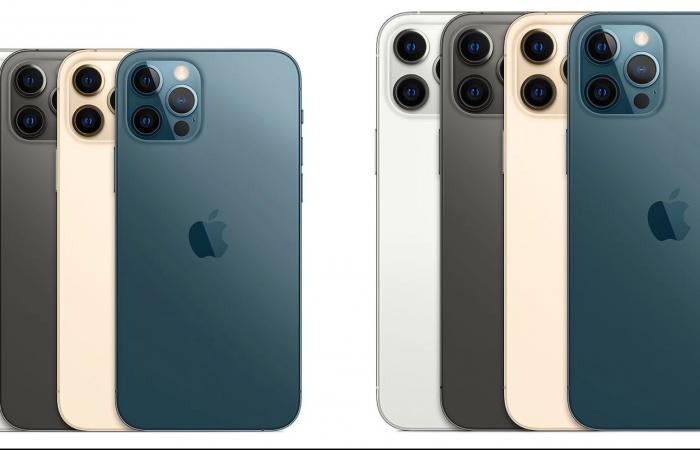 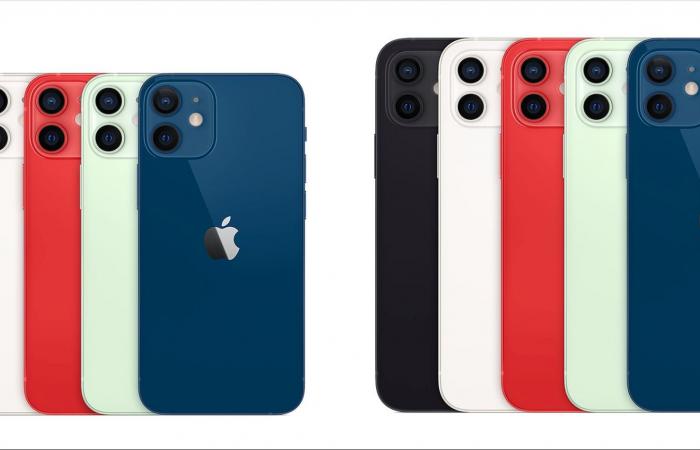 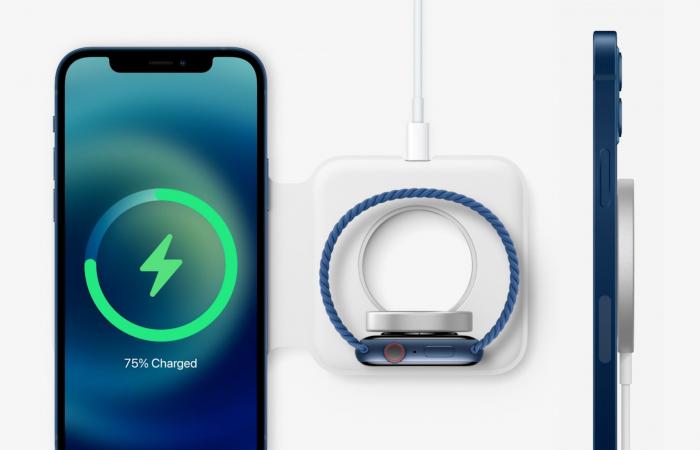 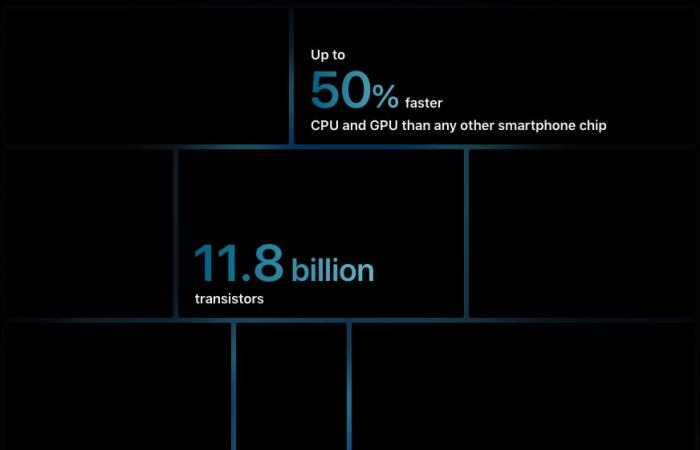 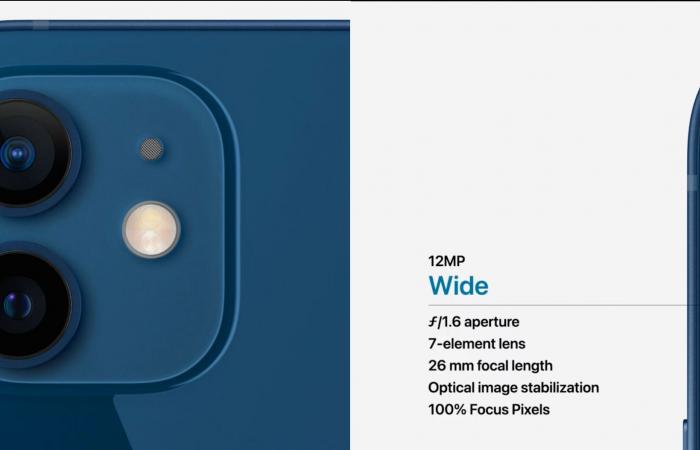 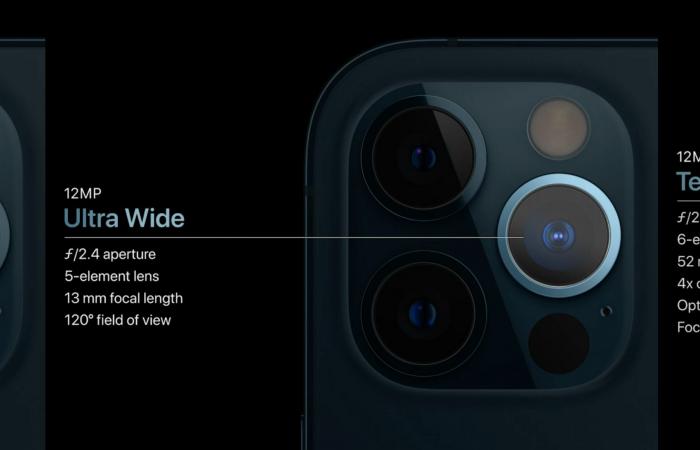 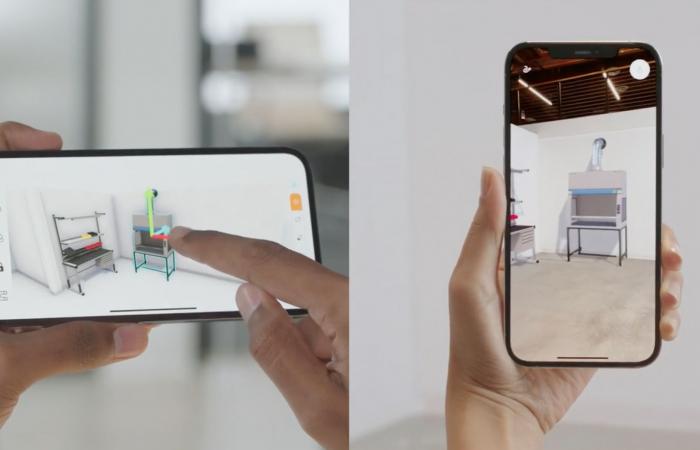 Apple on Tuesday introduced its latest iPhone line-up, finally entering the high-speed 5G race and banking on it to sustain the crazy momentum it has enjoyed despite this year's coronavirus pandemic.

The world's most valuable company with a $2 trillion market capitalisation revealed the new iPhone 12 models - including the iPhone 12, 12 Pro and 12 Pro Max, plus a new iPhone 12 mini, at a virtual event from Apple Park, which marked the most number of iPhones introduced at a single event, surpassing the past three years that saw a trio of models launched each time.

And the even better part: Apple has lowered prices for the Pro devices in the UAE.

They also come with a throwback design, with more geometric edges reminiscent of that from the last generation to use this look, the iPhone 5. The changes also makes the new iPhones 11 per cent slimmer than its predecessors.

After the event, Apple removed the iPhone 11 Pro and 11 Pro Max from its website - but the iPhone 11 and XR continue to be on sale, and now at lower Dh2,499 and Dh2,099 starting prices, respectively.

New way to power up

However, the iPhone 12 devices will not come with a wall plug and an EarPods headset. Apple says the move is part of its wider campaign to reduce its carbon footprint; this would further reduce emissions and avoid the mining and use of such materials.

That would result into lighter and smaller packaging, 70 per cent more boxes shipped into a pallet and, taken altogether, slash over two million metric tonnes of carbon emissions on a yearly basis - the equivalent of taking out about 450,000 cars from the road.

Apple had already announced some time ago that it aims to be carbon-neutral by 2030. In another first, iPhone 12 Pro models will use 100 per cent recycled rare earth elements in all magnetic components, which include its camera, Taptic Engine and MagSafe and its accessories.

The iPhone 12 package still does include a charging cable, but now a USB-C-to-Lightning one. It was widely speculated that Apple would do away with its proprietary Lightning port on the iPhone 12, similar to what it did to this year's iPad models.

Apple, though, made up for the lack of a wall plug with an enhanced way to charge the iPhone 12: MagSafe, a wireless charging method using an accessory similar to the one used on Apple Watches. A varied version of this is used on older versions of MacBooks. 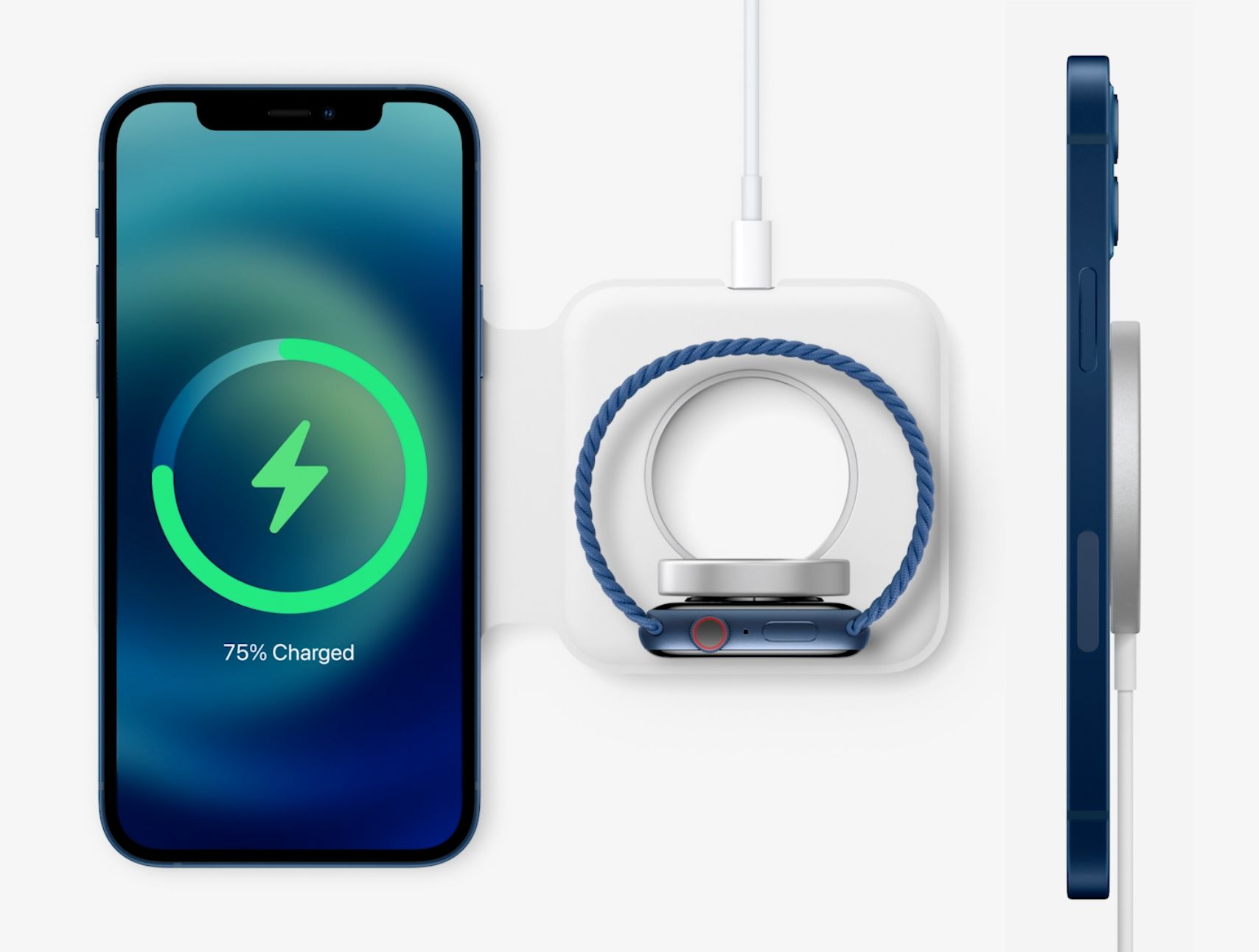 MagSafe chargers align to magnetic connectors on the rear of the iPhone and promises up to two times faster wireless charging speeds. They work with specific iPhone cases and wallets, and won't damage credit cards. The iPhone 12 series remain compatible with Qi-supported chargers.

More power across the board

CEO Tim Cook kicked off the event with his usual keynote, who stressed the continued popularity of the iPhone and touted the services Apple has been rolling out that has helped it soar in an unusually challenging year. He said that customer satisfaction with the iPhone remained very high.

All models are powered by the new A14 Bionic chip, which Apple says is the first smartphone processor using 5nm technology; it has 11.8 billion transistors within it, allowing it to perform over 11 trillion computations per second. 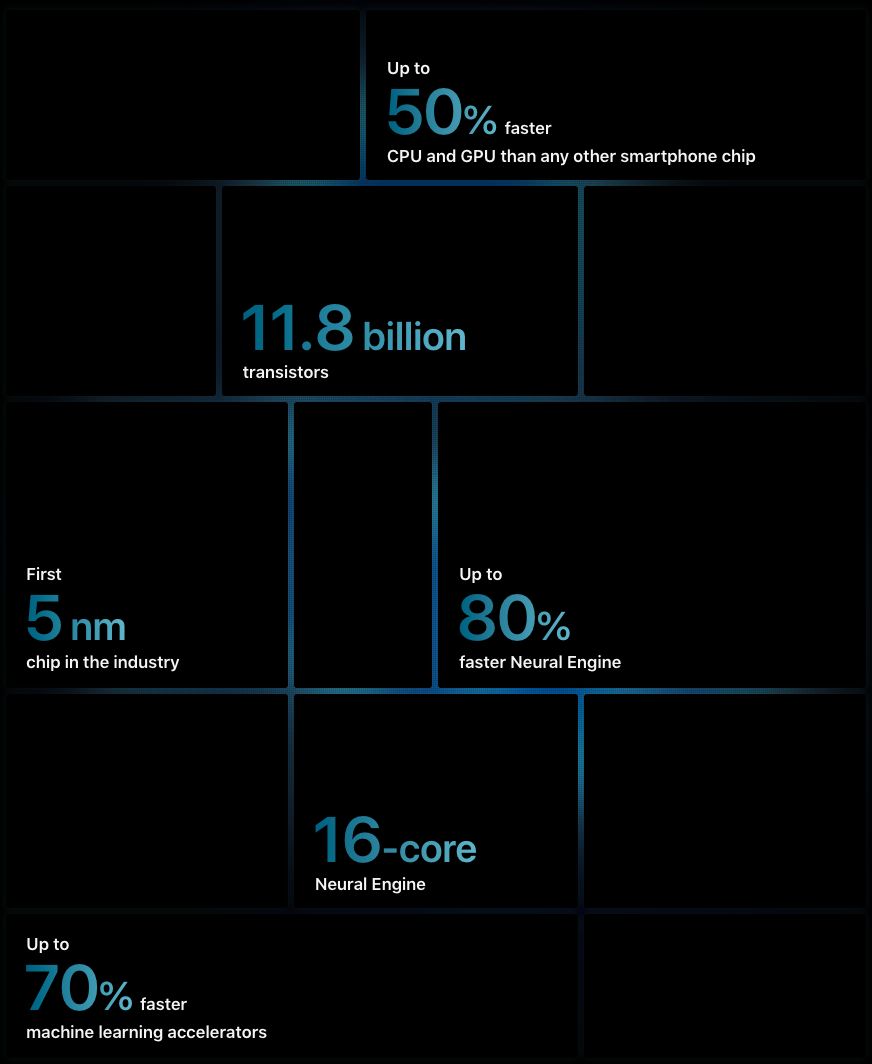 They are also enhanced with what Apple calls Ceramic Shield, which makes the new iPhones four times less likely to break when dropped.

All iPhone 12 units have vastly improved cameras, including up to 87 per cent better performance in low-light situations for the Pro models. The iPhone 12 and 12 mini have dual cameras, while the Pro models have a triple-lens setup, with all having 12MP sensors.

Apple says they are also the first smartphone cameras that are fully compatible with Dolby Vision content, which will allow users to capture, edit and share cinema-calibre videos using the iPhone 12.

Plus, the iPhone 12 Pro models come with a Lidar scanner, similar to what was put in the cameras of the iPad Pros launched earlier this year. With Lidar - light detection and ranging - users can map out an area and use that data for critical applications, augmented reality being foremost. Lidar on the new iPhones have improved efficiency and accuracy, shorter capture time and faster autofocus in low light, among others. 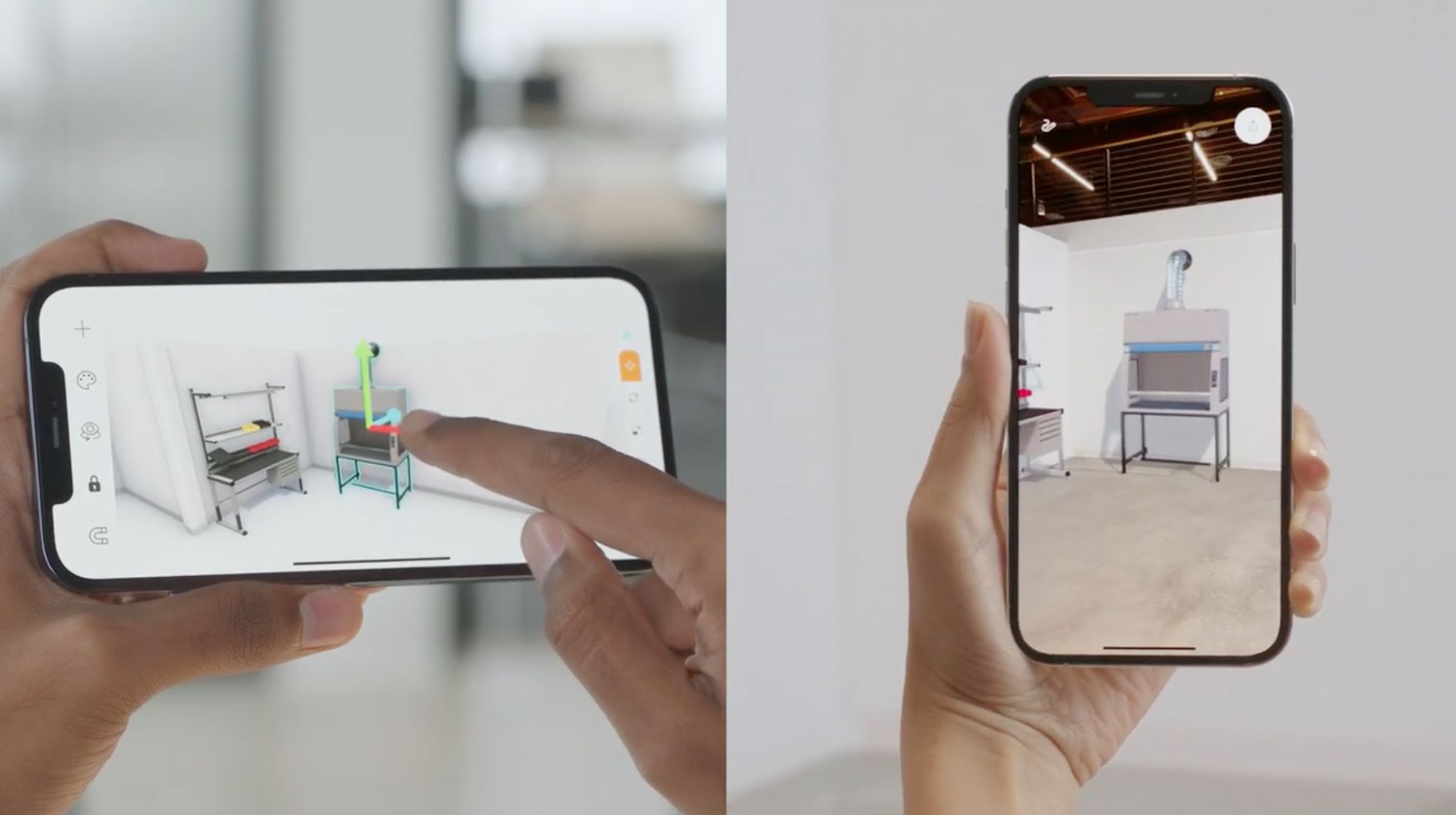 Meanwhile, Apple also introduced the HomePod mini, a smaller version of its smart home speaker but with enhanced features.

Aside from its improved audio system with its new S5 chip and Apple-engineered full-range driver, the HomePod mini can now act as an intercom, wherein users can send a message from one HomePod to another. This also works with the iPhone, Apple Watch, iPad, AirPods and even CarPlay.

Apple also promises its high-grade security on the new smart speaker. Only after 'Hey Siri' is recognised or Siri is activated by touch will information be sent to Apple servers. They also guarantee that personal information is not sold or shared to any third parties, and requests are not associated with a particular Apple ID.

The HomePod mini is priced at $99, but will not be available in the UAE.

The introduction of the mini versions of the iPhone 12 and HomePod now also means Apple now has mini models across all of its hardware.

These were the details of the news New-generation iPhone 12 slimmer and sleeker with 5G for this day. We hope that we have succeeded by giving you the full details and information. To follow all our news, you can subscribe to the alerts system or to one of our different systems to provide you with all that is new.